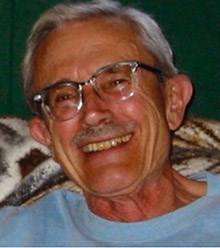 Bruce Bryant passed away January 12, 2021 in Boulder, Colorado. He was born in New York City, New York, grew up in Springfield, Vermont attended high school at Hotchkiss in Connecticut and college at Dartmouth College in New Hampshire. He made his first trip west after graduating from college and fell in love with the west. He attended the University of Washington where he earned his PhD in Geology.

He met his wife Dolores Ann Becker (Sandy or San) at Mt Rainier and they settled in Golden, Colorado and raised their family. Among Bruce’s passions were mountains and the outdoors. He loved field work, skiing, hiking and instilled that passion for the outdoors in his 4 children. He was active in preserving open spaces and natural resources through the Clear Creek Conservancy and Plan Jeffco in its early days. In addition to the outdoors he loved knowledge, learning and travel. He read deeply and broadly and was always quick to bring out reference books at the dinner table. He had a long and productive career as a research geologist with the United States Geological Survey where he mapped in North Carolina, Kentucky, Colorado, Utah and Arizona resulting in over 100 publications.

After retiring he continued to go to the office and write and publish. His family and friends will remember him as a person of great integrity and intellect with a fine sense of humor. Bruce was preceded in death by his wife Sandy (2007) and is survived by his four children Lisa Bryant, Ross Bryant, Keith Bryant and Mark Bryant, eight grandchildren Will Wells, Reed Bryant, Taylor Bryant, Alexander Bryant, Jesse Bryant, Bianca Bryant, Isabella Bryant, Jeremy Bryant and 4 great-grandchildren Mia Bryant-Lopez, Felipe Bryant-Lopez, Santiago Bryant-Lopez and Julian Bryant. Memorial gifts can be made to the Colorado Open Lands 1546 Cole Blvd. #200 Lakewood, CO 80401 https://coloradoopenlands.org/ or the Colorado Scientific Society Memorial Fund P.O. Box 150495 Lakewood, CO 80215-0495 https://coloscisoc.org