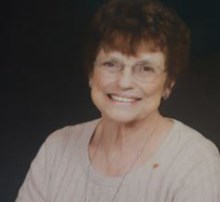 Carol Lucille Kruse passed away on February 11, 2021, at the age of 81 while residing at Legend Memory Care in Broomfield, CO.  Carol was born in Rochester, NY, in 1939 and was adopted by Butch and Gladys (Fairweather) Vaughn at the age of 5.  She lived her childhood years in New Mexico.

In 1960 Carol married the love of her life, Jack Kruse.  They spent their first 5 years together traveling with the Bureau of Reclamation surveying crew and having 2 children.  In 1965 they had built and settled in their home on Spring Creek Mesa in Montrose, CO.  After raising the kids to school age, Carol worked several years for Montrose County in the Motor Vehicle Division.  During their children’s teenage years, she worked as homemaker and was then elected Montrose County Clerk and Recorder in 1979. She served her community and family in that role until her retirement in 2007.

Carol had many interests and was an active member within her community.  She was a longstanding faithful member of the Presbyterian family.  She received her 60-year pin in 2019 from the Beta Sigma Phi Sorority. Over the years Carol’s service as a volunteer, enjoying cards, games, lunches with the ladies, bible study, church choir, and working with the public all lead to Carol being a highly respected member of the Montrose area, as well as beloved friend to many.  She enjoyed picnics, camping and weekend excursions with family and was always up for getting away from it all in the great outdoors.

A memorial will be held at the Montrose Presbyterian Church on June 5, 2021 and will be noted in the Daily Press in May.