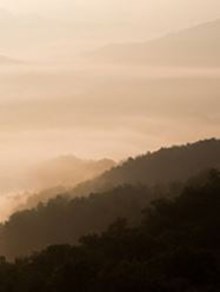 Services for longtime Lamar resident, Clinton Ross Bean, affectionately known to his family and friends as Clint will be held at a later date.

Per Clint’s request cremation will take place and there will be no visitation.

He is preceded in death by his father; his maternal and paternal grandparents and his aunt Betty Igou.

Clint is survived by his wife, Tonya Bean of the family home in Lamar; children, Aly Bean of Wiley and Justin Bean of Lamar; his mother Judy Bean of Pueblo, CO and his sister, Amy (Dave) French of La Jolla, CA; his mother and father-in-law, Ancel and Jackie Malone of Granada, CO and his brother-in-law, Todd (Trisha) Malone of Walsh, CO. He is also survived by numerous aunts, uncles, nieces, nephews, other family and a host of friends.

Robert Ford Henry
Oct 28, 2020 12:29 PM
Comments
We welcome your feedback and encourage you to share your thoughts. We ask that you be respectful of others and their points of view, refrain from personal attacks and stay on topic. To learn about our commenting policies and how we moderate, please read our Community Guidelines.