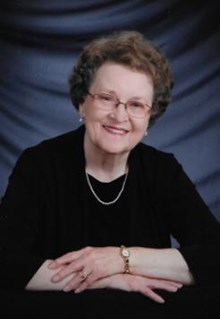 Delima was born December 30, 1927, in St. Ignace, Michigan to the late Lloyd and Martha Allen Cheeseman. Lloyd and Martha were loving parents and this love that Delima was shown passed down to her children. She was preceded in death by two husbands, James A. Smith Jr. and Harold Joseph Pavel, to whom she was married to for 58 years. She was also preceded in death by her brother Robert Cheeseman and nephews, Robert Jr. and Michael Cheeseman. She is survived by her daughter, Linda; sons, Hal (Supatida), Steven (Penny), Wayne (Paula) and David(Julie); 6 grandchildren: Forest, Jade, Jason, Kathryn, Melinda and Lee Ann; and 3 great grandchildren: Hayley, Sienna and Haven.

She is also survived by nieces Sharon and Cathy, and nephews Pat and Lloyd. Our beloved mother had been a member of Faith Evangelical Church in Loveland for over 30 years and was a member of the choir for many years as she loved to sing. During her retirement years, she was a volunteer at McKee Hospital. Prior to raising a family, Delima worked as a secretary in the General Service Administration in Washington D.C.