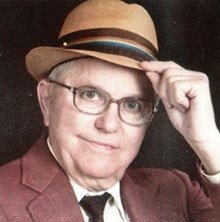 Francis Marion McKinney passed away on February 16, 2021. Born in Indiana, he graduated from Purdue University with honors after having served four years in the Air Force.

Francis spent most of his life working in the aviation industry. The highlight of his career was working at NASA during the Apollo program. He closed out his career working for the FAA in Longmont CO.

Preceded in death by his first wife, Bonnie; he is survived by his wife, Florence.

A memorial service will be announced at a later date when weather is more favorable.