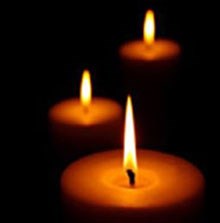 Gerry Fleischer was born in St. Louis MO.  He completed college there and then entered the U.S. Navy.  When he was discharged from the Navy, he spent the rest of his life in California, until he moved to Loveland in 2004.  He received his masters' degree at UC Berkeley, then went to Stanford University for his doctorate degree.

He married Ann Ivancic. Two children were born to them. Andrea and Adam.

Gerry spent 33 years as a professor at the University of Southern California.  He authored many professional articles and several text books.

In 1993 he married Carolyn Boyum, whom he met on a Sierra Club hike.  Gerry and Carolyn loved to travel, and visited several countries.  Gerry is survived by his wife, Carolyn, his son Adam and wife Leslie, and their daughter, Gillian, and his daughter Andrea McCutchin and husband Mike, and their sons, Evan and Ryan.  He is also survived by four stepchildren, seven step grandchildren and three step great grandchildren.  Gerry was a lifelong member of the Jewish faith.

Services will be held after the current epidemic is over.