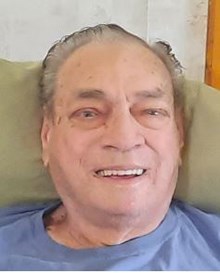 Glenn Lloyd Bieler, age 83, died March 26, 2021 at his home in Broomfield, Colorado. He was born July 5, 1937 in Eureka, Kansas to James “Foster” and Ruth Hazel (Rouse) Bieler, who preceded him in death. On December 31, 1963 in back to back ceremonies with his sister Evalina, Glenn married Verna Marie Wright, who survives, in Broomfield.

Glenn was extraordinarily dedicated to his family, often traveling hundreds of miles to visit relatives in Salina, Kansas and Little Sioux, Iowa at every opportunity. When Glenn was presented with challenges throughout his travels, he always found a way to overcome them and complete the journey with a positive outlook.

He was predeceased by his brother Bernard Allen Bieler (2019) and his son Douglas Glenn Bieler (1986).

Due to Covid-19 Restrictions on Attendance – Family Invitation Request Only