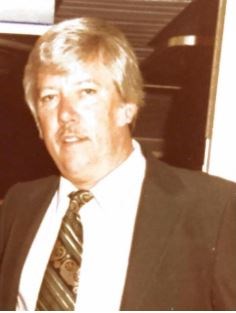 James was born on April 27, 1937 in San Francisco, CA to Francis Murphy and Mary (Calvert) Murphy. He served four years in the USAF as an airman first class. He then received his undergraduate degree in Economics and a MBA from Humboldt State University. He was a business owner and found success in sales. He had 5 children with his first wife (Bette L. Bahr) : Ronald, Michael, Brett, Lance, & Marci. He later married Paula Wong Chin and had many happy years.

James was preceded in death by his father, Francis, his mother Mary, his wife Paula, and sons Ronald and Brett. He leaves behind three children: Michael, Lance, and Marci, numerous grandchildren, sister Judy, sister in law Peggy, as well as several nephews, and a niece.

James will be remembered for his generous heart,  his boisterous laugh, big hugs, and his love of football and sports. He also loved the New York Times Crossword puzzles and was extremely good at quickly completing them.

Wendy Henderson
Jul 14, 2020 5:54 PM
Comments
We welcome your feedback and encourage you to share your thoughts. We ask that you be respectful of others and their points of view, refrain from personal attacks and stay on topic. To learn about our commenting policies and how we moderate, please read our Community Guidelines.