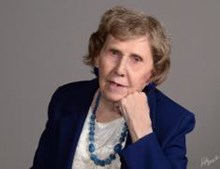 Jane was born April 28, 1926 to John and Jane (Imlay) Kuhl in Burbank, Calif. After the death of his wife, Mr. Kuhl moved back to Odebolt, Iowa with his baby daughter to live with his parents, Herman and Nella Kuhl, and his sister Louise so they could help care for her.

Jane attended schools in Odebolt, graduating in 1944. She attended Iowa State College for a year and then went to work in Des Moines. In 1948 she moved to Denver and worked in the office of a furniture company.

It was in Denver that she met Darvin Krueger of Amherst, Colo. They were married Dec. 10, 1950 at St. Paul’s Lutheran Church and raised their five children in Amherst. Jane devoted herself to her home and family and later worked at Speer Cushion Co. in Holyoke, retiring in 1988. A few years after her husband’s passing, she moved to Holyoke.

Jane was a member of St. Paul’s Lutheran Church in Amherst where she served in the Ladies Aid and the Lutheran Women’s Missionary League. She taught Sunday School and Vacation Bible School and was a 4-H Leader. Prior to the closing of the Amherst school, she was a member of the school’s mothers’ club. Jane was also active in the American Legion Women’s Auxiliary and the Caring & Sharing Board in Holyoke and volunteered with Meals on Wheels.

Jane was an excellent seamstress and enjoyed baking and sharing her cinnamon rolls, making tied quilts, camping, traveling extensively throughout the U.S., visiting others, volunteering, and spending time with her children, grandchildren and great-grandchildren. She was happiest when she was in service to others.

In 2007, Jane moved to a retirement community in Longmont to be near her daughters and became a member of Messiah Lutheran Church in Longmont.

She was preceded in death by her husband Darvin in 1988.

She is further survived by her sister-in-law Glendoris (Kenneth) Ross, nephew Harley (Debbie) Ross and niece Ginnie (Tom) Krough, their children and grandchildren; other relatives, and many friends.

Memorial contributions may be made to St. Paul’s Lutheran Church, P.O. Box 7, Amherst, CO, 80721. A memorial service in Amherst and interment at Holyoke Memorial Park will be planned for a time when family and friends can gather.

William E Jones
Jun 9, 2020 12:13 PM
Comments
We welcome your feedback and encourage you to share your thoughts. We ask that you be respectful of others and their points of view, refrain from personal attacks and stay on topic. To learn about our commenting policies and how we moderate, please read our Community Guidelines.