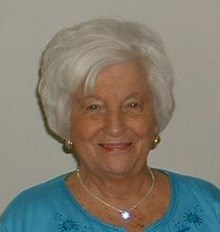 Ruth Lorrene Scruggs Powell went to be with her Lord and Savior the evening of Tuesday, April 27, 2021.

She was born on March 31, 1929 in Roanoke, VA. She was a devoted pastor’s wife, mother, grandmother and great-grandmother.

Mrs. Powell was born and raised in Roanoke, Virginia. She met her husband in college at Central Wesleyan College in South Carolina where she studied music. Together they served in the ministry for many years in Indiana, Ohio, Tennessee, Virginia and North Carolina.

Music was a huge part of Ruth’s life. She loved playing the piano and taught piano lessons for several years. She directed choir in church as well as community choirs for various Christmas and Easter programs. She also enjoyed organizing Christian women’s conferences. Ruth loved the Lord with all of her heart and prayed daily that all would give their hearts to Him.

Ruth had been a resident at Columbine West Health & Rehab Facility in Fort Collins, Colorado for six years. The family would like to thank the staff there for the wonderful care they provided for Ruth.

A private graveside remembrance will take place at 11:00 a.m., May 3, 2021, at Resthaven Funeral Home. Interment will be in Resthaven Cemetery with her husband. In lieu of flowers, the family suggests memorials be made to Alzheimer’s research or Pathways Hospice.