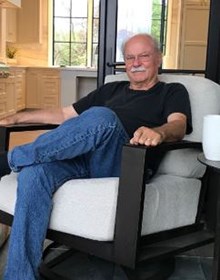 Warren Lee was born March 7, 1942 in Dearfield, Kansas and lived there until he was 15  when his family moved to Olathe Colorado.  He was very active during his high school years in Olathe participating in basketball, hunting, and he played the trumpet in the band.  After graduation he joined the Army where he served his Country for two years.   He then lived in Denver where he met his wife of 53 years, Ada Marie Smith.

Warren and Ada moved back to Kansas to go to college where he attended and graduated from Ottawa University with a major in biology and chemistry.  In 1979 he moved his family to Longmont Colorado where he resided until his death.

Warren was the world’s best husband, father, grandpa and friend.  He put his whole heart and soul into his family.  Everyone that knew him considered him to be the most kind and selfless person that they knew and would beg to hear him laugh.  He touched many with his kind and caring heart and had a soft and approachable demeanor. He was passionate about his faith and integrity, and he was diligent in his pursuit to win over everyone he could to Jesus Christ. He was a good and faithful servant and is now enjoying his reward in heaven.

Memorials can be made to New Creation Church - Warren Smith Memorial.

The Funeral will be held at 10am on Saturday, July 25th at New Creation Church 737 Bross St., Longmont, CO 80501 Followed by a burial at Foothills Gardens Cemetery and lunch at New Creation.

James Murphy
Jul 14, 2020 1:33 PM
Comments
We welcome your feedback and encourage you to share your thoughts. We ask that you be respectful of others and their points of view, refrain from personal attacks and stay on topic. To learn about our commenting policies and how we moderate, please read our Community Guidelines.