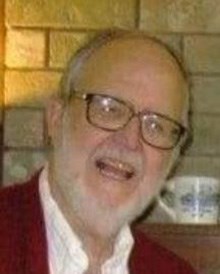 Wayne Clyma, 85, of Fort Collins, passed away Friday March 19th, 2020. Wayne was born on August 1st, 1935 in Keota, Oklahoma to Joe and Rose (Strickland) Clyma. He had 7 older brothers. He graduated from Keota High School in 1953 and graduated from Oklahoma State University 1958 with a B.S. in Agricultural Engineering. He entered the Army in April 1959. After basic training at Fort Ord, California, he was released to the Army Reserves to finish his commitment. He started graduate work at Oklahoma State University.

Wayne met the love of his life Marjorie Marie Sappington in Amarillo, Texas. They were married in July of 1960 in Mangum, Oklahoma. His sons Gary and Howard were born during his Masters course work. He completed his M.S. in Agricultural Engineer in 1963. He then became Assistant Professor at Oklahoma State University and worked on their project for agricultural training with the Haile Sellassie I University College of Agriculture in Dire Dawa Ethiopia. He developed curriculum and taught agricultural engineering technology from 1964-1966. Wayne worked as a research associate at the University of Arizona while in the doctoral program. His son David was born while in Tucson. He graduated with a PhD in Agricultural Engineering in May of 1971.

In Fall of 1971, Wayne started as a professor at Colorado State University (CSU). He was a professor and then Professor Emeritus at CSU for 27 years. While at CSU his worked focused on irrigation water management and he worked in various countries through World Bank and the US Agency for International Development. These included Pakistan, India, Sri Lanka, Thailand, Nepal, Egypt, Kenya, and Chile. Wayne also worked with Irrigation Water Management improvement projects in several US States including Colorado, Texas, and Arizona. He was the Associate Project Coordinator the Egyptian Water Use and Management Project for 7 years. He was the Co-Project Coordinator of the Water Management Synthesis Project for 5 years and the Project Director of the Water Management Synthesis II Project. He worked on several Interdisciplinary Water Management Projects that included engineers, agronomist, economists, and sociologists from federal agencies and several universities.

He was a member of the American Society of Agricultural and Biological Engineers (ASABE) for 62 years. He received several awards, most notably in 2009 the Kishida International Award was presented by ASABE for outstanding contributions toward food and fiber production, improved living, and education of people outside the United States. He also received a National Water Research Center’s Anniversary Appreciation Award from the Govt of Egypt Ministry of Agriculture for his work on the Egyptian Water Use and Management Project and a Gold Medal Award from the Government of Pakistan for “Meritorious Service in Water Management”. In 1993, He was inducted into the Keota Alumni “Hall of Fame” for his work in the field of education and water management.

While in Fort Collins, Wayne and Marjorie were the host family for many international students thru International Student Inc. They invited them into their families to participate in holiday celebrations and took them to Este Park and Pingree Park. They invited them to church and often took them shopping to Denver. In some case, they were “adoptive” grandparents for the students’ children. They continued their relationships with many of the students even after they left CSU.

Wayne was an active member of Immanuel Baptist Church (now City Park Church) for many years serving as a deacon, on several committees, and as a Sunday School Teacher in the College and Career freshman class. Wayne was also an active supporter of the Baptist Student Union also known as Christian Challenge. For many years, Wayne taught a Bible Study for International Students

Wayne was proceeded in death by his wife Marjorie, his son David, his parents Joe and Rose, brothers Fred, Frank, Bob, Lin, Joe, Jack, and Wallace. He is survived by his sons Gary (Fort Collins, CO), Howard and wife Christy (Stephenville, TX), sister-in-law Verona (Keota, Ok), and many nieces and nephews and cousins, as well as many “adopted daughters and sons” through his time working with college students.

Flowers may be sent to City Park Church. In lieu of flowers, donations may be made to the Alzheimer Association or to the CSU Christian Challenge to support the staff.