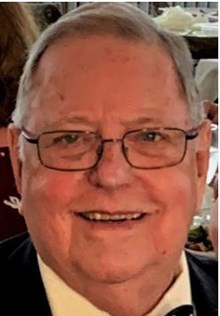 Wayne was born on May 23, 1942 in New Orleans, Louisiana to Wilson and Thelma (Guidry) Parent. In 1962, Wayne married his wife Annette and they had four daughters that were his world. Wayne worked for IBM and moved his family to Houston in 1974, then to Longmont, Colorado in 1978, where he continued to work for IBM before retiring in 2001. Wayne had a strong faith and was a founding parishioner at Spirit of Peace Catholic Church and later Light of Christ Ecumenical Catholic Church. Wayne was a friendly and loyal man with Southern charm, which helped him to make many close friends throughout his lifetime. Wayne’s family and friends know him for his warm compassionate heart, great advice, and being a lover of debating politics.

Wayne was preceded in death by his loving wife, Antoinette Miceli Parent, his parents, and his brother, Craig Parent. Wayne is survived by his sister Brenda (Norbert) White, along with his four daughters, ten grandchildren, and two great-grandchildren: Dayna and Steve Nixon and their children Christa and Scott (Lisa). Shari and James Triche and their children Lauren (Arturo) and Shane. Ronda and Mike Thompson and their children Derek, Alyssa (Jeff), and Travis. Stacy and Joe Landers and their children Emily (Austin), Elijah, and Elizabeth, as well as numerous nieces and nephews. Wayne was delighted to welcome his two great-granddaughters into the world this year, Sophia (daughter of Lauren and Arturo), and Elliana (daughter of Alyssa and Jeff).

Due to COVID-19, the funeral will be private for Wayne’s family. You will be able to visit his grave at Mountain View Cemetery in Longmont, Colorado where he will be placed in the mausoleum with his wife. In lieu of flowers, please make a contribution to the charity of your choice in Wayne’s name.