Outside: Flying high over local parks

The buzz of a propeller, the low hush of the wind, the squeaking of prairie dogs, is the soundtrack of a day at the model airfield.
Oct 22, 2020 1:00 PM By: Matt Maenpaa 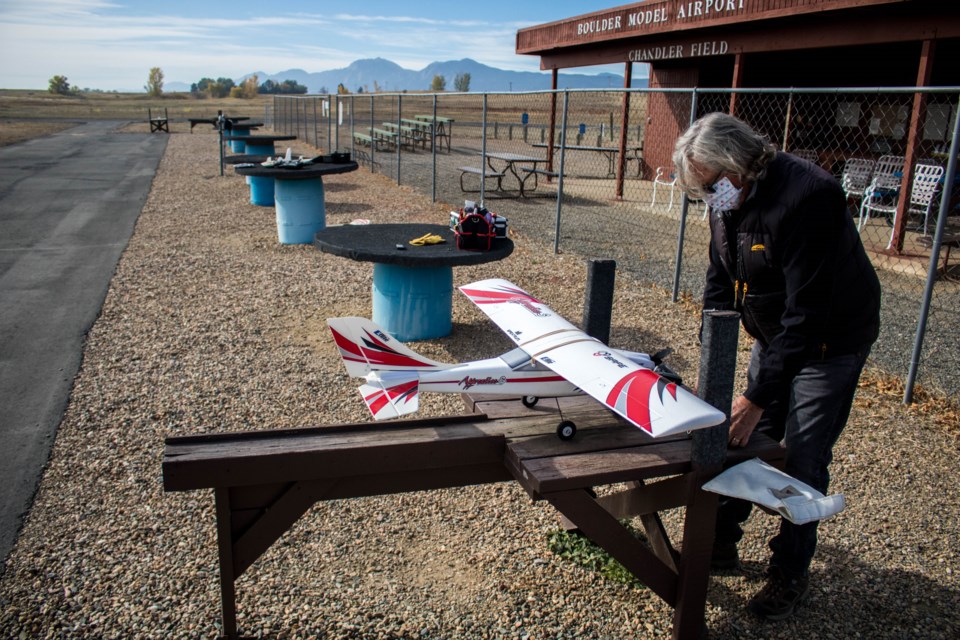 The buzz of a propeller, the low hush of the wind, the squeaking of prairie dogs, is the soundtrack of a day at the model airfield. A quadcopter hums over a landing pad, the controller beeping as the sensor declares the operator an obstruction in the flight path. On the tarmac a plane taxis toward the runway, careful to avoid the prairie dog holes on the edge of the asphalt.

Model aircraft are captivating as they glide through the air on foam and plastic wings, some bearing a strong resemblance to their larger counterparts. Others are little more than a wedge of foam with ailerons, a propeller and power systems, for optimal maneuverability and aerial acrobatics.

The field northwest of Boulder Reservoir is home to the Boulder Aeromodeling Society, who maintain their field through membership dues in collaboration with the City of Boulder. Club President Aidan Sesnic, an Engineering major at CU Boulder, was kind enough to invite the Leader to visit the airfield. Though Sesnic couldn’t attend, club members Murray Lull and Ken Jochim were happy to show off the planes and talk shop. 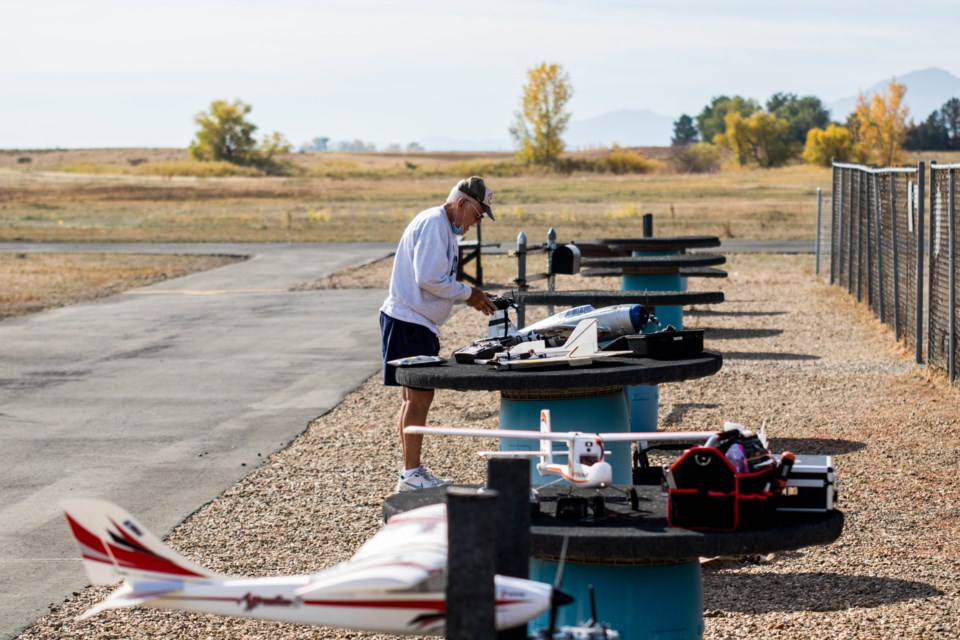 Wendell does some minor maintenance on his model aircraft. (Photo by Matt Maenpaa)

Trainer planes are set up both for ease of operation, and with what RC pilots call a ‘buddy box.’ The radio controllers can be connected, so that an experienced pilot can help guide a newbie through flight training. With the flip of a switch, the trainer can give control to their partner, but easily take it back if the flight goes wrong. Lull was happy to demonstrate and give a tutorial, and no planes were harmed in operation by this journalist.

Two other clubs operate out of Longmont, with airfields and runways typically restricted to club members. Longmont Electric Aircraft Flyers, or LEAF, fly from near Union Reservoir southeast of Longmont. The club boasts at least 134 members and is Colorado’s largest all electric flying field. Near Dacono, the Longmont Aircraft Modelers Association, or LAMA, has around 150 members and allows a large variety of aircraft to fly from their field. Regardless of which field or club a hobbyist chooses to fly from, all must be registered members of the Academy of Model Aeronautics to take off.

Neil Schmoker of LEAF was quite welcoming to anybody that showed an interest in the hobby. In an email discussing the club, he stated, “I strongly encourage anybody starting out to at least visit, if not join, a club because of all the available shared knowledge. Many pitfalls are avoided by doing so. We will train a new member even before they purchase a plane. That way they now have a little experience with some equipment and have had some time to ask some questions.” 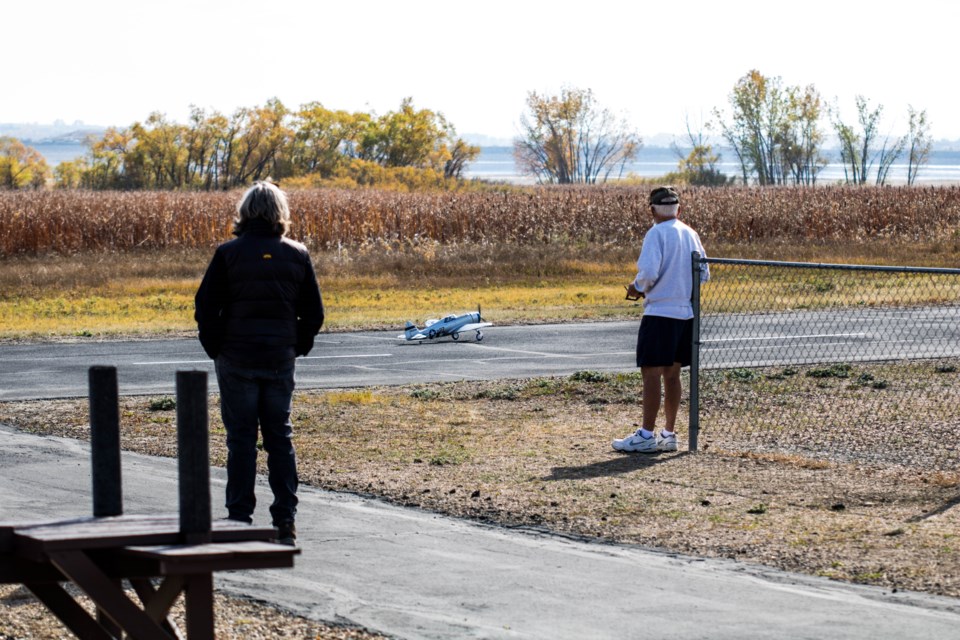 Having spaces that are maintained by enthusiasts in conjunction with city and state operations helps keep quadcopter and model aircraft pilots above board. Flying unmanned aerial systems (UAS) is prohibited in most state and federal parks, and UAS operators are subject to local and state laws, as well as Federal Aviation Administration guidelines.