Imagine hiking 3 miles down a canyon, then hitching a ride another 13 miles east to Lyons, just to sell some eggs and cream and pick up a few supplies. Then hiking back up to get home to make dinner. Managing livestock and working in the sawmill just a couple miles away as a way to supplement income. Such was the life of Sarah Walker, who in 1914 was granted her final certificate of patent for the land on which she lived. Eventually Walker moved to Lyons, after outliving both her children and her estranged husband.

Per the Homestead Act of 1862, all it took to be granted a claim on the land was to be 21 or older and own less than 160 acres of land. Acquiring the title (or certificate of patent) was much more difficult, requiring the land be occupied for six months out of the year, that a house be built on it within five years of settlement, that a portion of the land be cultivated, and proof that some amount of income was made off the land itself. After the first six months, the land could be purchased for $1.25 per acre, or if the property was managed for a full five years, the title could be purchased for $15.

Today history buffs and adventure seekers can make the trek up the Lion Gulch Trail, N St Vrain Dr, Lyons, CO 80540, to Homestead Meadows, where the remains of eight homesteads, including Walker’s, can be found. Some are in better condition than others, with whole buildings intact or refurbished through volunteer efforts in the past decades. All that remains of the Walker Homestead are foundations and ruins of the three-room cabin, stock pens and a cellar. 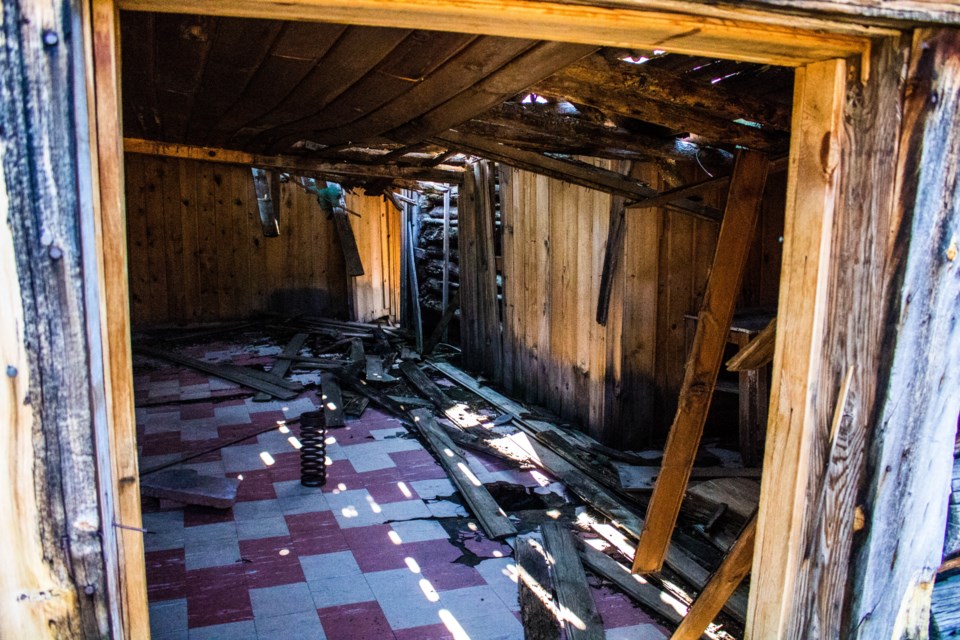 The parking lot for the Lion Gulch trailhead could easily be mistaken for a turn off on U.S. 36, though the parking lot can fill quickly by mid-morning. In late summer, with high temperatures and little water to be found on the trail itself, an early start is recommended.

The trail sustained damage during the 2013 floods, and much of it has been rebuilt. Winding back and forth across a stream that can be full to bursting during late spring and early summer thaws, the grade of the trail can be rough and rocky. Some crossings are aided by bridges, but most require some rock hopping.

Evidence of homesteaders and modern encroachment can be seen on the trail, from sheet metal to the rusted remains of an old farm vehicle hidden in the underbrush. Eventually the steep, narrow path widens out into lush green meadows and aspen groves. 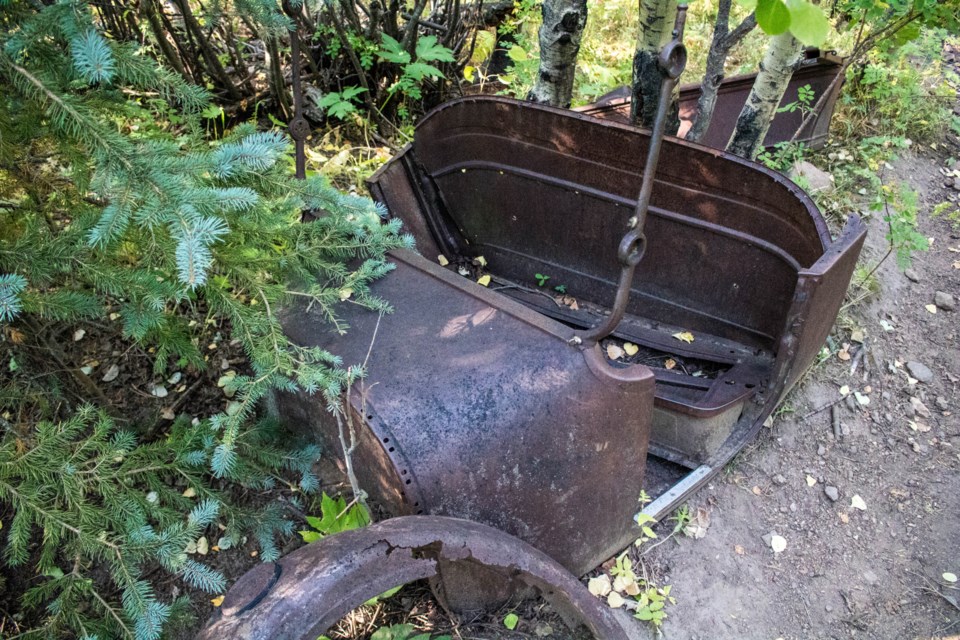 The remains of a rusted truck at Homestead Meadows.(Photo by Matt Maenpaa)

A pleasant loop around the initial valley adds roughly a half-mile to the hike, with branches of trail leading off to other homestead locations. The Irvin Homestead is the most intact of the group, with multiple buildings still standing. Not far from there the sawmill can be found hidden in the forest, some pieces still intact. All told, trying to see every homestead location in the valley can make for a solid 16-mile hike. Proper footwear and plenty of water is recommended.

The Irvin settlement was a full 320 acres at the time the certificate of patent was issued in 1917, though after Frank Irvin passed away, ownership of the land changed hands more than a few times. The buildings eventually came to be used as a hunting camp during the 1960s and additions to the site were put in, including a bathhouse.

With the dry, rocky soil and rough conditions, the land wasn’t well suited to farming. Most homesteaders instead took to cattle ranching, timber and trapping to help feed their families. Often these places were only occupied for the six months per year necessary to maintain a hold on the land. Settlers already had established homes in nearby towns, such as Lyons and Longmont, and spent the summer months in the mountains. 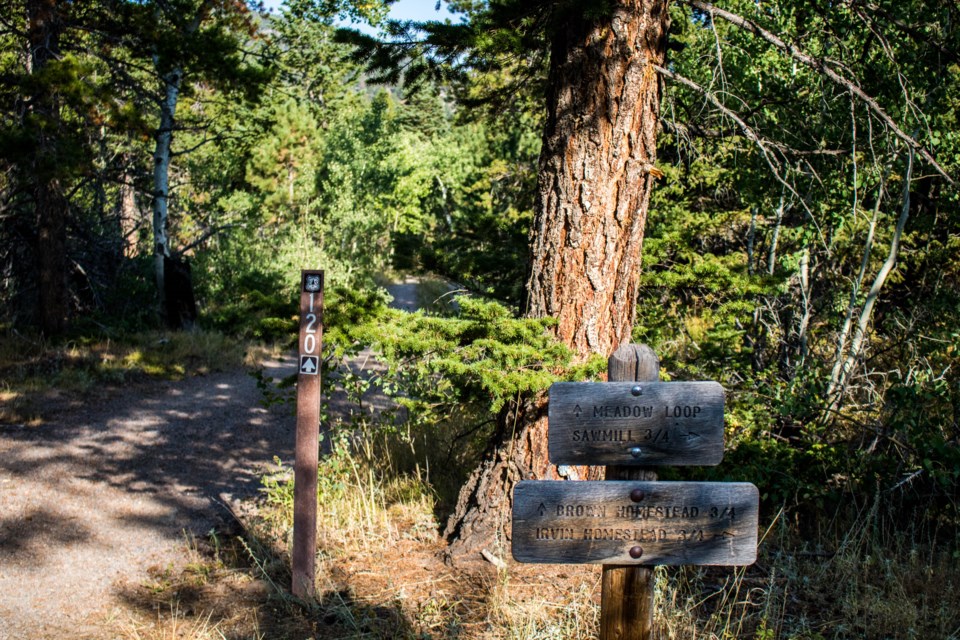 Through world wars and the Great Depression, settlers and homesteaders found themselves relocating. The homesteads were consolidated under the Hohnholz family as one large ranch in the late ’50s, before being sold to the U.S. Department of Agriculture in 1978. The area is now on the National Register of Historic Places for its glimpse into the lives of ranchers and homesteaders in north-central Colorado.

The area manages to be both remote and isolated, while still just a half-hour drive from Longmont to the trailhead. Walking through the quiet meadows full of birds, the proximity to history can be a reminder that the past is never so far removed as to be out of reach. For more information on the history of the region, the currently out-of-print “Homestead Meadows: Hiking through History” is available through Google Books. Detailed trail information also is available thanks to the Poudre Wilderness Volunteers. 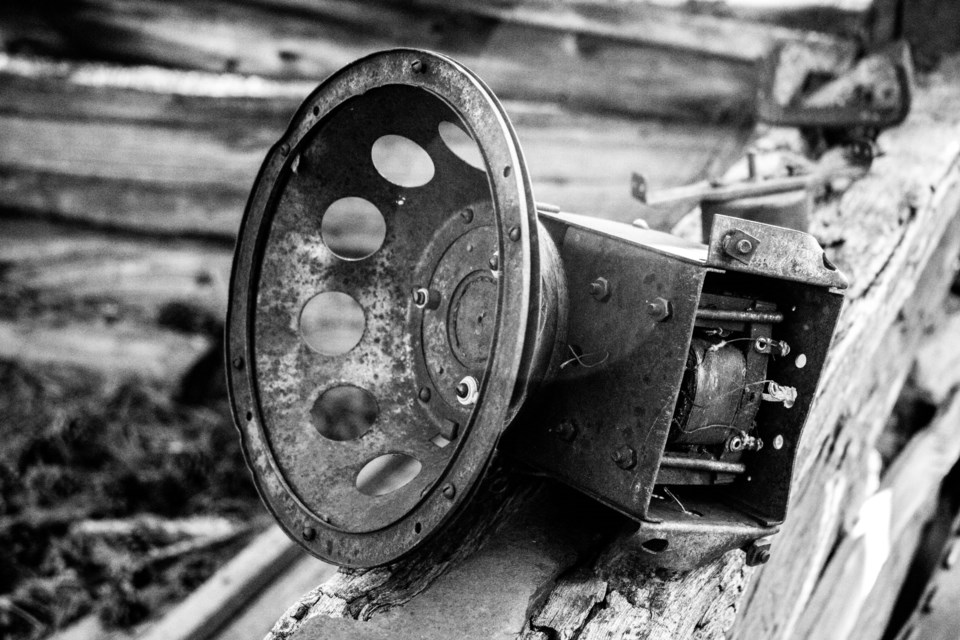 A more-modern relic at Homestead Farms.(Photo by Matt Maenpaa)

Outside: Hiking with a plan
Aug 27, 2020 12:30 PM
Comments
We welcome your feedback and encourage you to share your thoughts. We ask that you be respectful of others and their points of view, refrain from personal attacks and stay on topic. To learn about our commenting policies and how we moderate, please read our Community Guidelines.