Lawmakers return to the Capitol on Wednesday to officially start the new session, but they will delay most of their work until at least mid-February, when they hope COVID rates will be lower and more people will have been vaccinated. They will take up issues including standardized testing, learning loss, funding for K-12 and higher education, and school discipline.
Jan 12, 2021 2:00 PM By: Jason Gonzales and Erica Meltzer, Chalkbeat Colorado 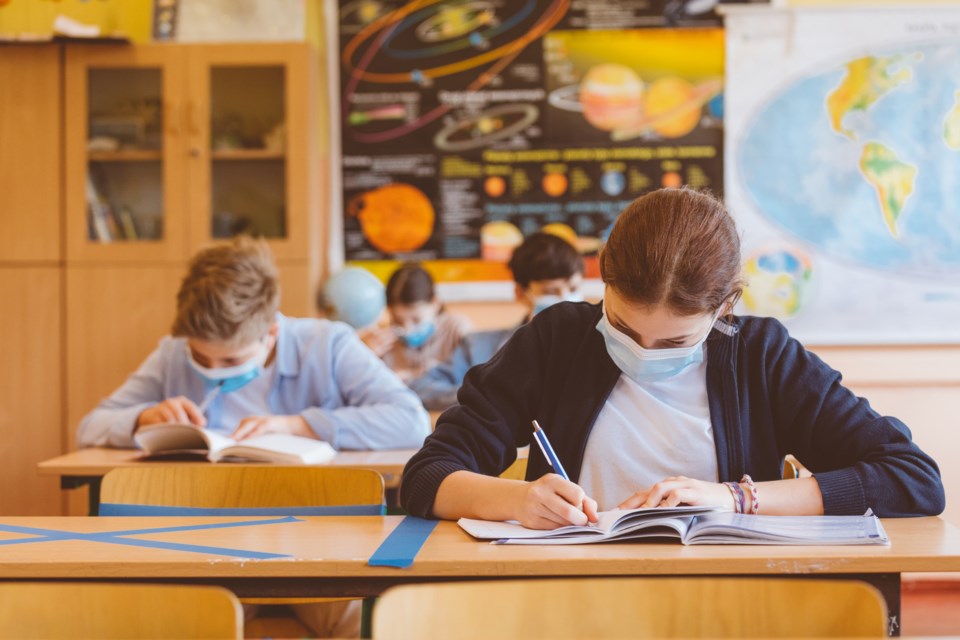 The impacts of the pandemic will continue to take center stage during Colorado’s 2021 legislative session, lawmakers said during a Monday panel hosted by Chalkbeat Colorado.

And they will be especially focused on how to support students dealing with the effects of the pandemic, including how to provide the necessary resources for the many types of students Colorado districts serve, they said.

During the hour-and-a-half panel event cosponsored by the University of Denver Morgridge College of Education and the Colorado Education Association, lawmakers gave a preview of the education issues they expect to tackle over the next several months.

Caraveo also works as a pediatrician and said she’s seen more cases of students who need mental health services and support in the past 10 months than ever.

“I’m seeing kids who have always been really great students, who have never had issues in terms of needing special services in school and who suddenly are having a lot of issues keeping up with work, in engaging and, really, just feeling connected to the educational process,” she said.

Lawmakers return to the Capitol on Wednesday to officially start the new session, but they will delay most of their work until at least mid-February, when they hope COVID rates will be lower and more people will have been vaccinated.

They will take up issues including standardized testing, learning loss, funding for K-12 and higher education, and school discipline.

The question whether Colorado should require the administration of the Colorado Measure of Academic Success tests this year has weighed on Zenzinger, who heads the Senate Education Committee.

“I’m not one of the folks that believes that we should make dramatic changes to our accountability system,” she said. “However, I have been convinced at this time that in the middle of a pandemic, you should not go forward with CMAS testing.”

Zenzinger said she plans to introduce legislation that would direct the Colorado Department of Education to seek a federal waiver to skip the tests this year. Without a waiver, the state would be risking significant federal funding by not giving the tests.

A working group that met in the fall agreed that Colorado shouldn’t use standardized tests to judge the performance of schools or teachers amid the pandemic, but the members split on whether the tests should be given at all.

A halt would leave in question how much learning Colorado students have lost this year, said Lundeen and Larson.

“My perspective is it should not be heavy handed, but it would be a failure to not gather as much information as we can,” Lundeen said.

Zenzinger, however, said the tests won’t yield data that can be compared with previous years.

“The circumstances in which that test is being administered and the variables that go into that equation is going to be so different,” Zenzinger said.

Larson agreed that the test results won’t be an apples to apples comparison. But forgoing the test means students won’t have been tested for several years, he said.

“And by that time, it will be too late for a course correction,” Larson said.

Thanks to better than expected revenue during the pandemic-related downturn, Polis proposed a $35.4 billion budget in the 2021-22 fiscal year, an increase of $3 billion or 9% over this fiscal year. Within his proposal, he called to restore funding to K-12 and higher education to pre-pandemic levels.

Lawmakers will take up this budget request, with many advocates saying schools need even more money to address learning loss and cover the increased costs of operating during a pandemic.

School districts, meanwhile, fear that 3.3% enrollment declines — the first the state has seen since 1988 — will lead to funding cuts this school year. Zenzinger said she plans to introduce legislation that would hold school funding steady, regardless of enrollment declines.

[ Related: SVVSD enrollment down 1,105, with large number of those students falling off of preschool, kindergarten rolls ]

Larson said he has concerns about that proposal because tax dollars should follow students, and in many cases, enrollment was starting to decline before COVID. Some districts, particularly those that have well-established online programs, saw big increases in enrollment.

Lundeen wants that idea taken a step further. With so many students out of the classroom, parents are taking on a bigger role and spending money on tutors, teachers for learning pods, and homeschool curriculum. He plans to introduce a bill that would give parents a portion of the money that would normally go to schools to spend on their child’s education needs. A similar bill failed to get Democratic support in December’s special session.

While Polis wants to restore higher education funding after a $493 million cut in what the state provides to schools, lawmakers on the panel stopped short of promising to reinstate the funds.

“Honestly, I don’t think that’s an answer that any of us know at this point,” Larson said.

For this fiscal year’s budget, lawmakers used federal stimulus funds to backfill the 5% cut in what the state provides to higher education.

Much will depend this year again on how much the state will have available to it from the federal government.

Early childhood work will have to wait

Financial constraints will also limit what lawmakers can do for early childhood.

“It’s a stopgap measure,” Zenzinger said. “I suspect that once we kind of get through this year and this legislative session, we’re going to have to return back to the conversation about what we do for the long term.”

In 2021, Buckner said she plans to bring legislation that would require schools to better track and report information about discipline practices and tell the state what they’re doing to reduce racial and ethnic disparities in who gets suspended, expelled, ticketed and arrested.

In 2018-19, the most recent year for which data is available, Black students were more than three times as likely as white students to be suspended, and Hispanic students were suspended 1.7 times as often.

“Black and Hispanic students are often punished more harshly for the same infractions than their white counterparts,” she said. “In order for our kids to learn, they have to be in the classroom. We need more accurate data and to put that in statute so that we can address this really important dilemma.”