Three individuals and two duos qualified for the finals after strong finishes at the Regionals at Niwot last week
Sep 23, 2020 1:30 PM By: Matt Hagerman 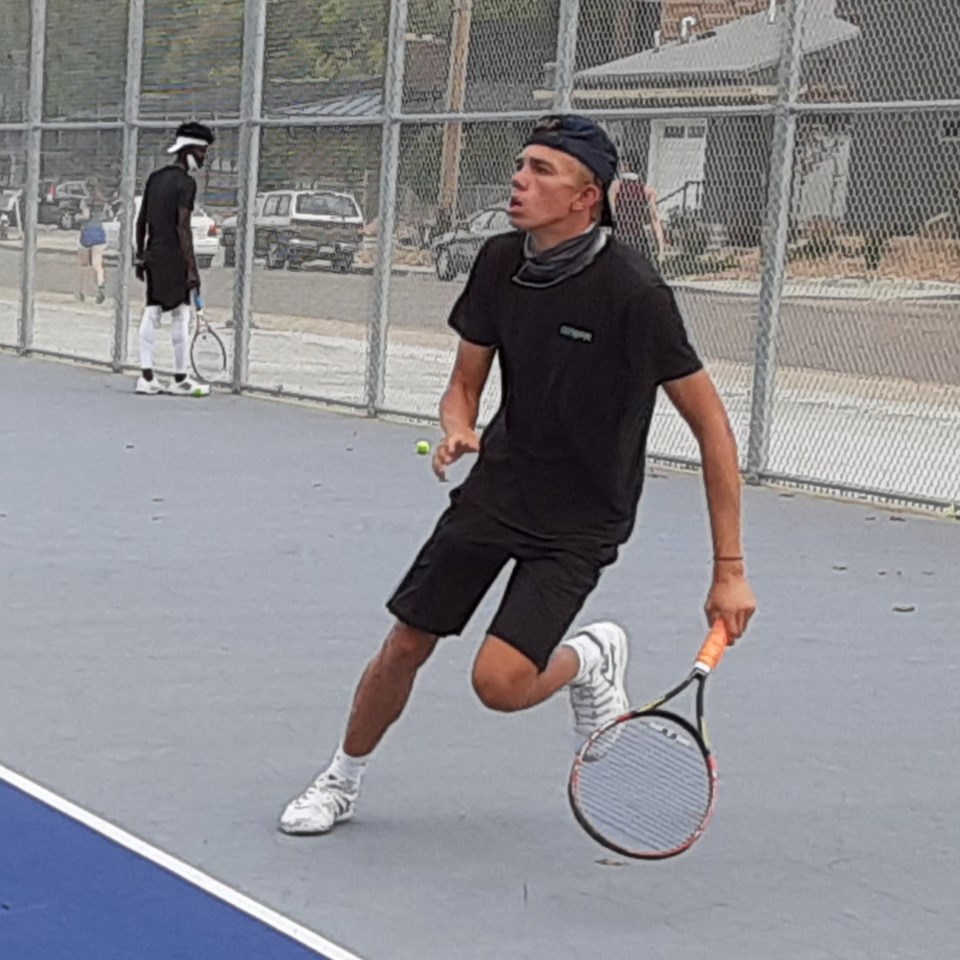 Longmont senior Danny O'Brien will fight off the end of his high school tennis days as the No. 2 seeded player for the Trojans at the state championships

With an abrupt schedule this fall due to an ongoing pandemic, the first high school state championships have already arrived in Colorado. The 2020 boys tennis title holders will be crowned on hardcourts in Denver (Class 5A) and Pueblo (4A) on Friday and Saturday, and the Longmont Trojans are sending a squad to Pueblo City Park.

Three individuals and two duos qualified for the finals after strong finishes at the Regionals at Niwot last week. At the top is junior Henry Matheson, followed by senior Danny O’Brien and junior Thomas Marshall. 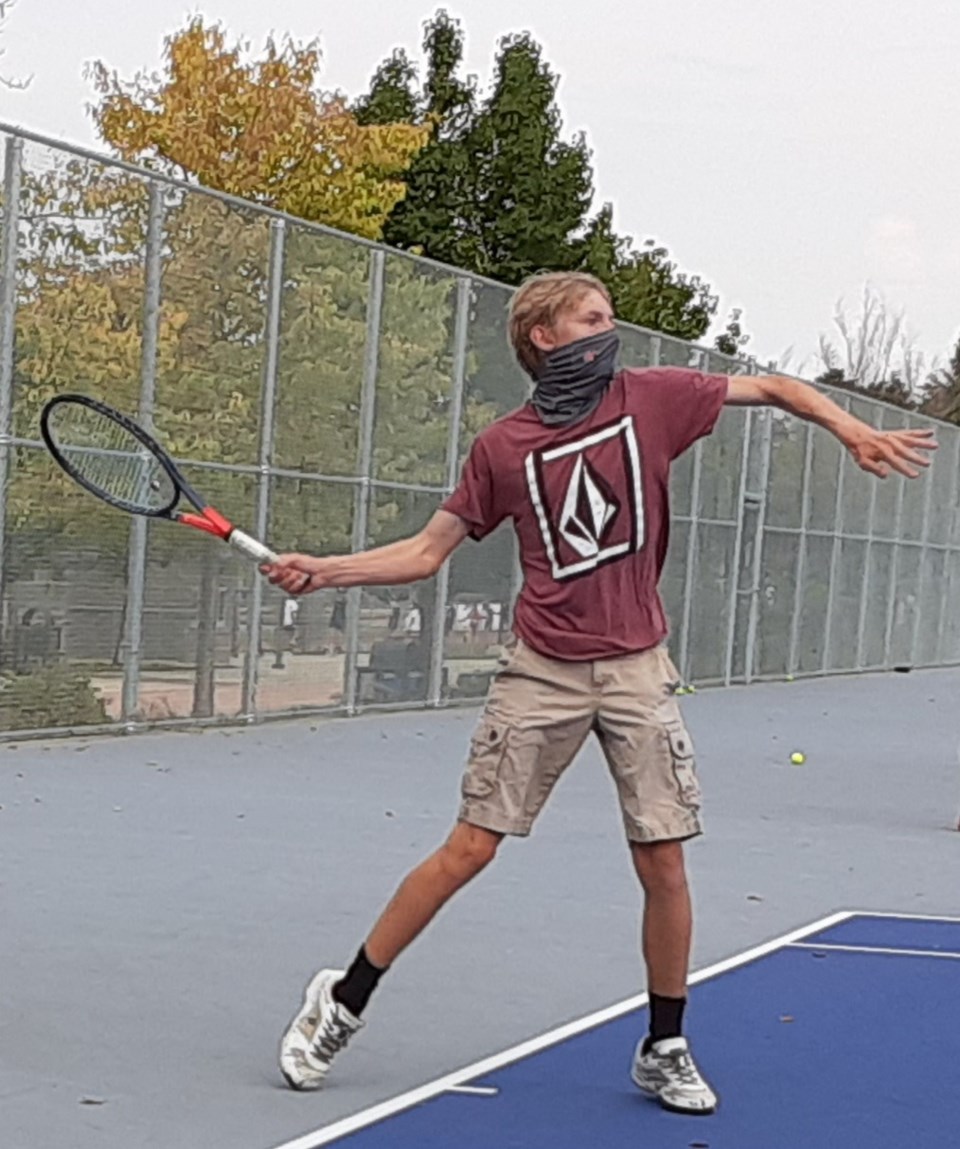 Longmont High junior Thomas Marshall will face sophomore Reed Hammons from Kent Denver as the No. 3 seeded player for the Trojans on Friday in Pueblo.

Doubles partners Jimmy McConahay and Abenezer Keefer along with Tristan Rangel and Oliver Seamons also advanced to the state finals. Niwot won the regional team title and will be represented in all three singles and all four doubles brackets this weekend.

“It’s been a very unusual year,” said Longmont head coach Mike Merz during practice on Tuesday. “We went from 13 matches down to nine matches and we missed a lot of tournaments. This has been a good season. I think the guys just appreciate being able to come out and play and they’ve just been happier than ever.”

The two-day tournament features opening round and quarterfinal matches on Friday with semifinals and finals slated for Saturday. Unlike past years where a trip to the state tournament would mean staying in a hotel, the Trojans will stay close to their families who will decide what accommodations to make. 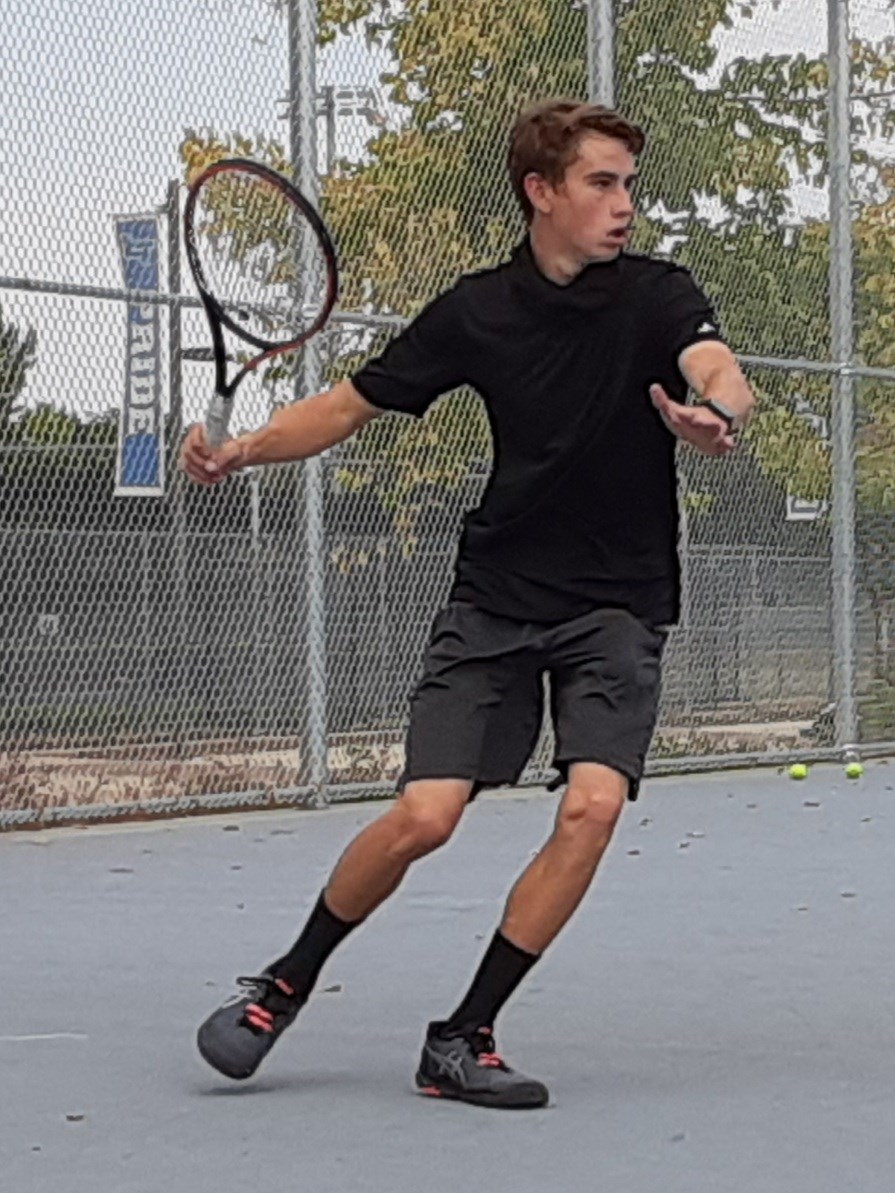 Longmont junior Henry Matheson faces off with a fellow top seed from Pueblo Central on Friday, in an opening round match at 9:00 a.m. at the 4A state championship in Pueblo.

First round action begins at 9:00 a.m. on Friday. Results will be posted on the Colorado High School Athletic Association website. A possible semifinal matchup with Niwot senior Neil Wilcox may await Longmont’s Matheson on Saturday.

“Henry’s got a great bracket and he’s playing really well,” said Merz about his top seeded swatter. “Danny’s number two but he’s got a tougher bracket.”

SVVSD to add quarantine data for each school on the dashboard
Oct 28, 2020 8:43 PM
Comments
We welcome your feedback and encourage you to share your thoughts. We ask that you be respectful of others and their points of view, refrain from personal attacks and stay on topic. To learn about our commenting policies and how we moderate, please read our Community Guidelines.