Highlands Elementary will open next school year, with teachers starting in July and students starting in August. Funding for the school came from a $260.3 million bond approved by voters in 2016.
Feb 12, 2021 12:30 PM By: Silvia Romero Solís 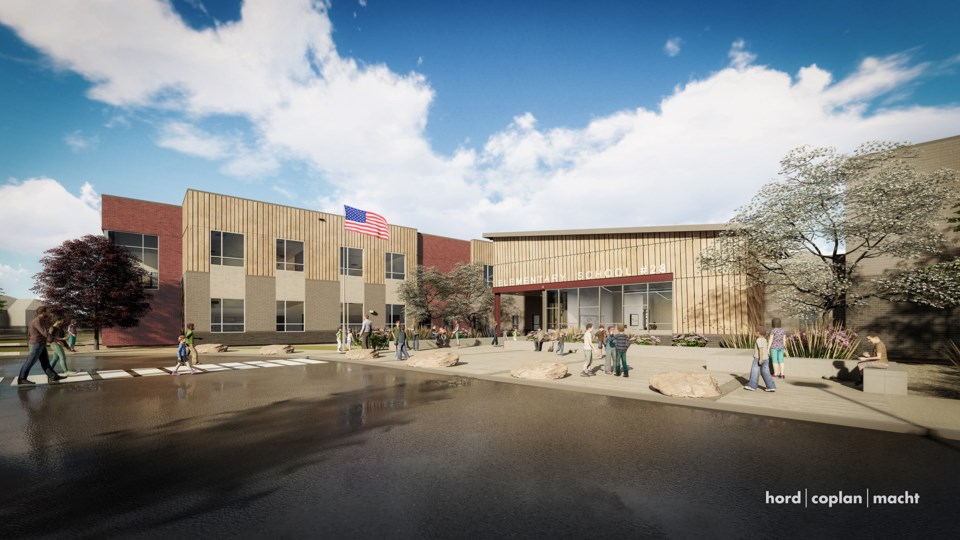 An architectural rendering of what Highlands Elementary will look like when completed. Hord Coplan Macht / Courtesy photo

The new St. Vrain Valley School District elementary school under construction in Erie, previously known as Elementary 28, has been officially named Highands Elementary and assigned a hawk as its mascot.

The 10-acre school site in the Erie Highlands subdivision was approved by the school board in September 2019. Highlands Elementary will open next school year, with teachers starting in July and students starting in August. Funding for the school came from a $260.3 million bond approved by voters in 2016.

On Wednesday, the school board voted on the school’s name, mascot and colors after a months-long process of engaging Erie community members and allowing them to vote on their preferences, according to Area Assistant Superintendent Bryan Krause.

The district received close to 900 survey responses from students, parents and community members, he said.

Highlands Elementary, along with the hawk mascot received 502 votes, totalling 56% of votes cast. The name was chosen to mirror the name of the neighborhood where the school is located and the hawk mascot was suggested for its alliteration and for the qualities the symbol represents — “high achievement and high flying students,” Krause said.

Other final recommendations for the school name and mascot put up for a community vote were the Overland Elementary Panthers, which came in second with 29% of the votes, and the Eagle Hills Elementary Eagles, which received 15% of votes.

Burnt orange and silver or gray were selected as the school colors, beating forest green and navy blue.

The board on Wednesday also discussed Highlands Elementary’s attendance boundaries. The school site was selected because its location can help reduce overcrowding at Soaring Heights PK-8. It also had few constraints related to oil, gas, undermining and soil issues that often impact site selections, according to Scott Toillion, SVVSD planning director.

“The goal of the boundary was ... to limit the impact to other schools in the district and try to reduce the impact of the boundary change to as few students as possible,” Toillion said during the Jan. 27 school board meeting update on school construction. The location also improves the “walkability” of the area, making it possible for students to walk to Highlands Elementary and avoid any large cross streets, he said. 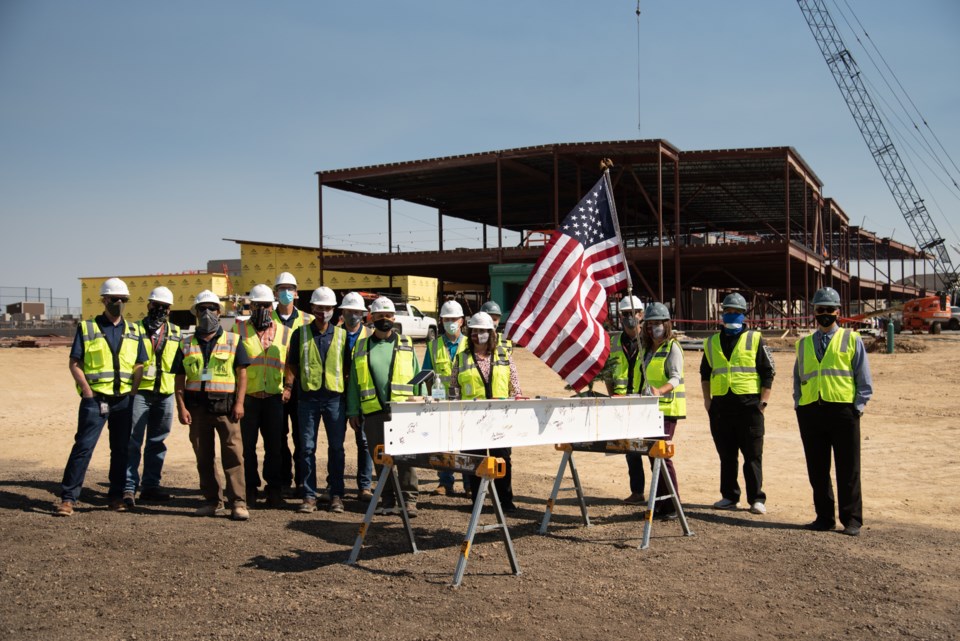 Members of St. Vrain Valley School District's Highlands Elementary construction team and district leadership celebrate the school's topping out celebration on Sept. 30, 2020. Courtesy St. Vrain Valley School District
The attendance boundaries divide the Soaring Heights attendance area by half at Erie Parkway, assigning the portion to the south to the new Highlands Elementary and students to the north to Soaring Heights.

As of Wednesday, the K-5 student population living in the new Soaring Heights boundaries totaled 420 students and the population for Highlands Elementary totaled 463, Toillion said.

The total number of students in the attendance area from kindergarten to eighth grade is 1,319. All students within the attendance area will continue to attend Soaring Heights for middle school. Students entering fifth grade in the Highlands Elementary area for the 2021-2022 school year will have the option to remain at Soaring Heights, according to Superintendent Don Haddad.

Highands Elementary has 20 common, four kindergarten and two preschool classrooms, according to a memorandum Haddad sent to the board on Jan. 27. On Wednesday Brian Lamer, SVVSD assistant superintendent of operations, said the school also has three special education classrooms and each grade will be divided into four classrooms.

The school design uses a pod-type arrangement, with four classrooms organized around a central shared space that serves as a classroom extension and includes features of a science, technology, engineering and mathematics, or STEM, or maker lab, or a learning commons, said Matthew Tredennickm, SVVSD coordinating architect, said.

Ryan Ball, principal of Eagle Crest Elementary since 2003, in December was selected by the school board as the principal for Highlands Elementary and will begin in his new role at the end of this school year.

“I truly feel very fortunate to have this opportunity and make sure we'll do a good job and provide a great school for students come August,” Ball said during the Jan. 27 school board meeting. “It's (going to) be a fabulous school and to think I get to be a part of that is really exciting.” 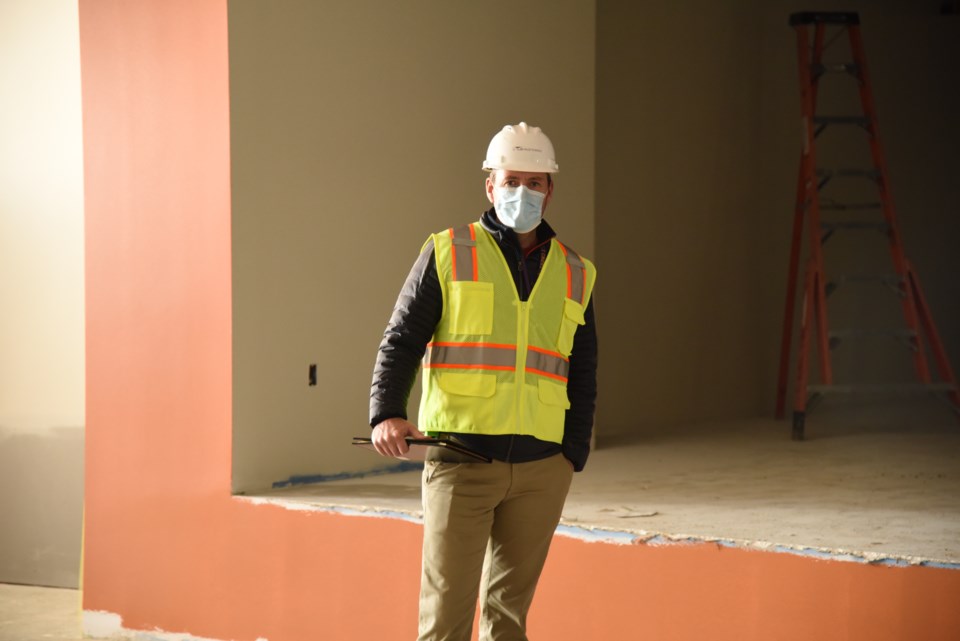 Ryan Ball, who will leave Eagle Crest Elementary at the end of this school year to become principal of the new Highlands Elementary in Erie, visits the school during construction. Courtesy St. Vrain Valley School District