Why Colorado students are still taking the SAT, even though it’s now voluntary

In Colorado, at least for the foreseeable future, the privately administered SAT isn’t going anywhere, despite longstanding criticisms that it hurts the prospects of low-income students of color. However, the unusual circumstances this year can allow Colorado’s college leaders and policy makers an opportunity to reflect on the use of the test, especially for admissions.
Oct 6, 2020 2:00 PM By: Jason Gonzales, Chalkbeat Colorado 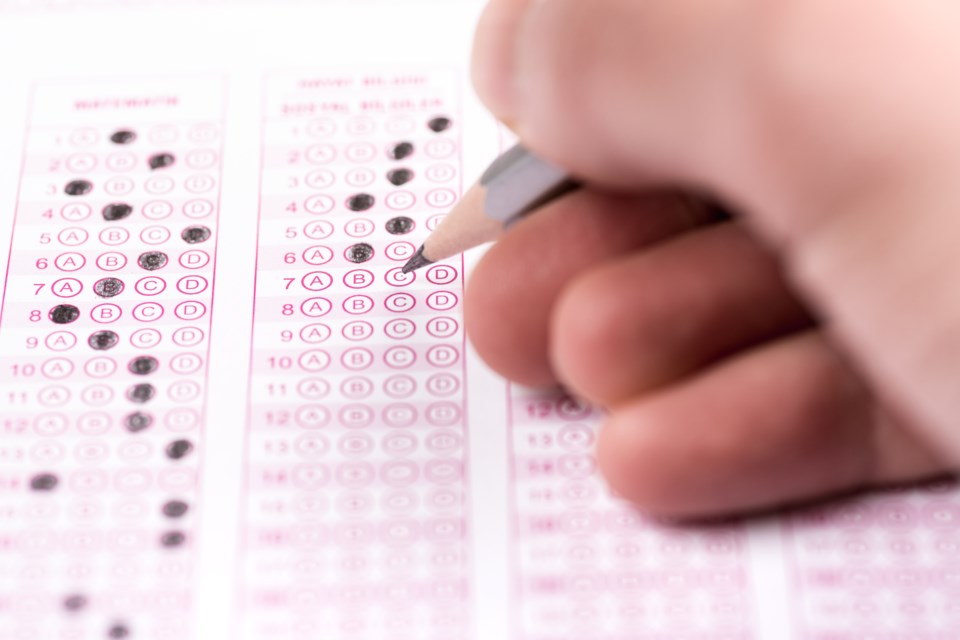 Editor’s note: This story was originally published by Chalkbeat and was shared via AP StoryShare.

Despite state school board members deeming the SAT voluntary this year for Colorado high school students, the state education department ordered more than 30,000 test books for about 400 schools to administer it for free in September.

Although the Colorado Department of Education could not say how many students took the college-readiness test last month, clearly many students still view the exam as important to their path to college.

James Yepez, a Palmer High School counselor in Colorado Springs, said his students are convinced they need to take the test to get into the school of their choice. College-bound students still believe SAT scores will help their admission chances, he said.

In Colorado, at least for the foreseeable future, the privately administered SAT isn’t going anywhere.

The state uses the test to rate school performance. Students also can use the test to demonstrate proficiency in English and math to meet new graduation requirements that apply to the Class of 2021. Much is also tied to the test, including the determination of merit scholarships.

Nationwide, more than 1,550 colleges have made the test optional for admissions, increasing about 50% this year, according to Akil Bello of the National Organization for Fair and Open Testing, which opposes how standardized tests are used in admissions. That’s about two-thirds of all colleges nationwide, Bello said.

Many schools decided either just before or right after the start of the coronavirus pandemic, said Bello, who is senior director of advocacy and advancement.

He said the unusual circumstances this year can allow Colorado’s college leaders and policy makers an opportunity to reflect on the use of the test, especially for admissions.

Other Colorado colleges and universities also hit pause on using the SAT for admissions.

The testing companies argue research shows the tests are solid predictors of college success, especially in the first year. And the research also describes how the tests create a more complete picture of student abilities.

But Dominguez, who has counseled students in the Denver area, said the tests don’t let students showcase their complexities, especially those who are low income, have a disability, or are from underrepresented groups.

“The tests represent kind of a fixed mindset about students,” Dominguez said. “To think that we can look at a student’s score as a representation of what they can accomplish is just flat-out wrong.”

Bello of Fair Test said success on the SAT or ACT can often be boiled down to whether families have the means to pay for preparation tools. Often, low-income students don’t have access to those tools.

Given the mission of public schools, Bello said, “perpetuating wealth inequality” is not in the public good.

Bello said the tests only provide a small look into whether students can be successful in college. Numerous studies suggest grade-point averages are a better predictor of student success in college. And a slew of research shows students from low-income and underrepresented populations don’t test as well as their white, higher-income peers.

A recent National Association for College Admission Counseling report examined the inequities associated with standardized testing for college-going students. The report calls for change to the admission process.

The report’s authors said 2020 is the year to reexamine the “appropriate uses, and potential misuses, of standardized tests.”

Colorado College in Colorado Springs made the SAT and ACT optional for applicants last year.

“I don’t think it put any of our decisions at risk,” said Admissions Director Matt Bonser. Before then, the school didn’t heavily weigh the test. “We were focusing on those areas where students have spent most of their time over those prior 3 to 3½ years,” he said. The change has been over a decade in the making, he said.

The college now reviews applicants’ academic work, grades, and interaction with their communities.

Bonser said he hopes the pandemic allows schools and families time to reflect on what they prioritize. Students shouldn’t have to stress over taking the test multiple times to get the best score, he said.

Yepez of Palmer High said it’s incredibly difficult to advise his students what to do about the test this year.

The differences in admissions requirements mean Yepez must tailor his advice to each college or university.

Yepez said he can’t advise students against taking the test, but tries his best to give them information to attain their goals and consider their individual circumstances. About half of Palmer High School’s student population is low income and relies on scholarships to access college. Many of those awards require SAT scores.

“It kind of boils down to this sorting factor that indicates, in some way, the belief that because the students scored better on the SAT for three hours they somehow know more than the kids sitting next to them,” Yepez said. “I think that is a gross misunderstanding of what those tests really are showing about our students.”

Colorado parents, here’s what to ask your child’s school about reading instruction
Oct 28, 2020 11:00 AM

Parents seek more detail in SVVSD COVID dashboard
Oct 28, 2020 8:00 AM
Comments
We welcome your feedback and encourage you to share your thoughts. We ask that you be respectful of others and their points of view, refrain from personal attacks and stay on topic. To learn about our commenting policies and how we moderate, please read our Community Guidelines.