Mar 6, 2021 8:04 AM By: John Ensworth
Previous Next
Figure 2 update: the 10 day graphical forecast for Longmont from weatherundergound.com
Expand

Yes it is beautiful right now.... who cares.  The BIG news is a looming -major- winter storm coming to Colorado just as many are working on Spring Break plans. I will post a full analysis of the upcoming weather tonight, but an update was needed ASAP.

The short of it is: a few fronts will send cold air across the state which will cool us down to near freezing (not exceptionally cold, but to temperatures that allow maximum amounts of moisture to fall in cold enough air for snow).  A deep cut-off low will pass over or just south of Colorado.  Depending on the path of the system, we could see the best snow of the year (I'll get to the GFS in a moment).  The weatherunderground model (Figure 2 update) shows snow beginning Thursday PM and increasing in rate by Friday PM. This model has been a pretty reliable snapshot of upcoming storms this year.  I've been impressed.  It gives us around a foot of snow on Saturday alone and a total of about one and a half to two feet from Thursday PM to Sunday PM.   The Canadian and European models agree with this (and it may be based on their input, as well as the GFS).

The GFS (Figure 3 update) is going crazy.  Crazy.  It has (just the earlier period of snow through Sunday noon) about 40 inches of snow for Longmont and 50 inches from Denver to Colorado Springs and around Fort Collins.   Things like the dry slot (that broke one of my forecasts a few weeks ago) and a more northerly track (moving the storm into southern Wyoming etc.) are still possible which would cut down snow totals.  No other model, at this time, is forecasting THIS big of a storm.

Bottom Line: It does seem likely that a foot to a foot and a half, at least, will fall Thursday through Sunday with greater amounts on the table.

Will it be major or historic?  We'll watch it here! 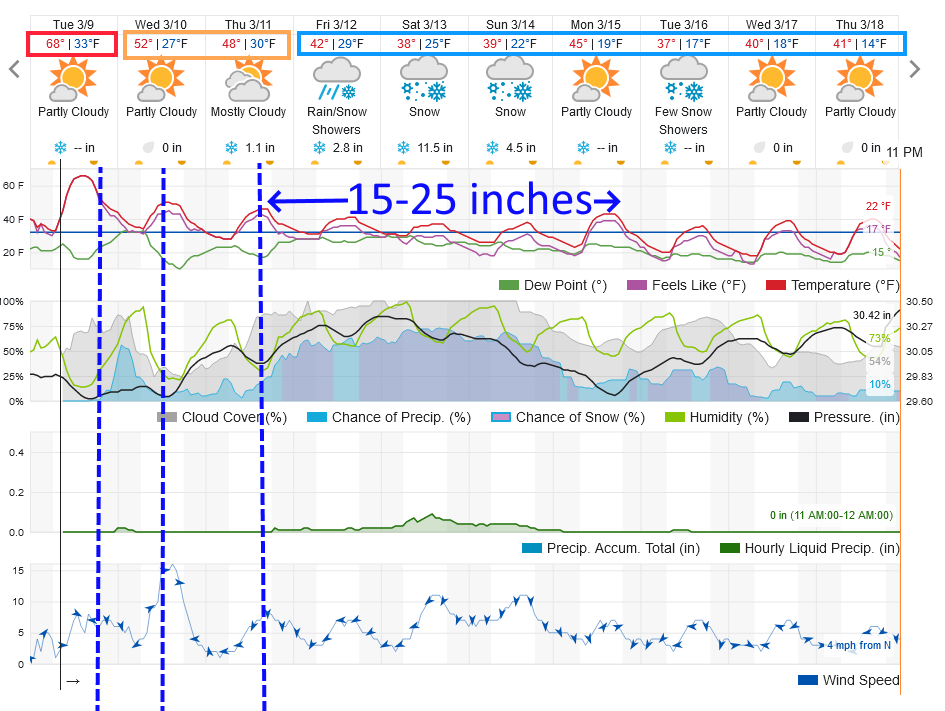 Figure 2 update: the 10 day graphical forecast for Longmont from weatherundergound.com 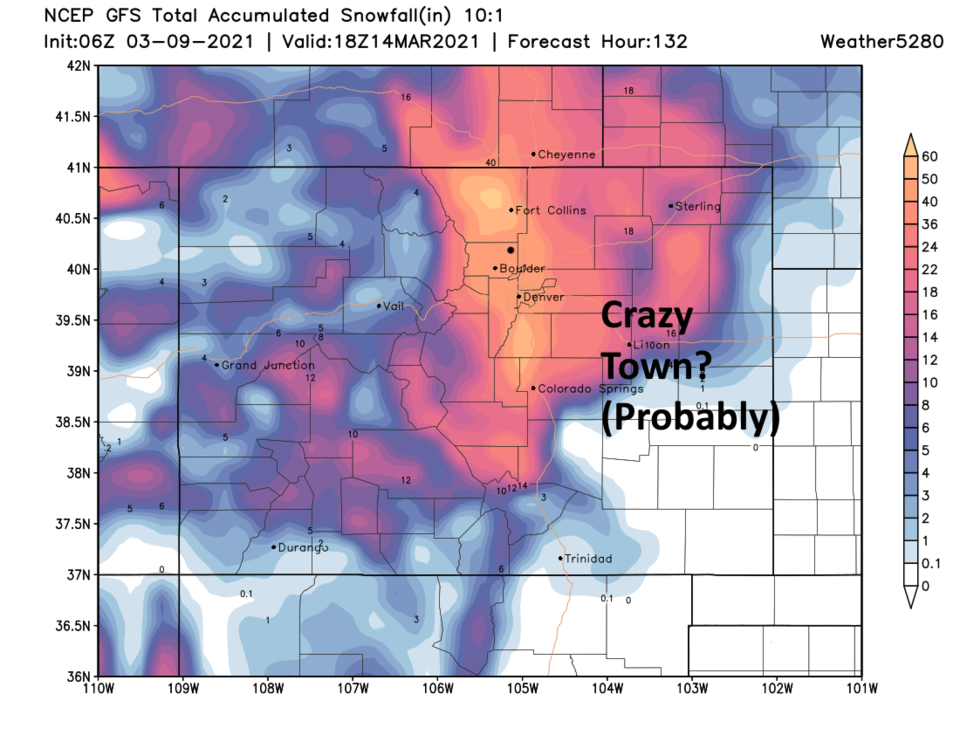 Figure 3 update: the 10:1 snowfall forecast through Sunday noon (not the end of the snow) from the GFS and weather5280.com

The forecast for the week is on track including our double cold front hit Wednesday then Thursday (just shifting a bit later). Snow chances have increased for the end of the week.  This model is usually at the low end of the snow totals that will occur.  We 'may' see a strong return of winter in a few days.  Soak up the heat for now! 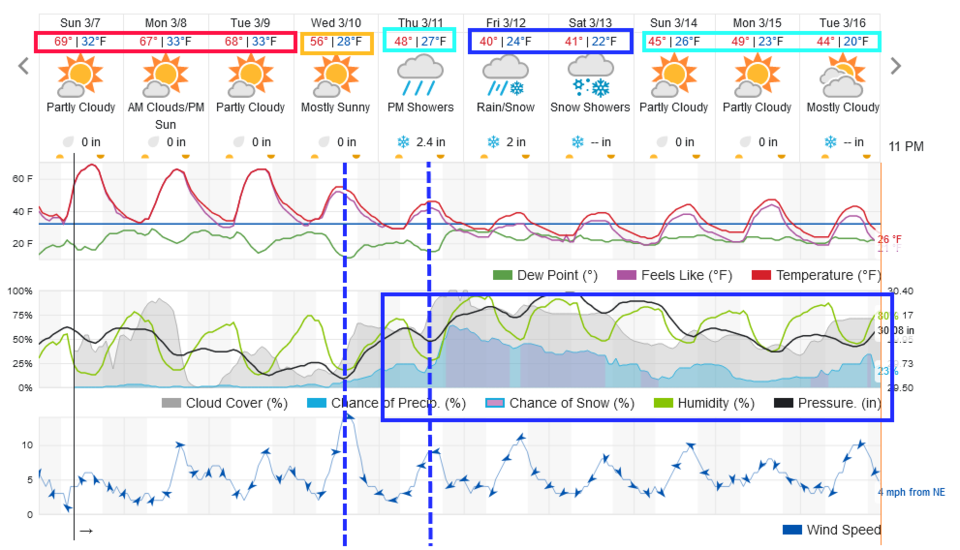 The Thursday storm was very underwhelming, moisture-wise, north of Denver. I was happy with 0.1-0.25 inch of liquid and we received about 0.01 to 0.03 inch of rain. There may have been a bit of snow in the air at one point.  Denver did better with about the forecasted amount of rain. (See Figure 1). 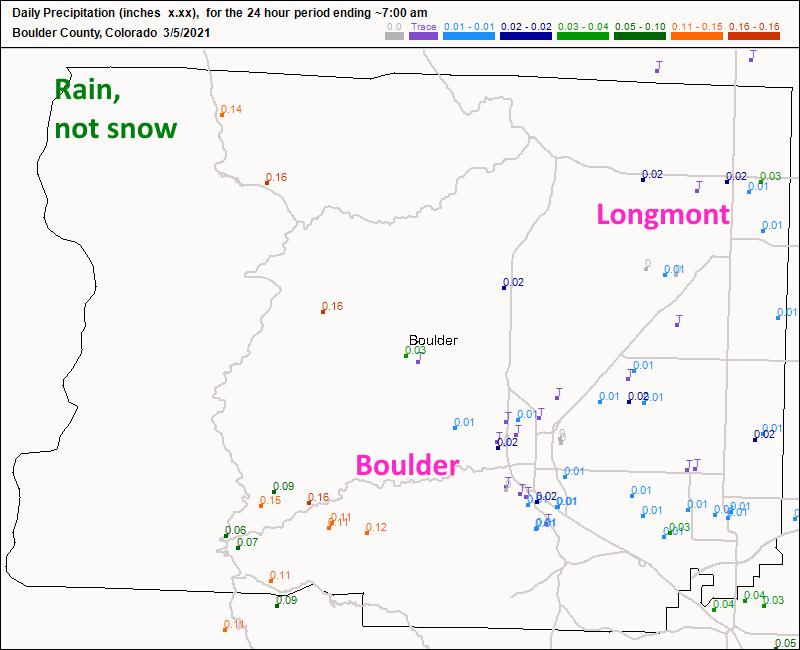 Figure 1: the CoCoRaHS snowfall reports as of Friday AM.

Upper 60s to (probably) lower 70s will be the rule through Tuesday with partly cloudy skies. Enjoy!  (Figure 2). 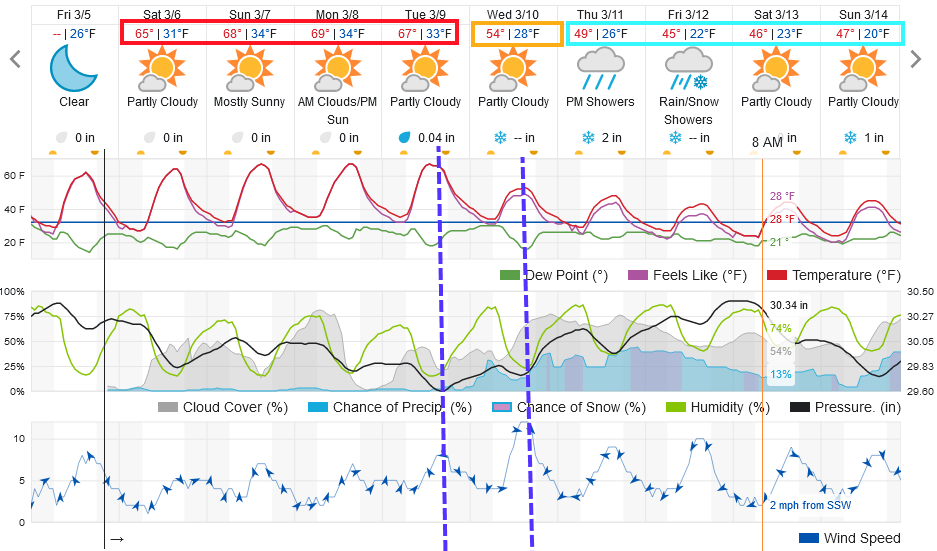 Figure 2: the 10-day graphical forecast from weatherunderground.com for Longmont, CO.

This great weather is due to a giant ridge over the western U.S. (Figure 3). It is so large that the approaching trough has to slide up and over and weaken as it passes Colorado (we won't see much from it). Temperatures statewide will be about 5 to 20 degrees above normal. (Figure 4). 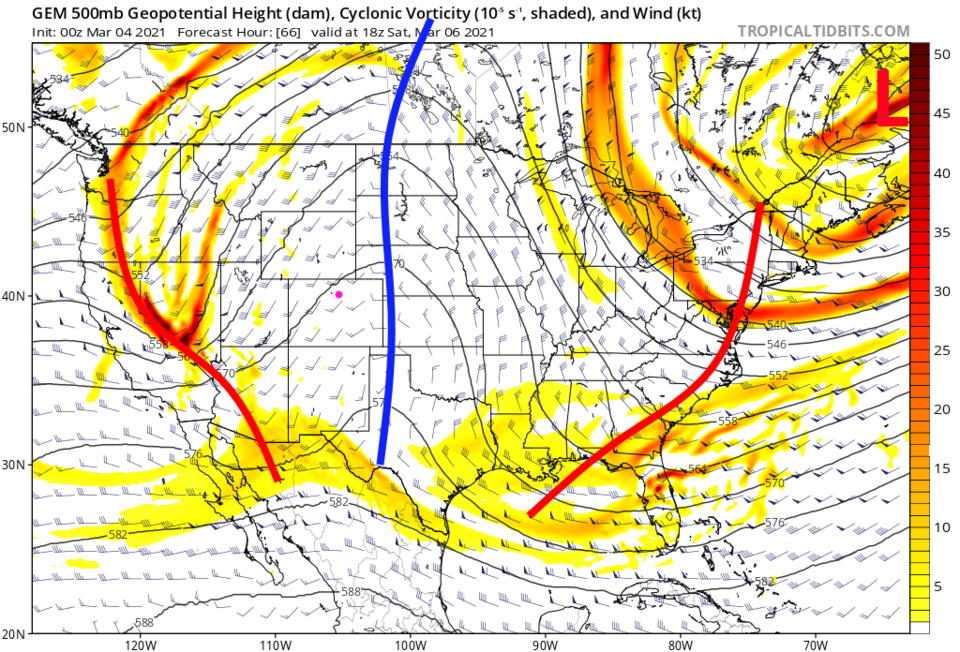 Figure 3: the 500mb upper air forecast map for Saturday noon from the GFS and tropicaltidbits.com 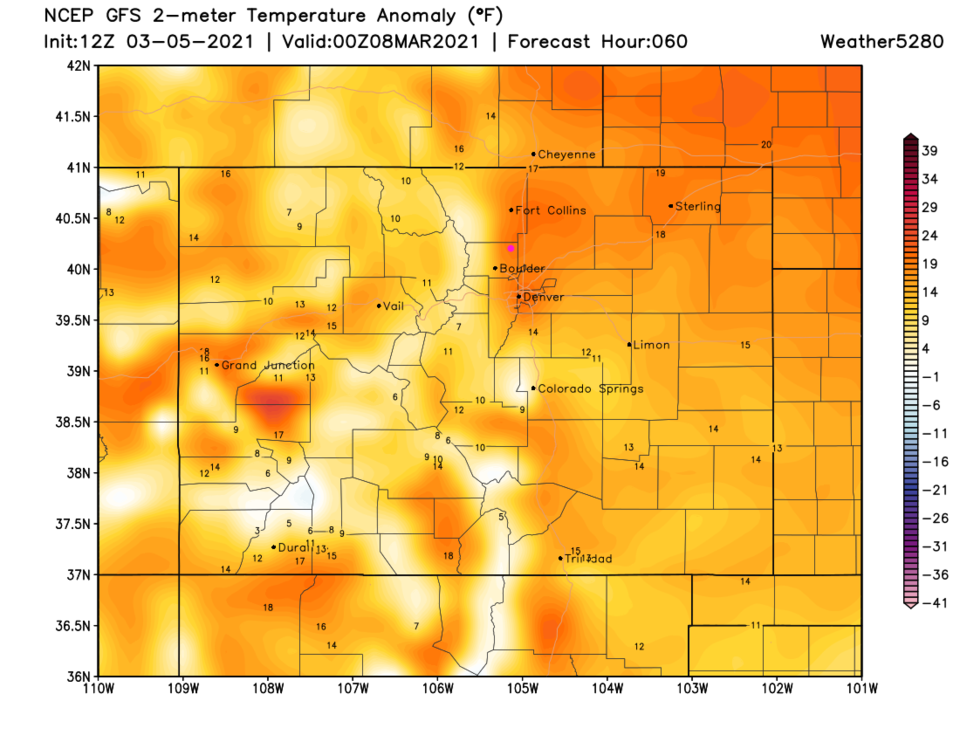 Figure 4: the temperature anomaly (departure from normal) for Sunday PM from weather5280.com

A Tuesday front and a reinforcing shot of cold air will hit Wednesday (Figure 2) and begin our transformation back to a late-winter weather pattern. The big ridge is pushed east by an equally impressive trough (Figure 5). It is too far out for anything we can rely on, but the GFS gives us a healthy bunch of snow later next week (Figure 6).  We'll keep an eye on it here. 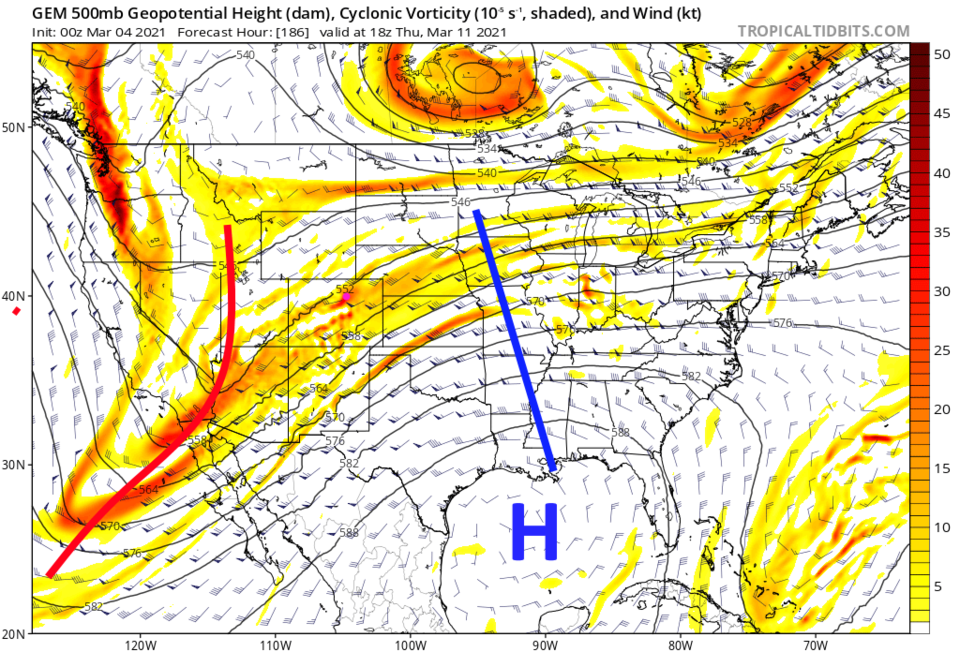 Figure 5: the 500mb upper air forecast map for Thursday noon from the GFS and tropicaltidbits.com 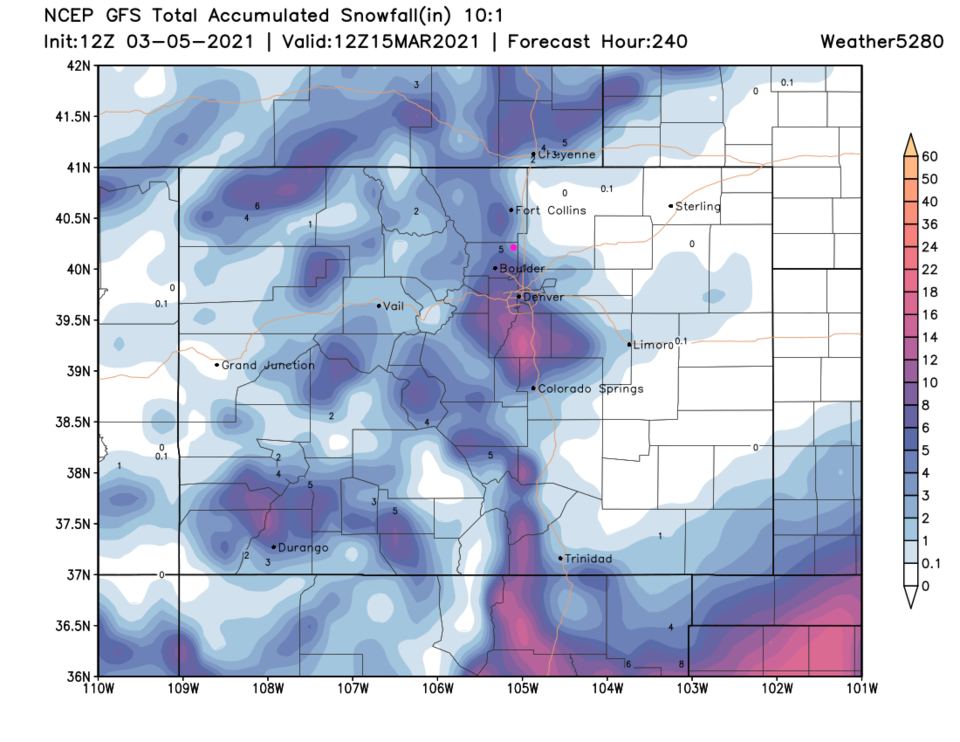 Figure 6: the 10-day precipitation total from the GFS and weather5280.com

A couple of flurries this morning; otherwise, mostly cloudy and chilly

Cloudy and increasingly windy; a bit of afternoon snow, accumulating a coating to an inch

A flurry in the morning; otherwise, mostly sunny and cold