Feb 19, 2021 8:02 AM By: John Ensworth
Previous Next
Figure 3 update: the snowfall reports as of 7am Sunday from CoCoRaHS.
Expand

A cool weekend is on tap with a bit of snow, changing to a warm start of the week, then the cold and snow returns.

We received precipitation last night, but it came in the form of normal rain.  The first band hit while temperatures will still too warm for snow.  Much of Longmont received 0.05 inch of water followed by a trace of snow (and the wet surfaces largely iced over).  The cold air caught up with the precipitation further south.  Boulder received around an inch of snow and Denver received a couple of inches (Figure 3 update).  It is interesting to 'live on the edge' like that.  0.05 inches of rain would have been about 1/2 inch of snow. 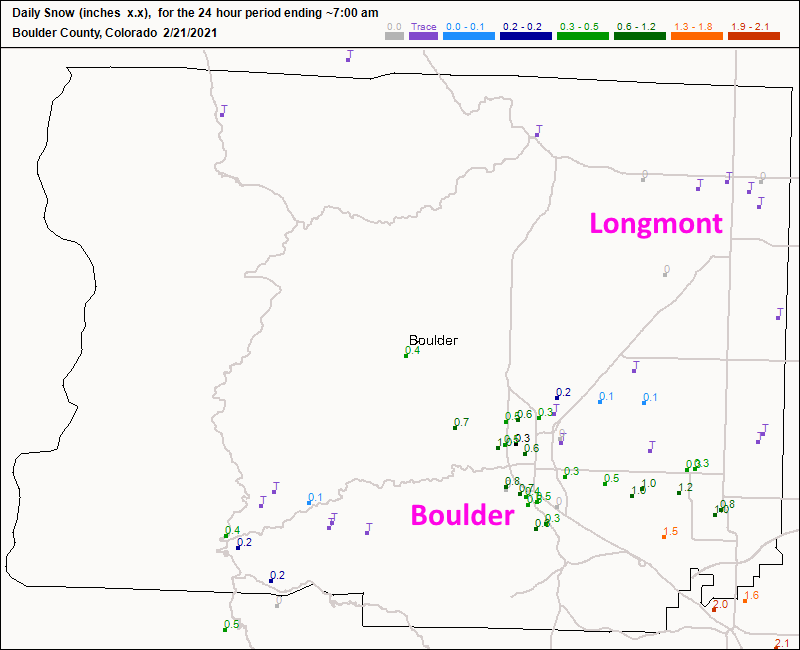 Figure 3 update: the snowfall reports as of 7am Sunday from CoCoRaHS.

Our next system is approaching rapidly.  Clouds are thickening. It looks like best snow chances run from 6pm to 3am Saturday into Sunday. This is not an unusually cold storm and will end quickly after temperatures in the low 50's along I-25 (no matter what Figure 1 update says).  The weatherunderground model has 1-2 inches in this storm. The GFS (Figure 2 update) gives us a coating to an inch.  Channel 7 Denver (not shown) gave us 2-3 inches.

Note that our Tuesday PM to Thursday AM storm is still on track for happening. Weatherunderground and the GFS only add a couple of inches to the 10 day total snowfall in the mid-week storm.  We'll keep an eye on it! 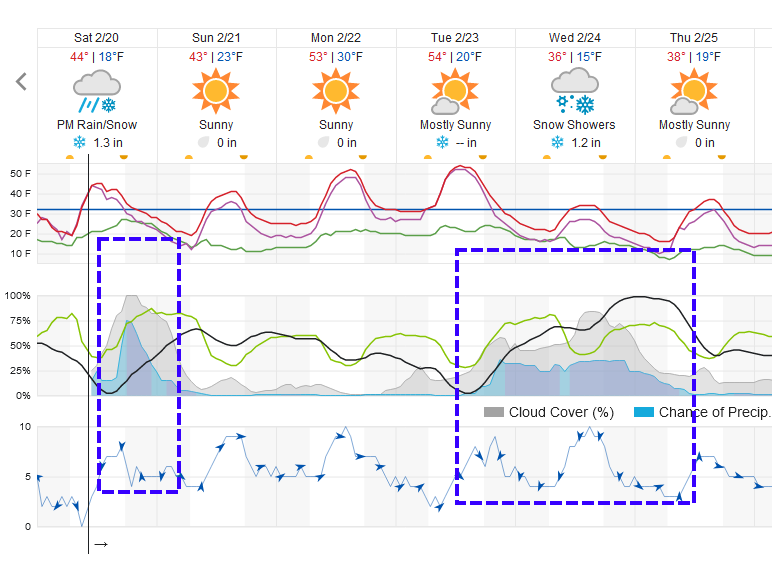 Figure 1 update: Snippet of the 10 day graphical forecast for Longmont from weatherunderground.com 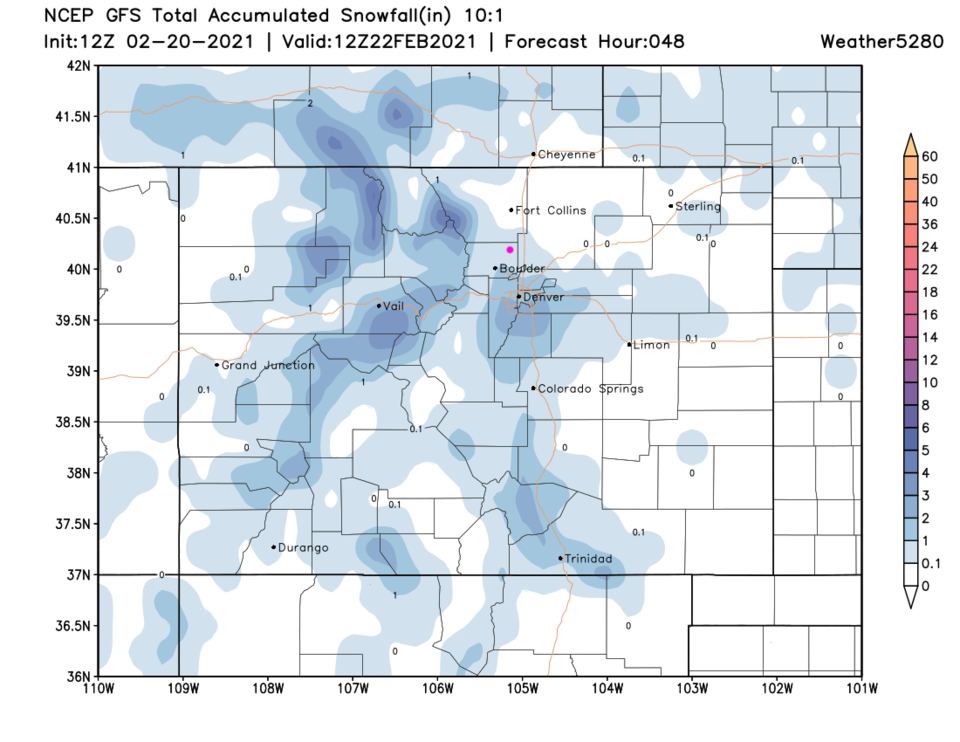 This week's storm over performed.  I'm quite out of sync with snow right now. The GFS had it best with a bullseye of snow around here. Figure 1 shows Longmont received 3.5 to almost 7 inches of snow.  Boulder ranged from 6 to 10 inches. This was one of our best storms (if you like snow) this season. 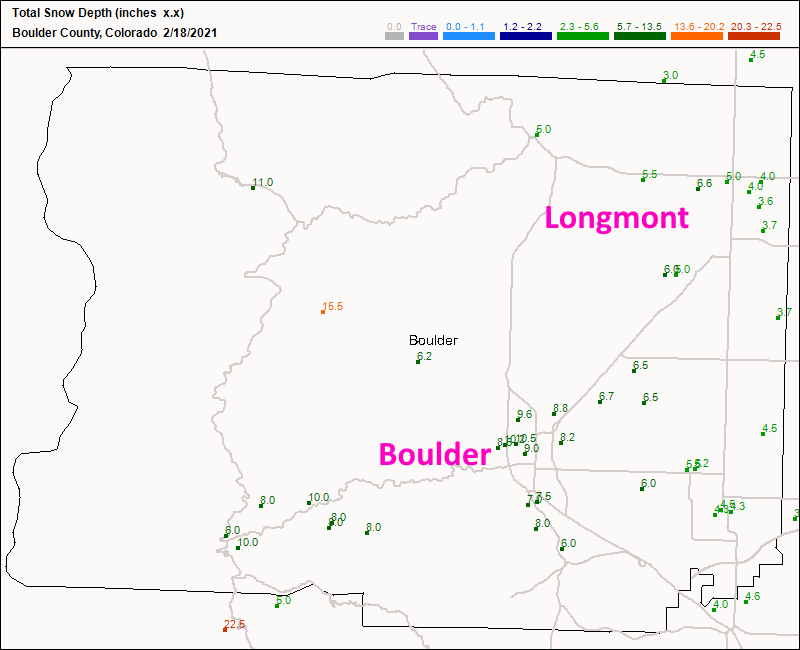 Figure 1: the CoCoRaHS snowfall reports as of Thursday AM.

The giant blob of super cold air has sunk to the southeast of Colorado but is still sitting over Texas, Oklahoma, and on over to Alabama. Temperatures are more like 30 to 40 degrees below normal instead of 50 t 60 degrees below normal as the sun slowly works on the air mass each day (Figure 2). 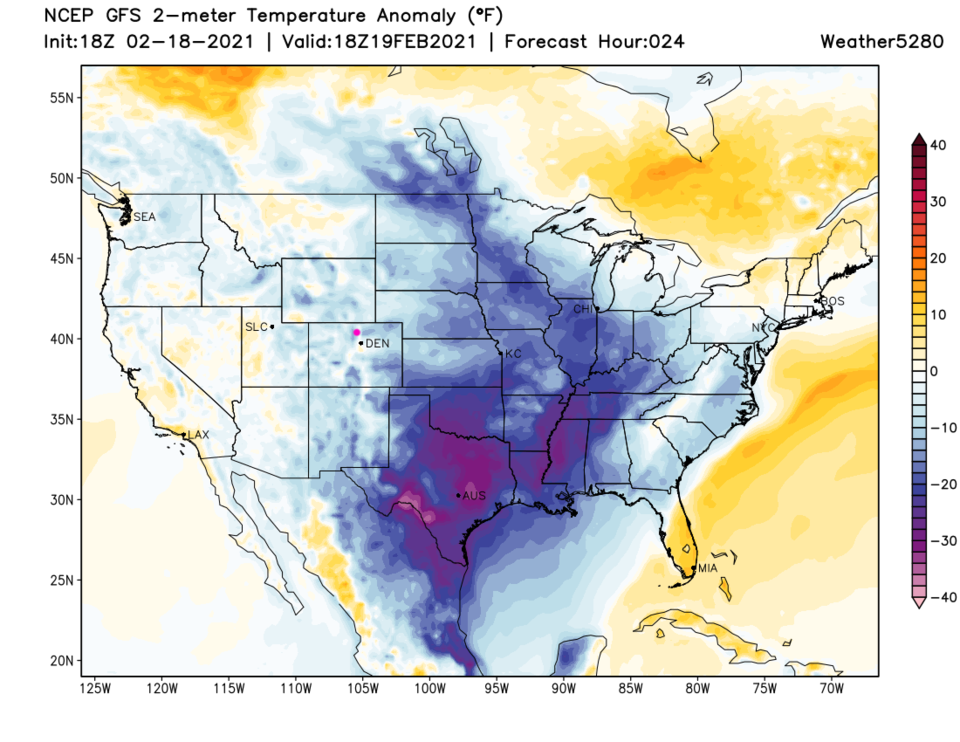 Figure 2: the temperature anomaly (departure from normal) for Friday from weather5280.com

By Saturday morning, the next western system is approaching us. Not much snow will make it east of the Rockies (again) but the mountains will win the snow contest clearly (Figure 3). 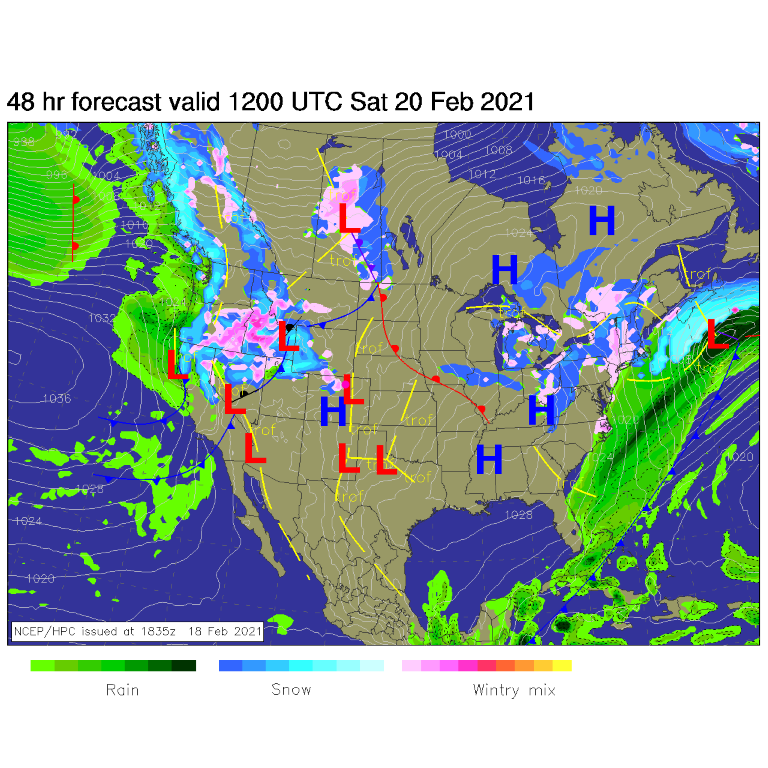 Figure 3: the surface forecast analysis for Saturday AM from NCEP.

The weekend snowfall is not-so-good east of the Rockies except around the Palmer Divide down to Pueblo (Figure 4). 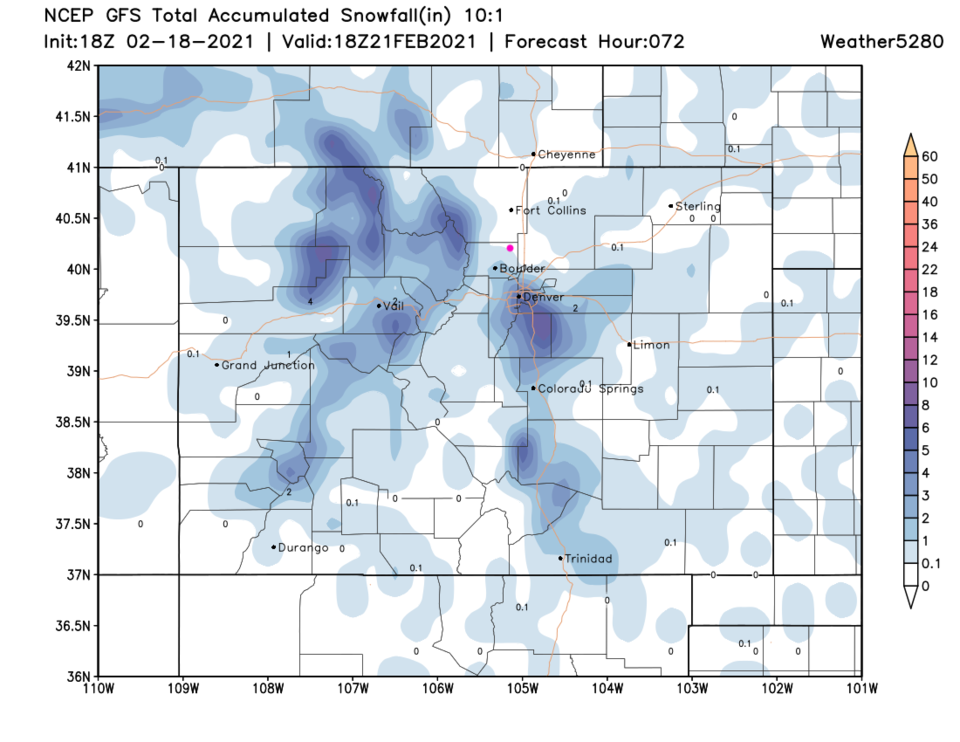 Figure 4: the precipitation total through Sunday noon from the GFS and weather5280.com

Figure 5: the 10-day graphical forecast from weatherunderground.com for Longmont, CO.

This weekend's small snow chances are driven by a quick-moving short-wave trough in the upper atmosphere zipping over the state (Figure 6). 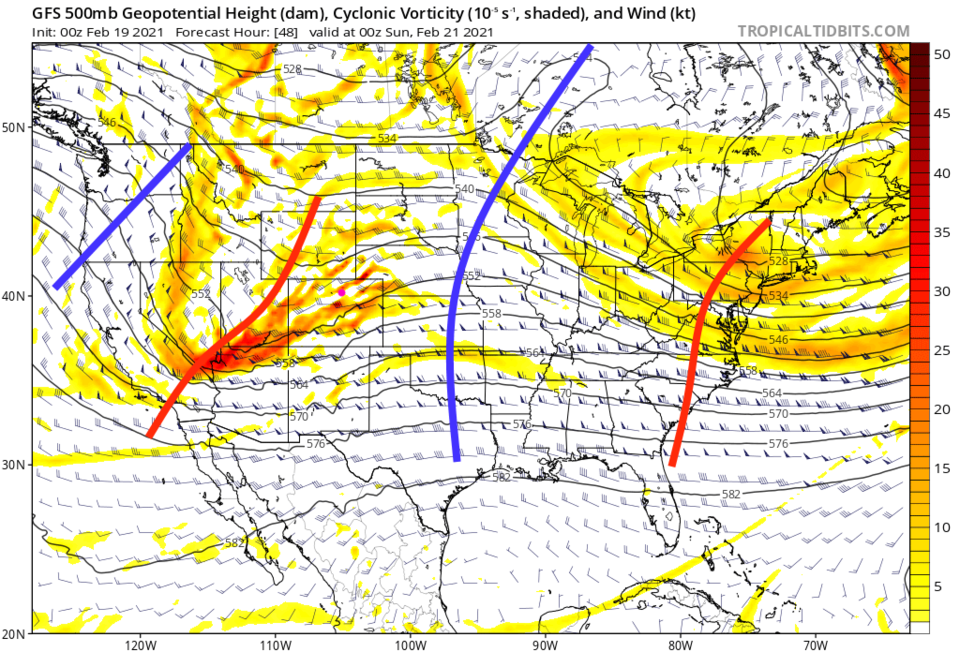 Figure 6: the 500mb upper air forecast map for Saturday night from the GFS and tropicaltidbits.com

A passing ridge brings back highs in the 50s Monday/Tuesday (Figure 5). Then another, larger, slower-moving trough, approaches for the mid/end of the week (Figure 7). 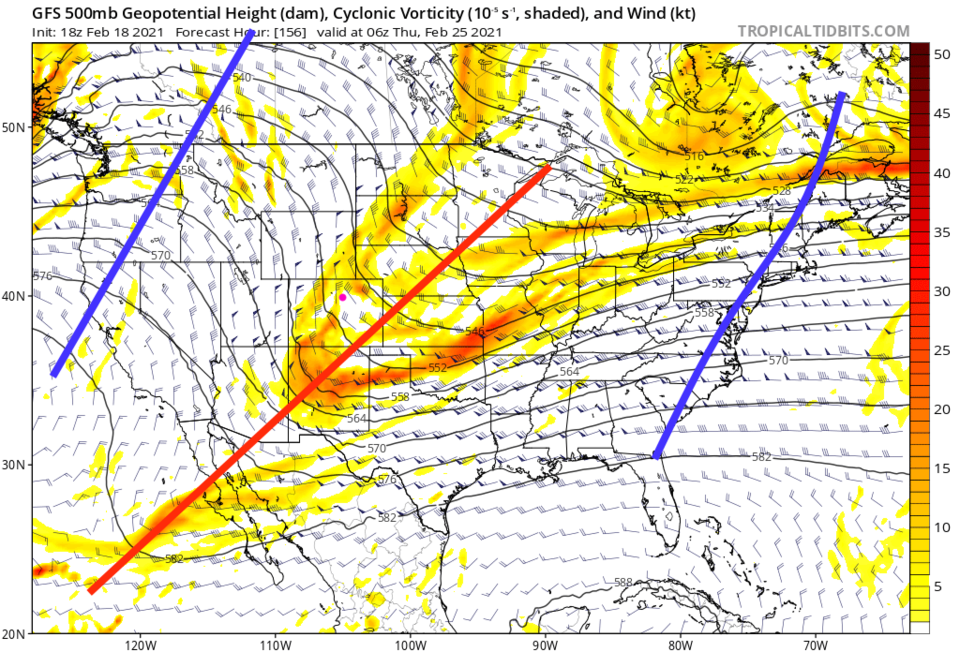 Figure 7: the 500mb upper air forecast map for Wednesday night from the GFS and tropicaltidbits.com

It looks like snow chances hold on Tuesday PM through Thursday PM (Figure 5).  Total snowfall is still not very impressive around Longmont though (Figure 8). 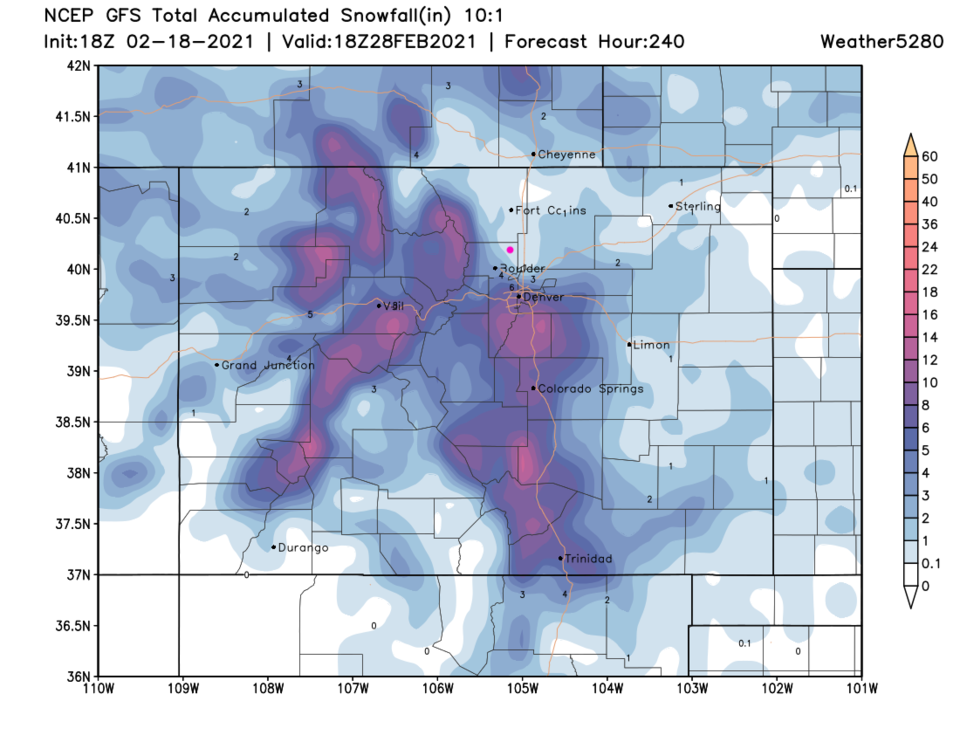 Figure 8: the 10-day precipitation total from the GFS and weather5280.com

Partly sunny; breezy in the afternoon

Cloudy and cold with snow showers, accumulating an inch or two; breezy in the afternoon

Cold with times of clouds and sun

Plenty of sunshine, but cold