“On one hand, [music] can be an escape, but on the other it can be this influential tool. Music can communicate these issues and reach people.” Shae said.
Sep 26, 2020 12:00 PM By: Matt Maenpaa 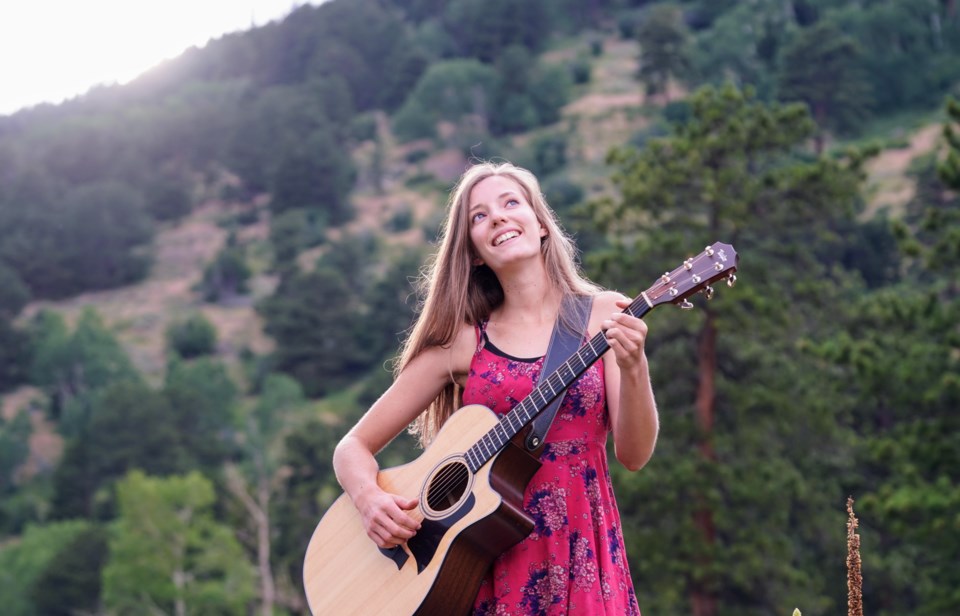 Taylor Shae’s fourth album, Legend Keeper, starts off with a boot-stomping, roots rock inspired track titled “Resolution” that conveys a roots rock sensibility; a little blues, a little Americana, and a funky, pulsing bass line that’s sure to get hips swaying on a dance floor.

At 20 years old, Shae is set to release her fourth album in as many years, while also attending Colorado State University full time in pursuit of a degree in Media Communication. Music has been a fundamental part of her life since an early age, learning to play the piano and eventually joining music programs in school. At 13, she landed her first gig in a local art gallery, cementing her drive to perform and create her own sound. By 16, she released her debut album, Something To Prove.

“Shae’s goal as a songwriter is to become a ‘legend keeper’ herself, a teller of tales that live on through songs meant to be shared, sung along to, and lyrically celebrated,” state a news release this week.

Continuing from the same statement. “Legend Keeper is made up of stories that are luminous in character, authentic in portrayal of corruption, and enduring in a society of outlaws. This energetic, bluesy-Americana collection is within itself a journey, meant to be heard drifting through open car windows on a summer road trip or during a spellbinding afternoon when the sun shines through gentle rain.”

Legend Keeper is packed with heart, lyrics that are sweet and poignant, and unafraid of the hardships facing the world. Songs like “Street Sweeper” and “What’s Left When” address the effects of climate change and greed. “On one hand, [music] can be an escape, but on the other it can be this influential tool. Music can communicate these issues and reach people.” Shae said.

Though written before the COVID-19 pandemic swept the world, Shae felt her song “Lights On” wound up being timely and almost prescient. “It was about staying positive after a loss, and it feels especially important as we experience this collective grief. A lot of people need that right now.”

From her selection to participate in the 2019 Boulder County Open Space Artist in Residence Program, to recording tracks with eTown studios, to winning the singer-songwriter competition at Boulder’s Teen Creek Festival in 2017, Shae’s accomplishments keep piling up. Though the pandemic has shifted many of her recent performances to digital streaming, she is no stranger to the festival circuit.

Shae’s next performance will be on Sunday, October 4 at City Star Brewing in Berthoud, CO, to celebrate the release of the new album. Legend Keeper releases October 2, 2020.

Este año algunos eventos del Día de Muertos tendrán alcance internacional, así puede participar usted también
Oct 27, 2020 4:31 PM
Comments
We welcome your feedback and encourage you to share your thoughts. We ask that you be respectful of others and their points of view, refrain from personal attacks and stay on topic. To learn about our commenting policies and how we moderate, please read our Community Guidelines.