Look back, ahead on women's right to vote just in time for Election Day

The Longmont Museum will commemorate the 100th anniversary of the ratification of the 19th Amendment to the U.S. Constitution with a Thursday panel discussion “100 Years of Women's Suffrage: Where Are We Now and What Lies Ahead?”
Oct 29, 2020 12:07 PM By: Sheila Conroy 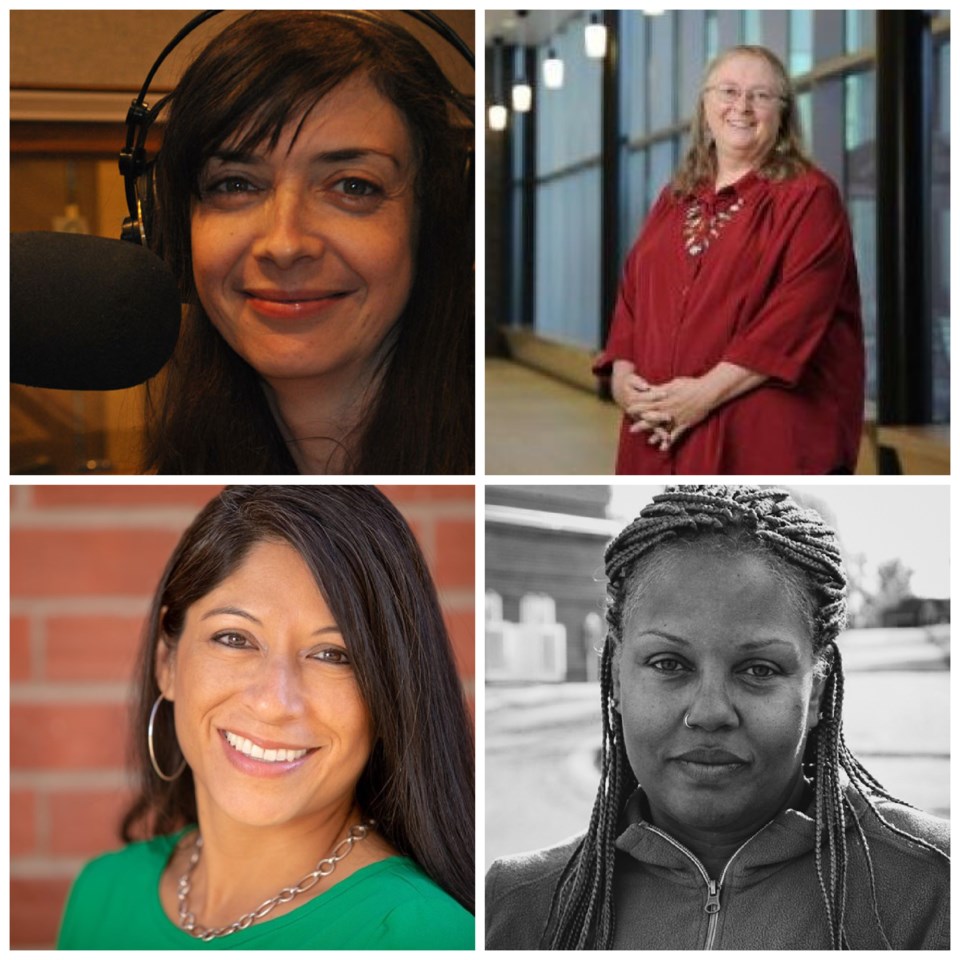 Clockwise from left, Maeve Conran, Rebecca A. Hunt, Marta Loachamin and Shiquita Yarbrough will be panelists for the Longmont Museum's Oct. 29, 2020 discussion

The history of women’s right to vote moves into the present-day spotlight tonight in the next installment of Thursday Nights at the Museum.

The Longmont Museum will commemorate the 100th anniversary of the ratification of the 19th Amendment to the U.S. Constitution with a panel discussion “100 Years of Women's Suffrage: Where Are We Now and What Lies Ahead?” Ratified on Aug. 18, 1920, the 19th Amendment declared for the first time that women, like men, deserved all the rights and responsibilities of citizenship. The multi-generational panel discussion will feature four civically engaged women and will cover “the century-long struggle that led to women’s suffrage, what’s happened in the 100 years since, and what work remains to be done.”

The discussion is being co-presented with KGNU Community Radio and the League of Women Voters of Boulder County and will be moderated by Maeve Conran, news director at KGNU.

The discussion will be at 7:30 p.m. in the Museum’s Stewart Auditorium. Longmont Museum members can attend in person but seating is limited to 45 members and reservations are required.  COVID-19 safety guidelines will be in place, including mask wearing throughout the event.  Reservations are required and can be made here or by calling 303-651-8374.

The program also will be livestreamed on the Museum’s Facebook page, LongmontPublicMedia and Comcast channels 8 and 880.

Seven local artist want you to shop local this holiday season, with art sale popping up this weekend
Nov 30, 2020 11:30 AM

LDDA turning Artists Sunday into Thanksgiving weekend celebration in Longmont
Nov 14, 2020 1:00 PM
Comments
We welcome your feedback and encourage you to share your thoughts. We ask that you be respectful of others and their points of view, refrain from personal attacks and stay on topic. To learn about our commenting policies and how we moderate, please read our Community Guidelines.