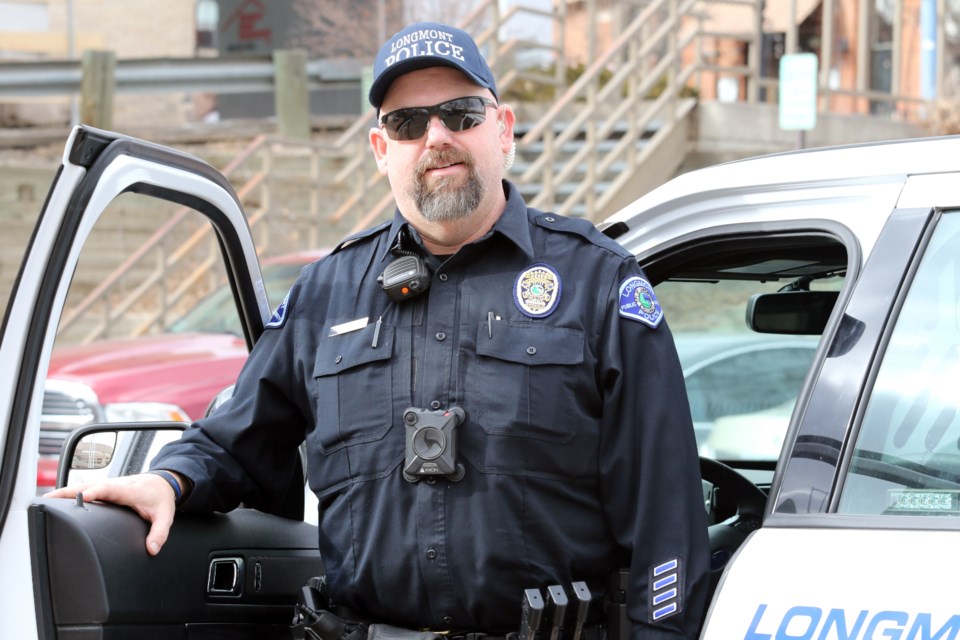 The Longmont Leader receives a police report from Longmont Public Safety daily. The police notes are published in full with occasional modifications to exact addresses, individual names and spelling. Please note that the category that the crime is labeled as is limited by police software based on the information the dispatcher receives when the call is made. Longmont Public Safety may edit the category as more information is learned about each case.

A Longmont resident on June 23 reported his motorcycle was stolen from the 2300 block of Zlaten Drive. There are no investigative leads.

On June 23, Longmont police officers were dispatched to the 1300 block of Coffman Street for a disturbance. A man was later arrested.

On March 8, Longmont police took a report of harassment. A woman was charged accordingly. The case is closed.

On June 23, officers responded to the 2200 block of Mountain View Avenue in reference to a reported stolen vehicle. The driver of the vehicle hit a police vehicle with the stolen car and fled. After a brief foot pursuit, the suspect was apprehended and transported to the Boulder County Jail.

The Longmont SWAT Team on June 8 assisted the Weld County Drug Task Force with the service of a high-risk search warrant in the town of Frederick.

On June 22 at approximately 1606 hours, officers were dispatched to a theft that occurred in the 1700 block of Main Street.

On June 22, a 13-year-old boy was bitten by a family dog when he got too close to its face. The boy was treated and released at Longmont United Hospital and the dog was placed in quarantine.

On June 22, Longmont police received a report of a dog bite. A report was completed and the dog was placed on home quarantine.

On June 22  at approximately 2209 hours, officers were dispatched to a possible domestic violence incident in the 400 block of Kensington Street.

Officer responded to a possible menacing in the area of Ute Highway and Main Street. The incident was unfounded.

On June 23 at approximately 0730 hours, Longmont police took a report of a burglary at a construction site in the 400 block of South Martin Street.

On June 22, a report was taken in reference to a criminal trespass that occurred in the 2000 block of Terry Street. The case is closed as suspects are unknown.

On June 23 at about 1211 hours, Longmont police were dispatched to the 1800 block of Main Street on a report of an assault. Upon arrival officers arrested a man for assaulting two women, burglary and criminal mischief. The man was transported to Boulder County Jail.

On June 23, Longmont police investigated a theft in the 1400 block of 17th Avenue.

On June 23 at approximately 1645 hours, officers contacted a man regarding a burglary to his residence in the area of Weld County Road 1 and East Ken Pratt Boulevard. The residence was entered sometime between Saturday and Monday. There is no suspect information.

On June 23, Longmont police responded to the report of fraud to be handled by phone in the 2200 block of East Ken Pratt Boulevard. A woman was said to be using a financial card without permission. Investigation revealed this was unfounded.

On June 23 at about 1741 hours, Longmont police were dispatched to the 1600 block of Pace Street on a report of an auto theft. Officers contacted a woman who advised someone stole her vehicle from a parking lot.

On June 23, Longmont police were dispatched to the 1200 block of South Pratt Parkway for a disturbance in progress. Information and a suspect were developed.

On June 23, officers took a report of a shoplifting that took place in the 100 block of Ken Pratt Boulevard. A man left the store without purchasing items. Case open.

Longmont police report: July 9, 2020
Jul 10, 2020 9:29 AM
Comments
We welcome your feedback and encourage you to share your thoughts. We ask that you be respectful of others and their points of view, refrain from personal attacks and stay on topic. To learn about our commenting policies and how we moderate, please read our Community Guidelines.