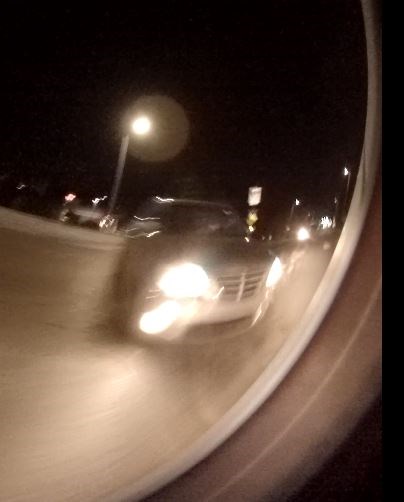 Photos of car involved in a hit and run crash with motorcycle on July 20, 2021. courtesy of Longmont Public Safety

Late Tuesday night, Longmont Police arrived at the scene of a gruesome hit-and-run accident involving a motorcycle and a 2009 silver Hyundai Genesis.

The motorcycle victim was found on the east side of the intersection of S. Hover Street and Ken Pratt Blvd. His foot had been amputated and he was bleeding heavily when first responders found him. He was immediately transported to a local hospital where he underwent emergency surgery, according to the police report of the incident.

The man is expected to recover from his injuries, according to Jeff Satur, deputy chief of police services.

The suspect's vehicle has Florida plates but has been seen in the area as early as June.

After officers approached the man he recounted his side of the story stating he was picking up a DoorDash order and thought he had the green light to make a left-hand turn. He thought he had hit a bicyclist and panicked and fled the scene, headed westbound, according to the police report. The 25-year-old man returned home and went to bed, not knowing how bad the person was injured nor wanting to, he told officers. He said he planned to call the police later in the day, however, did not attempt to following the crash.

The GoPro footage showed the motorcyclist entering the intersection, headed northbound on Hover Street, after the traffic light turned green.

"I am thankful to the public for their help and Officer Bartlett, our Patrol team, our Fire team, and our traffic team for their diligence during the initial investigation and their timely follow-up," Satur said.