Jenkins' mother created "The Money Game" for him and his sister when they were children. The idea came about when she was trying to teach them the cost of going out to eat, versus staying in.
Oct 8, 2019 3:00 PM By: Matt Maenpaa 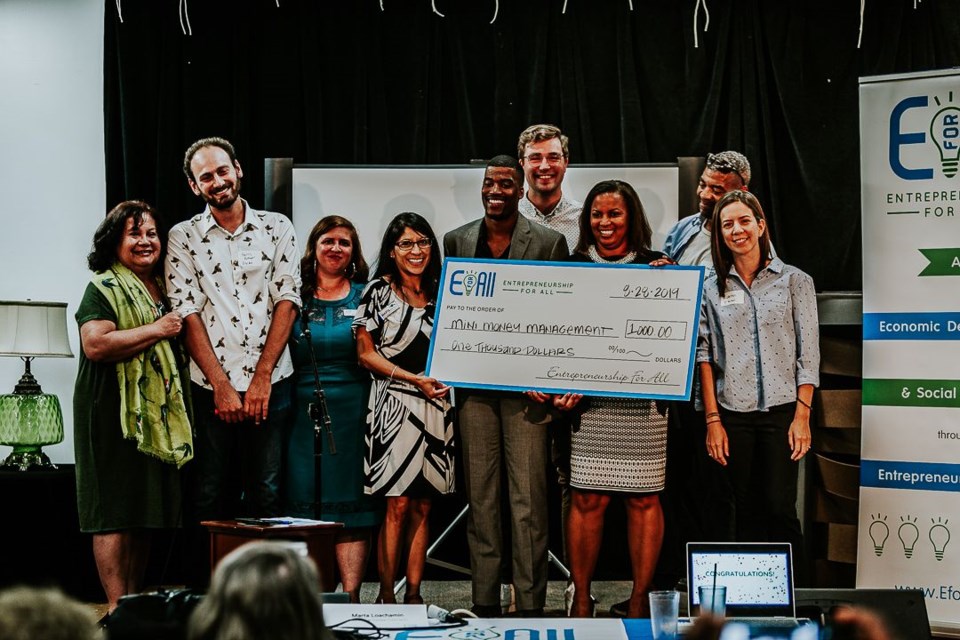 Lorne Jenkins took a leap when he applied for the EforAll Pitch Session a few months ago. He had an idea that he believed in, to create a better tool for financial literacy, and wanted to get some feedback. His idea was so strong, it took the Grand Prize of $1000 to put toward building the business.

The win was a complete surprise to Jenkins. "I didn’t expect to win, so that was a good feeling, but an even better feeling is knowing that this is something that can work, that people are excited about it and it’s just up to me to put it together."

Jenkins grew up in Longmont, attending St Vrain schools from elementary through high school. He eventually left the state for college in North Carolina, then in London for a Masters Degree. Some time working for a foreign exchange brokerage made him consider where his true passion lay. Happenstance brought him back home to Longmont and on to his next venture.

Jenkins' mother created "The Money Game" for him and his sister when they were children. The idea came about when she was trying to teach them the cost of going out to eat, versus staying in. After a summer of playing, her children were hungry for more. She toyed with the idea of selling "The Money Game" to other parents, but it never took off despite interested families.

A passing conversation between Jenkins and his mother led him to pursue the idea, not for parents, but for teachers directly. Colorado had passed a set of Financial Literacy Expectations for schools, but teachers were reliant on worksheets they created themselves. Smart entrepreneurs see a hole in the market and seek to fill it. After reaching out to his fourth-grade teacher to consult on the idea, Jenkins and his mother, Ellen Ross, founded Mini Money Management.

The idea behind Mini Money Management is to implement a simulated economy in a classroom, to teach the kids how money and budgeting work, in addition to resource management and math skills. Jenkins was enthusiastic about its place in the schools. “It’s another tool for the teachers to use in the curriculum. It’s easy for teachers to do it in the background in the classroom, and the money game is still incorporated.”

Students will have a base starting income, then explore regular costs such as desk rental and paying for janitorial services, in addition to paying for teacher-purchased supplies. Teachers can use the economy to fine students for disruptive behavior, or reward them for high marks and cooperation.

Jenkins' program is already starting a pilot program with 4th and 5th-grade teachers at Longmont's Burlington Elementary. The plan is to test the kids for financial literacy both before and after the program, in order for Jenkins and Ross to make improvements and provide some tangible results. One addition already planned will be an app for teachers and students, taking advantage of the prevalence of tablets in classrooms as an educational tool.

It won't just be schools participating. Jenkins has reached out to local businesses like Get Air and Crack'd Pots to donate prizes for the participating classrooms. Students that perform well, saving their money to the end of the semester, can then use it to purchase the prizes.

Jenkins believes introducing the concepts of financial literacy at a young age can help children become more informed adults, impacting not just personal budgets but further decisions surrounding college attendance or which jobs to pursue. St. Vrain Valley School District is the perfect place for Jenkins to test, not just because it's his hometown, but because they have a reputation as forward-thinking and open to new ideas.

Though only in the one school, for now, Jenkins and his company are looking for more participants. Any teachers willing to volunteer are encouraged to reach out to Jenkins through the company website.

Longmont Leader Reopening Report: What’s open, what are the rules?
Jun 30, 2020 12:40 PM
Comments
We welcome your feedback and encourage you to share your thoughts. We ask that you be respectful of others and their points of view, refrain from personal attacks and stay on topic. To learn about our commenting policies and how we moderate, please read our Community Guidelines.