Jeff Satur, deputy chief of Longmont Police Services, in an email Monday morning said he hesitated to give specific locations “because the bear needs to be left alone. In most cases, a bear will move back to better territory once people or dogs stop putting pressure on it.”
Aug 31, 2020 1:15 PM By: Julie Baxter 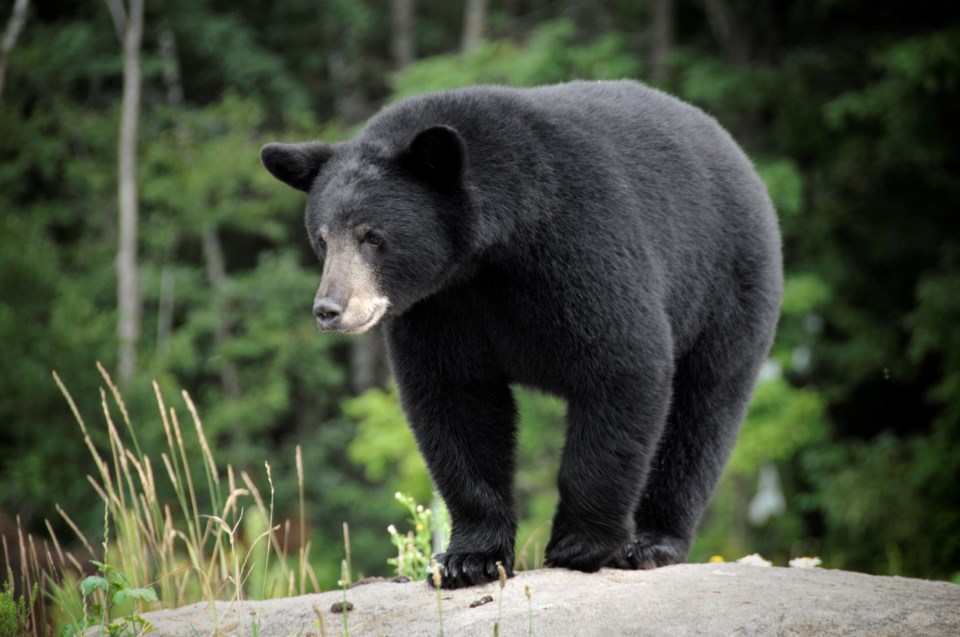 A bear was spotted in Longmont on Aug. 30 and 31, 2020. This photo is not of the bear, but is strictly for illustrative purposes. (Photo by Getty Images)

A bear has been spotted in several locations around Longmont in the past few days.

Jeff Satur, deputy chief of Longmont Police Services, in an email Monday morning said he hesitated to give specific locations “because the bear needs to be left alone. In most cases, a bear will move back to better territory once people or dogs stop putting pressure on it.”

However, he did say the bear was spotted Sunday in central-west Longmont around Third Avenue.

Oh, you know, just your casual BEAR sighting in Longmont 😳🐻 word is mama has been caught but (clearly) her cub has not. @TimesCall @cityoflongmont #longmont pic.twitter.com/JpXwev767q

“A bear in town is something people should report to Colorado Parks and Wildlife and they can do so by calling 303-291-7227 during business hours, or if it is after hours, they should call Colorado State Patrol at 303-239-4501,” Clay said via email.

He said a wildlife officer received a second-hand report Monday morning via a NextDoor posting. Such second-hand information is hard to work off of, Clay said, but the officer indicated it sounded like the bear was seen in the vicinity of Fifth Avenue and Gay Street. There was another report a few days ago of a bear near Longmont High School, according to Clay.

Wildlife officers have no knowledge of bears being trapped, hit on the road or otherwise dealt with by wildlife officials, Clay said.

Based on video posted to Twitter Monday morning, wildlife officers said the bear likely is a yearling, so would be on its own and its mother would not be around, Clay said.

Satur advised people who spot a bear to leave it alone and not approach it, and to keep dogs under control or bring them in your home if the bear is in your yard.

“If the bear has climbed a tree, leave it alone,” Satur said. “ A gathering of people will cause the bear more stress, and the stress of people or dogs may cause the bear to flee, putting the bear at risk of being hit by a car.”

Satur also urged residents to secure trash cans and or move them in the garage, and directed people to a Colorado Parks and Wildlife link with more information about living with bears.

Most of the bear sightings occur west, southwest or north of Longmont (see the map below; red dots are bears, yellow are mountain lions), according to Clay.

Wildlife officers also reminded people that fruit trees can be a lure for bears as they ready for the approaching winter.

“... We are getting to the time of year when fruit trees are starting to become ripe and when that happens, you have bears that come into town looking for a meal,” Clay said via email. “That has already happened in Boulder and Loveland and Longmont would be no different. It is important that people clean up fallen fruit on the ground and harvest ripe fruit from trees to remove that attractant, which could lure in a bear to your backyard.

“It is also important that if you see a bear in your neighborhood to haze it away so it does not feel comfortable being around people,” Clay said. “You can haze bears safely away by setting off the panic button on your car alarm, blowing your car horn, banging pots and pans together, using an air horn or whistle or simply yelling at the bear.” 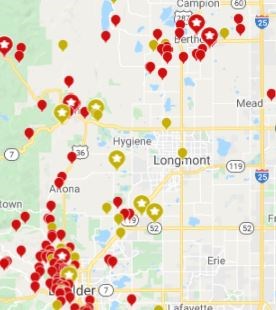 Outside: Pandemic protocols and powder fever could fuel bump In backcountry numbers
Nov 26, 2020 1:00 PM
Comments
We welcome your feedback and encourage you to share your thoughts. We ask that you be respectful of others and their points of view, refrain from personal attacks and stay on topic. To learn about our commenting policies and how we moderate, please read our Community Guidelines.