A public meeting will be held on Thursday to discuss the issue, public testimony will not be taken.
Mar 2, 2021 1:00 PM By: Monte Whaley 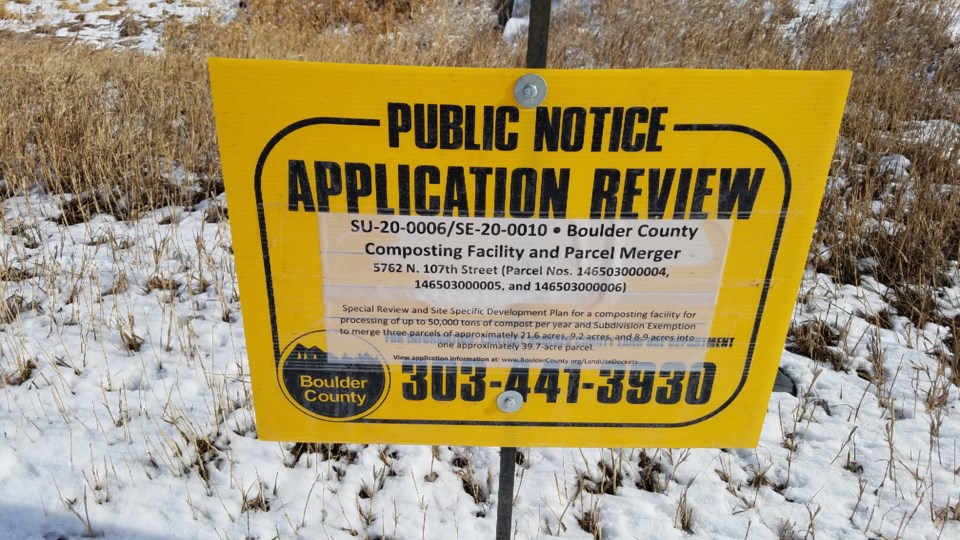 A special use application to build a controversial composting plant at the former Rainbow Tree Nursery site on U.S. 287 south of Longmont could be formally pulled this week.

Public Works Director Jeff Maxwell will recommend to the Boulder County Commissioners on Thursday to withdraw the application to allow staff and the commissioners to assess new information about the proposed facility, according to a Boulder County news release. The new information being sought includes data on engineering and financing for the proposed facility, the news release states.

Since the meeting is not a public hearing, no testimony will be taken, according to the release.

The county’s bid to place the composting plant on the 40-acre Rainbow Nursery parcel has been the target of two lawsuits filed by adjacent landowners. They claim Boulder County bought the land with sales and use tax revenue to create a conservation easement.

The county decided in 2018 to build an industrial-scale composting plant on the parcel, ignoring the conservation easement which is supposed to protect fragile agricultural land from development.

The Rainbow Nursery tract is a delicate riparian and wildlife corridor, Nancy Davis, one of the adjacent landowners told The Leader last week. “You can’t just pluck this piece of land out and hand it over to the Public Works Department,” she said.

The county has asked a judge to dismiss the two lawsuits because the development plans are on hold.

Erie trustees also have objected to the project.

Supporters of the composting facility say it will cut greenhouse gases and help Boulder County achieve its goal of zero waste by 2025.