COVID-19-related restrictions on the number of people who can use recreational facilities at one time have cut into revenues and are prompting the early closure of the rink, according to a staff report to council. An estimated $25,000 is needed to keep the Ice Pavilion open through the end of February; to keep it open until mid-March would cost $32,000, according to the report.

A Zamboni circled the ice Sunday at the Longmont Ice Pavilion to prepare for another youth hockey game, as players  — both boys and girls — laced up their skates, high-fived each other and got last-minute instructions from their coach before they began their competition.

A few parents looked on, offering encouragement and wondering openly if the youth hockey season will soon be cut short because of COVID-19 restrictions.

“I do know one thing, ice hockey has changed my son’s life,” parent Gary Mess said as his 12-year-old son Ben readied to hit the ice. “He’s learned so much from the sport. How to compete. How to work hard. How to work with others.

“If anybody would ask us (the parents), we’d pitch in to help the city keep this rink open, at least through March,” Mess said. “It just means so much to us.”

Parents like Mess have flooded city council with requests to keep the Ice Pavilion at Roosevelt Park open at least until late February. City staff members have warned that extending the calendar for skating and peewee ice hockey could sacrifice other recreation programs in the city.

As it stands now, the city is scheduled to shutter the Ice Pavilion next week, after a Nov. 20 opening. The popular facility is usually open until March.

But COVID-19-related restrictions on the number of people who can use recreational facilities at one time have cut into revenues and are prompting the early closure, according to a staff report to council. Currently, only 25 users are allowed on the ice at one time. 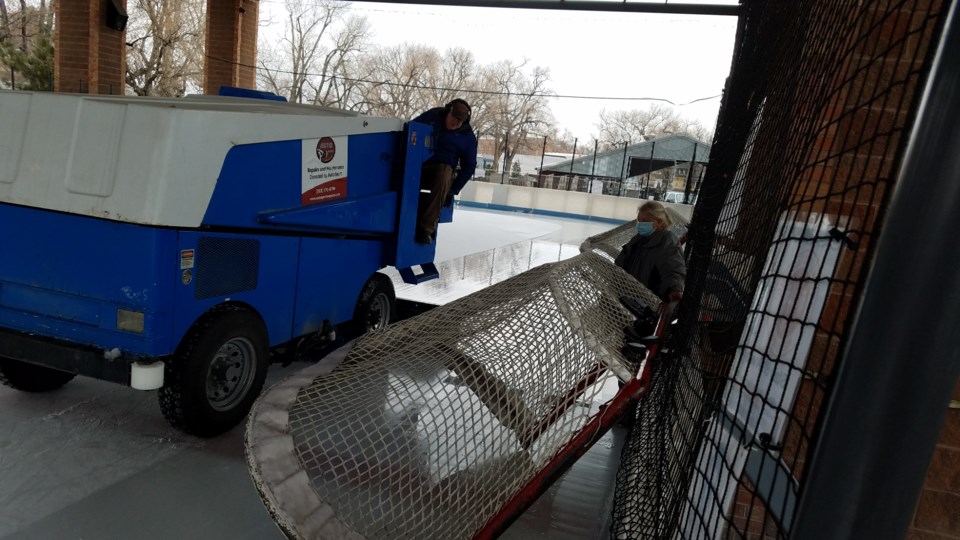 Prep work before the next peewee hockey game at the Longmont Ice Pavilion on Sunday. By Monte Whaley
Council on Tuesday is scheduled to discuss whether to dip into its general fund contingency account of $155,701 to continue Ice Pavilion operations at least until the end of February. Another $102,052 in carryover funding will be available for the contingency fund after the 2020 fiscal year closeout, the staff report states.

An estimated $25,000 is needed to keep the Ice Pavilion open through the end of February; to keep it open until mid-March would cost $32,000, the staff report states.

“In order to stay within the 2021 Recreation Budget, staff needs to discontinue the ice season at the end of January so that we can offer other recreational opportunities to the public throughout the remainder of the year,” the report states.

Parents and coaches, in their lobbying campaign to keep the rink open through the winter, point out that ice skating and hockey are among the few healthy activities people can do outside, and that the rink is still busy, despite health restrictions, according to the staff report.

“The ice rink participants and staff have done a great job of following the COVID safety protocols,” the report states.

“We all pitch in when we can,” Mess said Sunday. “I even come here three times a week to skate. I mean, there is no other place we can go to get this kind of exercise. It’s a great asset for everyone.” 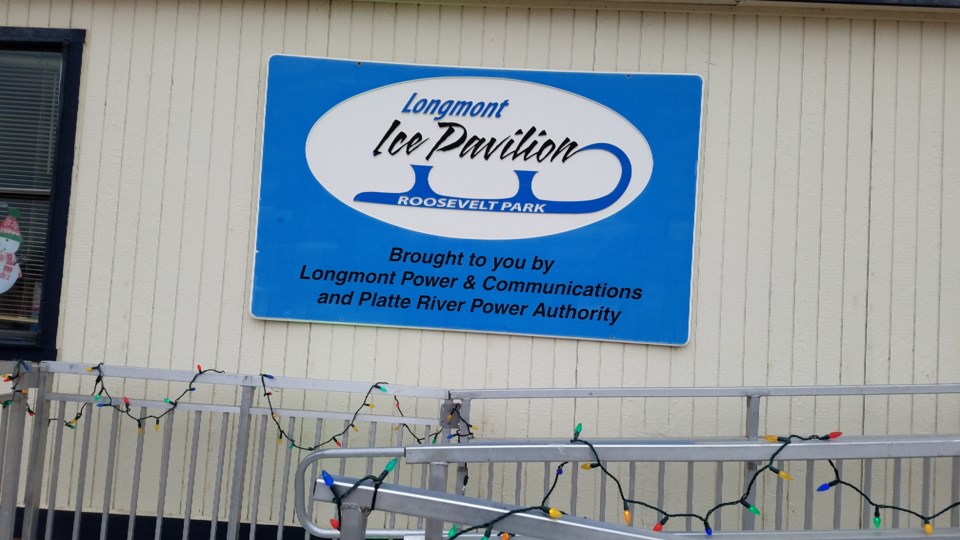 The Longmont Ice Pavilion pictured on Sunday. By Monte Whaley

Get ready for this year's 'Merry & Bright' Longmont Lights Parade!