Kelsey Skokan, 17, died after the head-on collision Friday, and as his family grieves, friends and strangers are donating time, money and meals to sustain them and their Black Cat Farm.
Jul 29, 2020 6:10 PM By: Julie Baxter 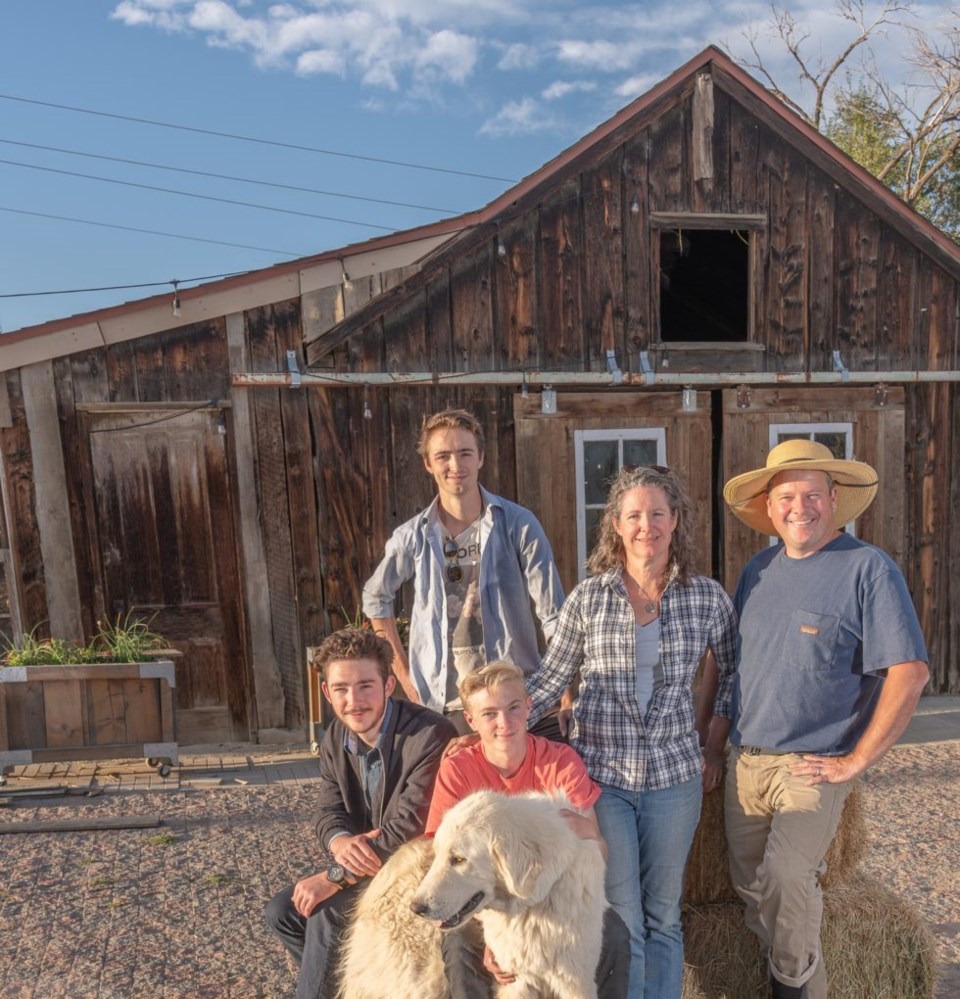 The community is rallying around the family of a Longmont teen who was killed last week in a crash on Nelson Road.

Kelsey Skokan, 17, died after the head-on collision Friday, and as his family grieves, friends and strangers are donating time, money and meals to sustain them and their Black Cat Farm.

“The family — Eric, Jill, their daughter Morgan and sons Ian and Avery — is devastated,” Doug Brown, a spokesperson for the family, wrote in a blog post on the Black Cat Farm website.

The Skokans are owners of Black Cat Farm in Longmont and a restaurant of the same name in Boulder, as well as sister restaurant Bramble & Hare in Boulder.

“The Boulder community has responded with astounding generosity,” the blog post states. “Emails and phone calls began at once from people volunteering to help — to harvest and clean vegetables, to temporarily adopt lambs that needed to be bottle-fed, to move fence lines, to work at farm dinners, the farm stand and the Farmers’ Market.”

In all, about 40 people have volunteered to help on the farm, at the stand and at the market, Brown said Thursday.

In addition, 10 chefs from area restaurants have offered to cook meals for the family. The notable restaurants stepping up for the Skokans include Basta, The Kitchen, Blackbelly, Santo, Beast + Bottle, ARCANA, Frasca Food and Wine, Pizzeria Locale,  Shamanes Bakery & Cafe and the Big Red F Restaurant Group, Brown said. Catering By Plenty also is delivering meals, he said.

A GoFundMe campaign also was launched “to help the Skokans manage costs associated with the accident and to help support their 425-acre farm while the Skokans take a break from work to stay close with family,” according to the post. As of Thursday afternoon, it had raised more than $223,000, well surpassing its $75,000 goal.

The crash in which Kelsey Skokan was killed happened at 5:21 p.m. Friday on Nelson Road west of North 51st Street when a 2005 Kenworth cement mixer collided with the MG convertible coupe being driven by Skokan, according to Colorado State Patrol Trooper Josh Lewis. The driver and passenger in the Kenworth were injured in the crash, according to Lewis. Kelsey Skokan’s brother, Ian Fleming, who was a passenger in the MG, also was injured but is home now, Brown said.

After the crash, the truck collided with the Skokan home, causing serious damage, the extent of which is unknown, Brown said.

The investigation into the crash is ongoing, Lewis said. It does not appear alcohol or drugs were involved, but speed is being looked at as a possible factor, he said.

Because the family’s home was damaged Colorado Chautauqua “donated the temporary use of a large cottage for the extended family,” the blog post states. Family has flown in from Oregon, Virginia and Maryland, Brown said.

Supporters also have stepped up to keep the Black Cat farm dinners going. Reservations are taken a week at a time and sell out quickly, Brown said.

Brown said people looking for a way to support to the Skokans can do so by dining at the farm, shopping the farm stand, which is open to from 10 a.m. to 5 p.m. daily at 4975 Jay Road in Boulder, or shopping the Black Cat stall at the Boulder Farmers Market, which is from 8 a.m. to 2 p.m Saturdays on 13th Street.

“The Skokans, like all farmers right now, are facing a shortage of outlets” for the 250 varieties of vegetables, herbs, grains and legumes grown on their farm, and their organic pasture-raised heritage pigs and sheep, he said. “In their case, they grew their food to supply food to two restaurants that arent’ running right now.”

Mosquito spraying planned in seven areas of Longmont on Thursday night
Aug 5, 2020 7:00 AM

Q&A: Navigating the 2020-2021 school year at SVVSD
Aug 4, 2020 5:37 PM
Comments
We welcome your feedback and encourage you to share your thoughts. We ask that you be respectful of others and their points of view, refrain from personal attacks and stay on topic. To learn about our commenting policies and how we moderate, please read our Community Guidelines.