Funding for Colo. 119 revamp could be in peril as RTD faces budget woes

$30 million for improvements to the Diagonal Highway from Boulder to Longmont is endangered as the Regional Transportation District deals with a plunging bottom line, RTD board members told local government officials on Wednesday.
Oct 1, 2020 7:00 AM By: Monte Whaley 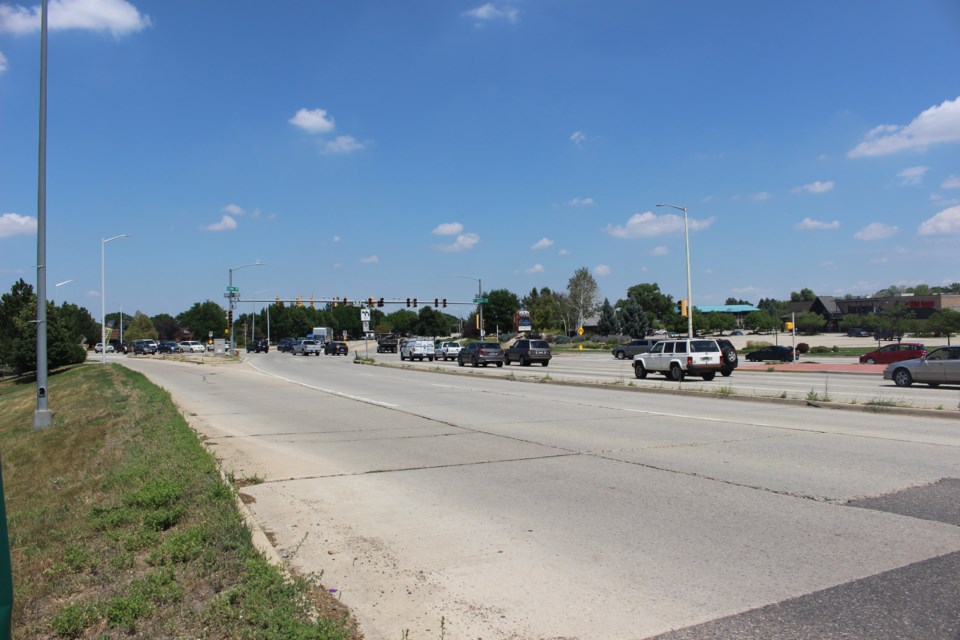 Traffic is seen on Colo. 119 at Hover Street in Longmont on July 28. (Photo by Shona Crampton)

Agency funding for the rail line remains frozen while $30 million for improvements to the Diagonal Highway from Boulder to Longmont is endangered as RTD deals with a plunging bottom line, the board members told local government officials during a membership meeting of Commuting Solutions, a nonprofit group that advocates for transportation improvements in Boulder and Broomfield counties.

The agency could lay off more than 500 people in an attempt to balance its budget, according to officials. It also is eyeing salary reductions for some of its highest-paid employees.

“Everything is still very fluid right now,” RTD board member Judy Lubow said Wednesday. Lubow, along with RTD board member Lynn Guissinger, spoke at Wednesday’s meeting. Both represent Boulder County on the board.

Local transportation officials offered updates on the progress of improving the 20-mile segment of the Diagonal Highway between Longmont and Boulder. The Diagonal — officially Colo. 119 — is slated for a $253 million makeover.

At least $93 million in funding for the project has come from RTD, the Colorado Department of Transportation and the Denver Regional Council of Governments, Bill Van Meter, assistant general manager for RTD, told Commuting Solutions in June.

Planners hope to turn Colo.119 into a “multi-modal” thoroughfare with toll lanes for bus rapid transit — or BRT — and high occupancy vehicles. The changes are needed since the Diagonal draws as many as 45,000 vehicles a day with a projected 25% increase in traffic by 2040, according to Commuting Solutions.

No ground has been broken yet but the initial portions of the project are scheduled to be implemented through 2024, according to transportation officials.

The RTD board earlier this month considered suspending annual contributions to RTD’s FasTracks Internal Savings Account, including $17.6 million next year, according to published reports. FasTracks was approved by voters in 2004 to create a rail line to encircle the metro area that included the Northwest Rail line.

Some board members also wanted to dip into a $120 million reserve for unfunded FasTracks projects, including the Boulder to Longmont rail line, Guissinger said.

She and Lubow both said no and the pressure from local governments probably derailed that idea, Guissinger said.

“We got a lot of letters of support from local governments up here and from northwest mayors and northwest councils and the Boulder Chamber of Commerce,” Guissinger said. “They all said ‘Don’t touch’ that account.”

The RTD board agreed but also said it would suspend payments to the reserve fund as it faces  a 40% cut in service because of COVID-19, Guissinger said.

Commuting Solutions Executive Director Audrey DeBarros said $30 million in base system funding for the Diagonal could still be tapped by RTD to shore up its budget.

“So it is funding we are constantly watching,” DeBarros said.

Lubow said she is heartened by the selection of Debra Johnson as RTD’s new general manager. Johnson could be more attuned to the needs of the northwest corridor, Lubow said.

“We are under great duress but there is also a great opportunity in getting a new director, open to change,” Lubow said. “We have a chance to talk to the new director to make things better.”