The city council gave no deadline for coming up with a detailed plan for the facility
Apr 7, 2021 2:00 PM By: Monte Whaley 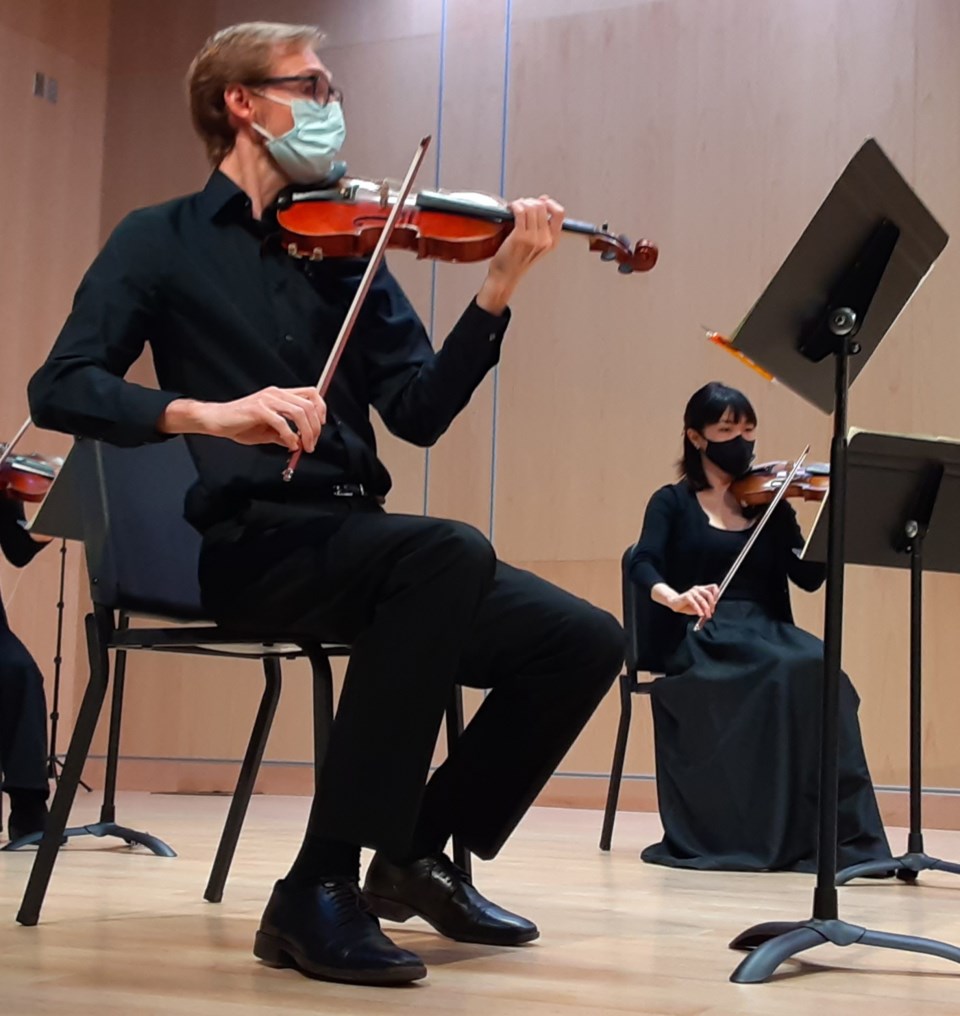 Benjamin Ehrmantraut and Kina Ono rehearse Saturday, Oct. 3, 2020, at the the Longmont Museum. Ehrmantraut and Ono will be featured performers during the LSO's first live streaming show of the season on Sunday, Oct. 11, 2020. (Photo by Matt Hagerman)

“I think it’s bold and big and dramatic,” City Councilmember Tim Waters told the council during a work session. “We want to differentiate ourselves from everybody else. I think this is a good place to start.”

The city council gave no deadline for coming up with a detailed plan for the facility, which must include a breakdown of funding sources. “That’s money that is going to be very difficult to find,” Mayor Brian Bagley told the council.

A feasibility study by C.H.Johnson Consulting Inc. was accepted Tuesday by the city council as groundwork for developing the arts and cultural center.

The study detailed several aspects of developing the center, including its possible location and economic forecasts. The consultants said the facility could be built in two phases with a more expansive version costing over $158 million.

The larger version could better accommodate the growth of the region and support the local arts community, the consultants told the council.

“This project in our minds is highly warranted,” Charlie Johnson, president and CEO of C.H. Johnson, was paid $150,000 from a variety of local groups for its work. “This project should be pursued.”

His group recommends the facility be built in the lower downtown area south of First Avenue between Pratt Parkway and Martin Street. The area is near the proposed site of STEAM — Science, Technology, Education and Arts — a redevelopment effort for that area of Longmont, according to the city.

The first phase of the arts, events, and cultural center would include a 25,000 square-foot multipurpose hall for conventions, trade shows, exhibitions, banquets, consumer shows and conferences, according to the consultant’s report.

The first phase would also include a 1,000-1,500-seat auditorium which could attract local and performing arts groups as well as commercial and private entertainment, the consultants told the council.

There would also be 10,000-square-feet of meeting rooms, classroom and rehearsal rooms, the consultants said.

After 10 years of operation, the Phase 1 facility should attract $3.8 million in direct spending annually and $11.7 million in off-site spending, the consultants told the council.

The center should also bring in 173 jobs each year in ten years.

An expanded version of the facility would include a 500-seat recital hall and a 10,000 square-foot ballroom, the study states.

Councilmember Polly Christensen praised the details in the consultant’s study, saying it can be a reliable guidepost for the future development of a cultural and convention center.

Both, she said, could be a regional draw and bring in funds while adding to the cultural growth of the city.

“We do need cultural venues for the future for anybody who lives here, for kids who need a place to perform,” Christensen said. “We want to see this.”