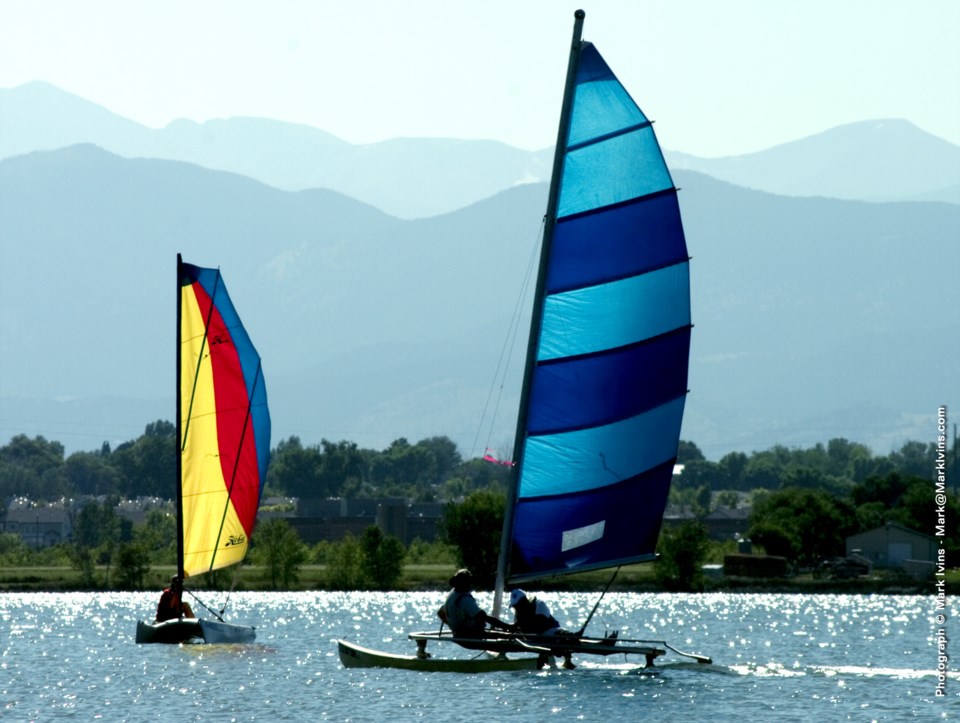 The presentation was given by Water Resource Engineer, Jason Elkins, P.E.

The City of Longmont has been working with Dr. Helmig, Fellow and Associate Research Professor at INSTAAR (Institute of Arctic and Alpine Research) at the University of Colorado, to test the air quality around Union Reservoir.

This project includes two stations being established, one at Union Reservoir and one at Vance Brand Airport.

During the update, Elkins reported that the station at Vance Brand Airport is operational with the exception of the 30 ft. tower, that will house the sensors, being erected. This station is already collecting data from sensors that have been placed on top of the trailer that currently houses Dr. Helmig's scientific instruments.

The tower is expected to be erected in the next two weeks at which point the sensors will be moved to the standard height for data collection.

The Union Reservoir station has undergone several setbacks in the process of getting up and running. The facility currently has the infrastructure for electricity and Nextlight internet installed. Staff is waiting for the results of the permit inspections to be able to turn on these utilities. This is expecting this to be completed by the end of Thanksgiving week.

Once the utilities are turned on, Dr. Helmig will be able to install his instrumentation at the site.

The 30 ft. tower needed for the air quality sensors is expected to be erected by early December.

City staff hopes that everything will be in place and functional by Christmas.

Elkins also reported that a clear baseline has been established for the water quality at Union Reservoir. He stated that no abnormalities were detected from the many sampling points established within and around the reservoir. The analysis will continue as fracking sites are established in the areas surrounding Union Reservoir.