Costco wants to build a 150,000-square-foot retail store and fueling station east of and adjacent to the Harvest Junction South retail and residential development, according to a city news release.
Nov 13, 2020 2:41 PM By: Macie May 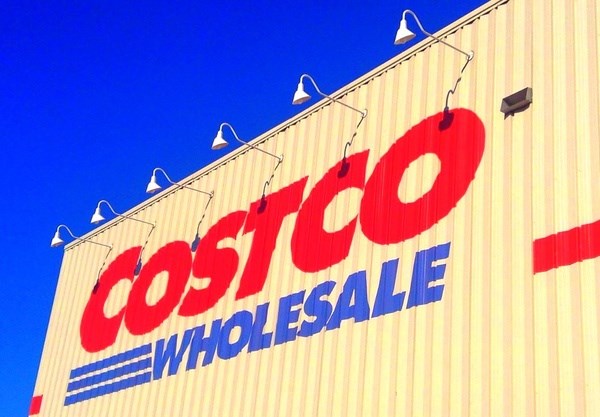 City council will vote Tuesday on offering $12.5 million in incentives to Costco to open a store in Longmont.

Costco wants to build a 150,000-square-foot retail store and fueling station east of and adjacent to the Harvest Junction South retail and residential development, according to a city news release.

“Costco made it known early last year that they were looking at locating a new facility in the Longmont area, which would be a great benefit to our community,” Longmont City Manager Harold Dominguez stated in the release. “The proposed incentive package is required for Costco to locate in Longmont specifically and very similar to other agreements along the Front Range. We protect our existing sales tax base as well as invest in our future with this agreement.”

The decision for Costco to choose to locate in Longmont is somewhat unusual because it tends to choose sites along interstates and major highways and “the fact that they were interested says a lot about where we are as a community,” Dominguez said during the show.

“They are a destination retailer. For us that makes a huge impact to our community,” Dominguez said. “I think it positions us for other retail opportunities in the future even in a world that is somewhat chaotic.”

When Costco approached the city about building a store, it inquired about incentives. At the time, the company was looking to locate in the region and was eying several sites. In addition to the site in Longmont, it was considering another location east of Longmont, outside city limits.

“Costco was coming, it was just a matter of where,” Bagley said during “The Backstory” program.

If Costco chose to locate outside city limits, traffic would still impact the community, however, the city would not see economic and fiscal benefits of the store, Erickson said on “The Backstory.”

Longmont had a hard decision to make and chose to begin looking at ways to incentivize Costco to locate within city limits, she said.

Dominquez on the program said, “If it doesn’t go to Longmont and it goes just east of us, we actually stand to lose a lot. … That’s really for me one of the first times in my career where it is not just what you can gain but it's really evaluating what you could potentially lose.”

The proposed economic incentives for Costco include funding property improvements and development costs and providing raw water for both the development and affordable housing, according to the release.

The Costco project is a public-private partnership with the Goldens, a longtime Longmont family according to the news release. The city purchased 48 acres east of the Harvest Junction shopping center, south of Colo. 119 from developer Reggie Golden. Nine acres of that purchase will be dedicated to affordable housing, 26 acres to Costco and the remainder will be reserved for future development.

“When the city reached out last year to discuss the need for land for this important project, we weren’t initially planning to develop it at that time. However, through several discussions we determined that this would be a good use of the land both for the family and for the Longmont community as a whole,” Reggie Golden stated in the news release. “This project seemed like another significant way for us to partner to benefit Longmont. It made sense to us.”

The 26-acre purchase cost the city $12.5 million, according to Jim Golden.

The 9 acres for affordable housing helps the city meet a goal of providing “affordable and accessible housing options that meet the needs of residents of all ages, abilities and income levels” that is included in Envision Longmont, the city’s multimodal and comprehensive plan, according to the news release.

The incentives package on which council will vote Tuesday night calls for the city to be reimbursed for money it invests in the project should certain milestones not be met, Rademacher said on “The Backstory.”

“We tried to be very thoughtful as we were doing these negotiations in working through any number of scenarios that could come up. I think at the end of the day, this has the potential to really be a showcase development for the city. … We probably have as much protection on this project as we likely do in any capital project that the city goes out to build,” Rademacher said.

Based on numbers supplied by Costco, Jim Golden projects the city will net $4.06 million in sales tax revenue in the store’s first year of operation. Golden said he considers himself conservative when he estimates future growth at 2%; Costco estimates as high as 10%. By Golden’s projections, in 20 years Costco would generate around $98.6 million in sales tax revenue with an additional $60,000 in estimated property taxes.

The store also would annually provide nearly  $250,000 in taxes to St. Vrain Valley School District and $100,000 to Boulder County, yearly, Jim Golden said on “The Backstory.”

Costco also will bring 200 new jobs to Longmont, according to Erickson.

Bagley on “The Backstory” said he has heard no opposition to the incentives from fellow council members and expects first reading will pass on Tuesday.

“In order to continue Longmont’s ability to generate sales tax, to be able to fill our potholes, install our traffic lights, pay our police officers and just make sure our city gets paid and continues to progress and prosper, we need to continue to look for economic opportunities and with development such as this we can move forward into the future comfortably, happily and united,” Bagley said on the program.

If approved, the anticipated opening date for the store would be as early as July 2023 and no later than July 2024, according to the news release.

Communications to council about the incentive package and the incentives can be viewed in the agenda packet starting on page 279.

Correction: The city of Longmont only purchased 26 acres of land for Costco and 9 acres for affordable housing. The remainder of the orginally mentioned 48 acres will be reserved for future development. Erickson's name was misspelled.

Colorado lawmakers OK COVID-19 aid, say more is needed
Dec 2, 2020 2:36 PM
Comments
We welcome your feedback and encourage you to share your thoughts. We ask that you be respectful of others and their points of view, refrain from personal attacks and stay on topic. To learn about our commenting policies and how we moderate, please read our Community Guidelines.