Marta Loachamin Boulder County’s first Latina commissioner, hoping not to be the last

Loachamin, who will be sworn in as county commissioner on Tuesday, hopes her time in office will encourage other Latinos and Latinas to run: “To figure out a pipeline of Latinos who can run for office and who will know how to do that.”
Jan 11, 2021 1:30 PM By: Silvia Romero Solís 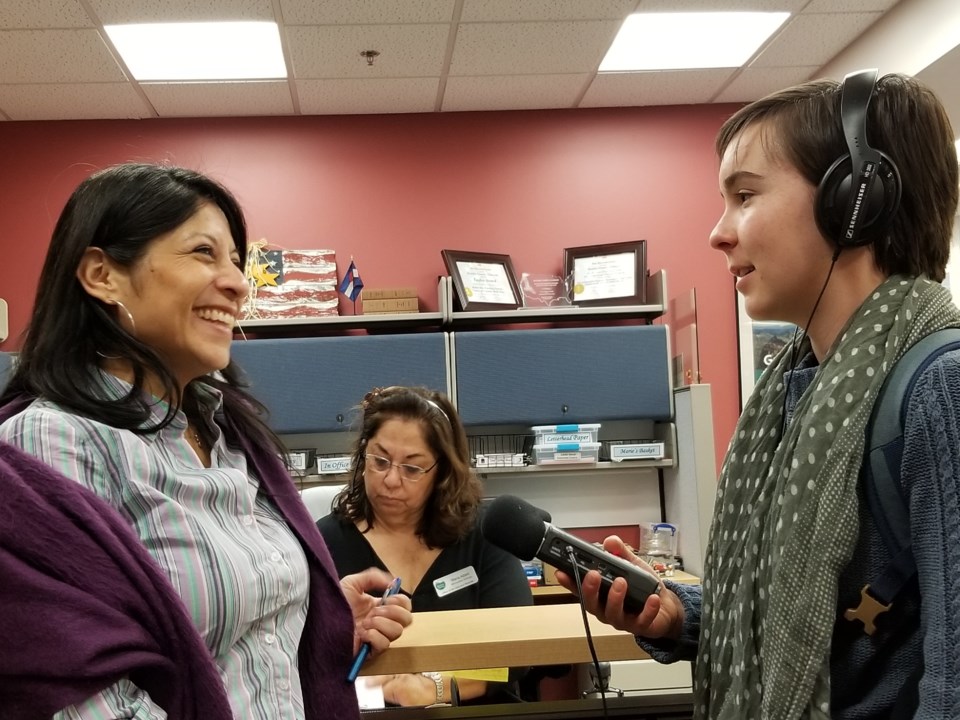 Marta Loachamin at a petition submission in February, being interviewed by journalist Lucy Haggard.Courtesy photo

As the first Latina to be elected a Boulder County commissioner, Marta Loachamin made history on Nov. 3. An Ecuadorian by birth, she has been living and serving the Boulder County community since the early 1990s, spearheading the movement for equitable opportunities and representation.

Loachamin recalled 1992 as an important milestone year in her personal and professional life, one that set her on the path that led to her recent election.

“At (the University of Colorado Boulder) as an undergraduate student, I was really involved in the student movement at that time, which ended up being a strong social movement to create and demand the development of an ethnic studies department along with a few other projects,” she said. “That was really the big piece of realizing the way that we have to collaborate and come together for social movement, and what that means.”

Later, in her graduate studies at CU, for the first time she had a professor who looked like her, which sealed her understanding of why representation is important.

“Going back to graduate school and ...looking at the data … the majority of college teachers were white women who aren’t equipped to address DACA (Deferred Action for Childhood Arrivals) stories, support families with language access issues or other types of trauma,” she said. “This representation to me is really important, in all kinds of different careers and positions of authority.

“For me public service is a way to give back and also a way to support kids who, unfortunately, for the longest time are not told that their language skills and their stories are actually gifts, and that their talents and their skills need to be brought up.”

Early on Loachamin, worked in the food service industry, as an educator in South America and in St. Vrain Valley School District, and simultaneously ventured into the world of banking and finances and later joined the real estate industry.

“My career in real estate, looking back, was a very clear response for me to gain knowledge and expertise on the financial system in the U.S.,” she said. “This is key to how we as the Latino community can really change the stories and narratives and who we are and what we bring, outside of everything that has been constantly talked about in this country.”

Over the years, Loachamin has been involved in countless projects and efforts across the county as a professional consultant and volunteer.

She was part of the delegation in that won Longmont the All-America City Award in 2006, worked on a project in the late 2000s looking at the impact of predatory lending before and during the mortgage crisis, and from 2016 to 2018 led the facilitation of Resilience for All,  a city of Longmont community assessment designed to identify barriers and create a bridge between a vulnerable sector of the Latino population and community resources and local governments after the 2013 floods.

“When a young woman in a focus group (that was part of the assessment) told me: ‘Miss, tell them to let us speak for ourselves,’ that was the voice that launched this campaign in 2018,” Loachamin said in a primary election campaign video. She also said the COVID-19 crisis will have economic impacts similar to the floods, and marginalized groups must not be left behind.

“We know better and we must do better,” she said.

Carmen Ramirez, community and neighborhood resources manager at the city of Longmont, said Loachamin was invited to work on the resiliency project not just because of her ability to go out into the community and build trust with people so they would  share their stories, but also to come back and share the data needed to understand the issues and create change.

“(Loachamin) has done a great job connecting at the grassroots level with the community, and she did it with all people, not just Latinos,” she said. “She knew how to bring enthusiasm to people who are disenfranchised … who did not feel included or honored by the Boulder County political machine, and who wanted to have true community representation.” 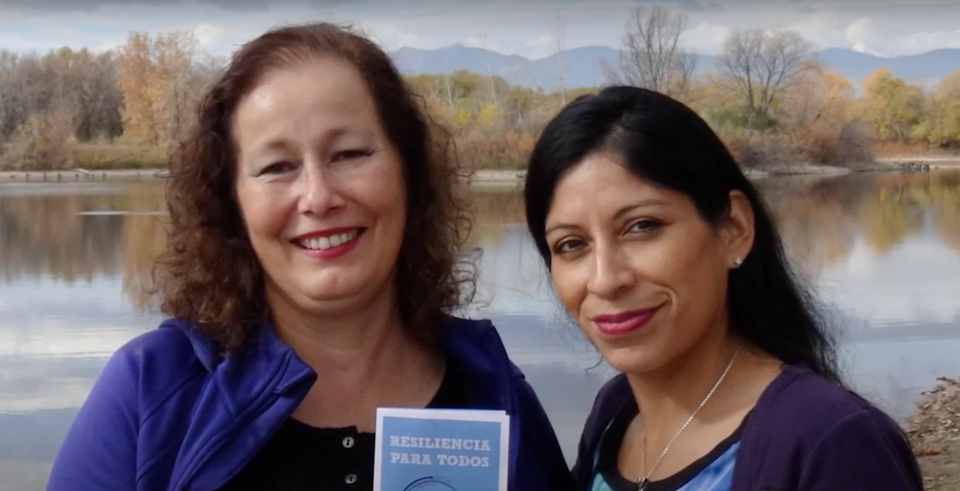 Carmen Ramirez, left, and Marta Loachamin in a screeshot from a YouTube video shot after finalizing Resiliency for All project in 2018. By YouTube screenshot
Loachamin is an excellent example of a cultural broker, who illustrates the value of cultural brokers beyond the front lines and the importance of having members of the community at the decision-making table, Ramirez said.

“This woman has never had just one job. She is hardworking. She is dedicated to the community and to empowering people. She doesn't want to take care of people, she wants to give power to people and bring those voices to the table,” Ramirez said. “She is not one to shy away from accountability.”

Loachamin, who will be sworn in as county commissioner on Tuesday, said throughout her career she has seen diverse voices consistently missing from a number of settings from classrooms to board rooms.

“There is a lack of representation, and I have seen that in a lot of different places,” she said. “There is a difference between valuing and giving true decision-making abilities or capabilities to our Latino community ... and we see that all over.”

Her priorities center on affordable and accessible housing, economic opportunity, social justice and equity, climate action and stewardship of resources, and she said true community engagement is the mechanism through which many major issues can be addressed, she said.

“Whole sectors of the community haven't been part of the process to come up with creative solutions … I want to muster community engagement in new ways,” she said. “That's my goal: How can I engage folks into all of these different major priorities that the commissioner's office already has set up? How to bring more folks into the know.”

Eventually, she said hopes her time in office will encourage other Latinos and Latinas to run: “To figure out a pipeline of Latinos who can run for office and who will know how to do that.”

Ramirez said she shares in that vision.

“I am so proud of her for all her hard work,” she said. “I would like to see Boulder County work on her not being just the first but, more importantly, not being the last. (To) think about where do we need more diverse voices and recognize the leadership and issues of our communities of color.”