Raise a glass, contribute to a charity: This local brewery is supporting the diversification of the industry one beer at a time

A Longmont brewery has partnered with a national nonprofit organization seeking to increase diversity and inclusion in the craft beer industry.
Jan 1, 2021 9:00 AM By: Silvia Romero Solís 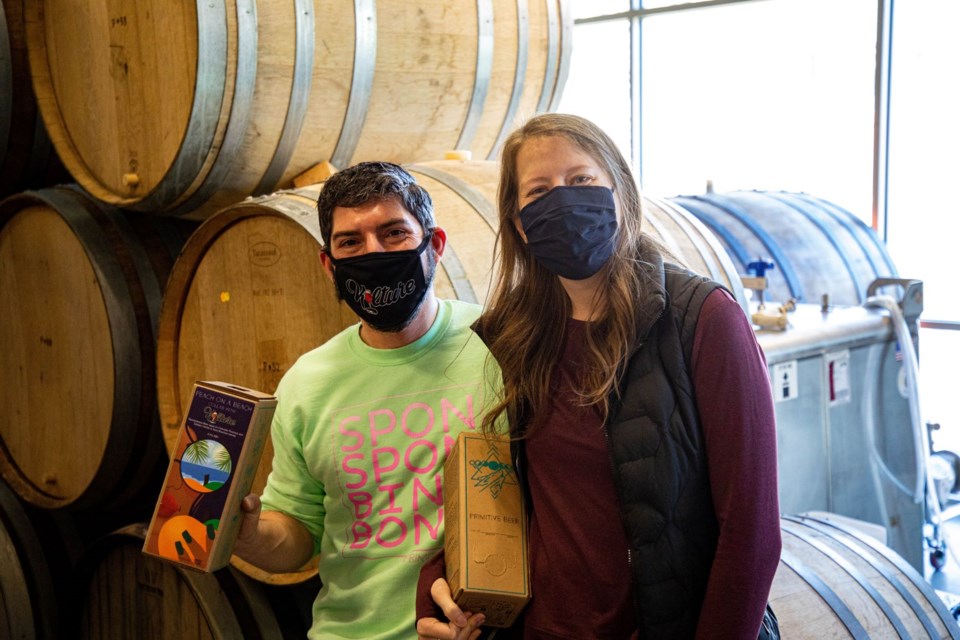 On Monday, Primitive Beer, a local brewery that specializes in producing spontaneous, barrel-fermented beer inspired by centuries-old Belgian brewing techniques, released a new collaborative, or “kollab,” beer, Peach On A Beach, to support Beer Kulture’s scholarship program to bring more people of color into the industry.

“All the proceeds from the beer will go to Beer Kulture, we’re raising money for scholarships to get more people of color into the beer industry,” said Lisa Boldt, co-owner of Primitive Beer. “It’s a very inclusive industry that needs some help, and this will help get more people who are excited but have not had the opportunity to get into industry. It’s a really valuable mission.”

The brewery is a small business and passion project for Boldt and her husband, Brandon, who have worked since 2016 to bring their vision to life and opened their local tap room in the Prospect New Town neighborhood in 2018.

“All of the ingredients we use are from Colorado. We support local farmers and local growers, there is very high quality agriculture in Colorado,” Boldt said. “We are a brewery so it's hard to work with some charities because we make alcohol … but we have an audience and if we can get the word out there about Beer Kulture’s mission and get more money raised, we want to be a part of it.”

The partnership goes beyond the scholarship initiative. The Boldts have partnered with Beer Kulture in the past for a drive that raised enough to provide school supplies for 20 kids across Boulder County, Lisa Boldt said.

Beer Kulture also commissioned black artist Devon Blow to design the Peach On A Beach label as part of its ongoing work to bring more people of color into the industry, said Lateisha Cook, CEO, co-founder and president of the nonprofit.

Beer Kulture’s mission is to create collaborative efforts to increase equity and inclusion, and the nonprofit and Primitive Beer have developed a good partnership grounded in a commitment to that goal, Cook said. 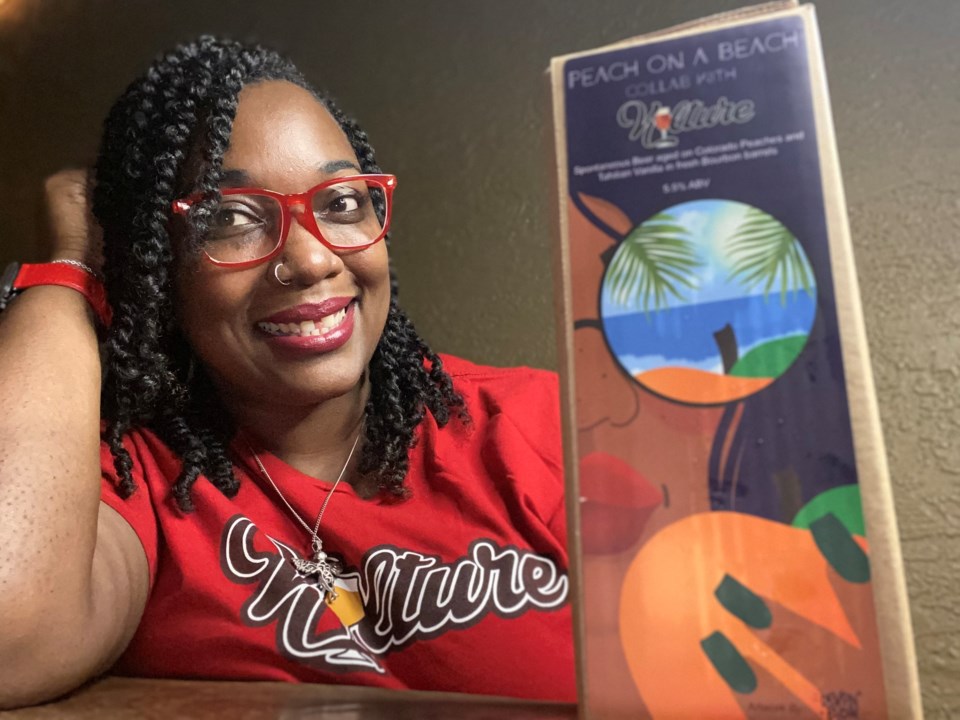 Latiesha Cook, CEO of Beer Kulture, with a box of Peach On A Beach, the collaborative beer brewed with Primitive Beer in Longmont. By Courtesy photo
“We fell in love with them… (and) what we do is collaborate together so that we can affect change in our local communities,” she said. “It doesn't stop at the liquid. The collaboration is what happens while we're working on the liquid, so we are constantly communicating about how to create change, how to cultivate change with the funds that we're producing through the liquid.”

In addition to the push for a common goal, Peach On A Beach also aims to give people a sense of escape from a tough year, Cook said.

“On the heavier side, there have been lives lost, jobs lost, sickness and division. But we’ve lost little things, too, like the ability to travel and go on vacation,” Cook stated in a news release. “Peach On A Beach offers an opportunity to have that beach vacation, at least mentally … a brief moment of escape from 2020.”

Brandon Boldt in the news release described the brew as “beginning with an eruption of decadent vanilla, baking spice and candied-peach aromatics, the flavor is smooth and balanced between fresh peach skin and oak tannins, finishing crisp and subtly acidic. While not sour, the tartness of the base beer is a beautiful counterbalance to the fruit and spice.”

Peach On A Beach is being released in Primitive’s bag-in-box packaging rather than cans or bottles.

“With this approach, the beer is purposefully still (without carbonation), so that it can be enjoyed in multiple sittings without risking oxidizing and staling the beer. The packaging method also accentuates the delicate wine-like qualities of Peach On A Beach, derived from the Belgian-inspired approach that Primitive takes to brewing,” according to the news release.

Peach On A Beach can be purchased online and picked up on Saturdays at the Primitive tap room, 2025 Ionosphere St., Unit 101, or  delivered as long as supplies last.