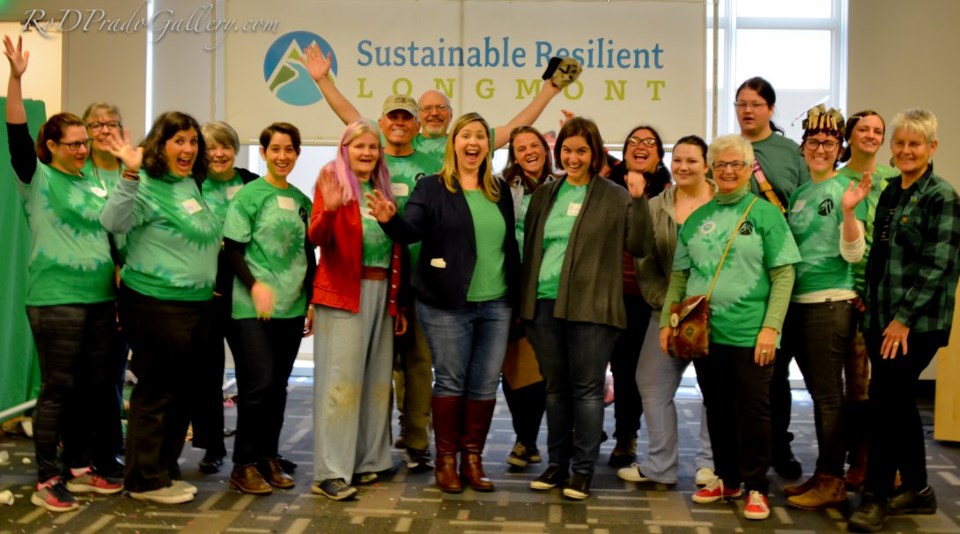 Sustainable Resilient Longmont (SRL) is a non-profit which supports three pillars of sustainability: environmental protection, responsible economic growth, and social equality. It collaborates with Longmont residents, utilities, and the city to cultivate a sustainable and thriving city, and is a hub for education, advocacy, and action.

"Conservation and air pollution is a huge issue," says SRL Board Chair, Abby Driscoll. "We finally have the technology and marketing to move away from fossil fuels. I really think people understand it matters." Driscoll believes changes can be made at an individual level and at a policy level.

The organization has a history of building bridges between civic, utility, and environmental concerns. SRL supports Longmont's transition to 100% renewable energy by 2030, and has been working with the city for several years to create a plan to reach this goal.

When Longmont failed to reach EPA standards for clean air in 2007 it received a Recovery Act grant in 2009, which the city has navigated through ups and downs of legislation. In November 2016, the Sustainability Plan passed City Council, and Lisa Knoblauch was hired to oversee its development.

SRL has a renewable energy committee, which presents information and proposals to the Platte River Authority. Recent activity shows a forward momentum in reducing carbon pollution. The Platte River Power Authority recently committed to transitioning to 100 percent non-carbon electricity by 2030.

SRL also manages a Zero Waste program which holds community cleanups and educational events to better educate residents on adapting a zero-waste mentality. This branch of SRL focuses on education initiatives, and advocacy and action. The Zero Waste Committee also hosts tours of recycling, water, trash, and composting facilities, so residents may have a "holistic educational experience" (according to its website).

SRL recently announced the hiring of Rachel Zelaya as the Program Coordinator.

"We're thrilled to bringing Rachel on board to help propel Sustainable Resilient Longmont into the future," says Driscoll.

Zelaya was an Agricultural Peace Corps Volunteer in West Africa and has worked in nonprofits before joining the SRL. She has a Bachelor's from Brown University and a Master's in Classics and Teaching Latin from the University of Colorado-Boulder. It was Zelaya's love of nature and the environment which led her to the current position at SRL. Work in other non-profits and running her own business in Longmont add to her experience.

Zelaya and Sustainable Relisience Longmont have plenty on the horizon to tackle, based on present and past involvement. Driscoll says the work can be overwhelming because their goals encompass so many environmental concerns, however, is confident that they chose the right person to lead them through.

As its staff number grows, SRL maintains a strong relationship with resident volunteers who want to help. The group is in its fifth year as a local nonprofit and offers several ways to be involved, including committees and events.