Owner Wes Isbutt fears the lack of nearby parking may cause his business to go fail after two hard years of dealing with COVID restrictions.

Macie May
Jan 5, 2022 11:00 AM
Previous Next
1 / 1 No parking zones extended outside Westside Tavern along Third Avenue due to safety concernsMacie May
Expand
Previous Next
Listen to this article
00:05:59

A comment about traffic at a Coffee with Council has caused controversy in Longmont.

A Longmont resident, who did not provide a name, attended a Coffee with Council meeting in the early fall, according to Marcia Martin, Longmont City Council member.

Martin could not remember the exact date of the meeting but recalled listening to the resident’s concern that the intersection of Sherman Street and Third Avenue was unsafe due to parking on Third Avenue. The resident remarked the parking blocked sight views making it unsafe and difficult to turn onto Third Avenue.

City staff took notes and presented the issue to the engineering division to review.

According to Becky Schol, senior communications and marketing manager for the city of Longmont, the engineering division staff visited the area on “six different occasions at different times of day to observe parking patterns.”

“Staff observed the parking patterns and sight distance concerns and determined that the change in parking restrictions was the appropriate solution to immediately improve visibility and safety in this area,” Schol said via email.

Staff noted that there were several vehicles parked on Third Avenue in the late afternoon and early evening hours which “obstructed the lines of sight required by city standards. The view impacts the safety of vehicles accessing Third Avenue,” Schol reported and cited section 205.02 of the city of Longmont’s design standards. 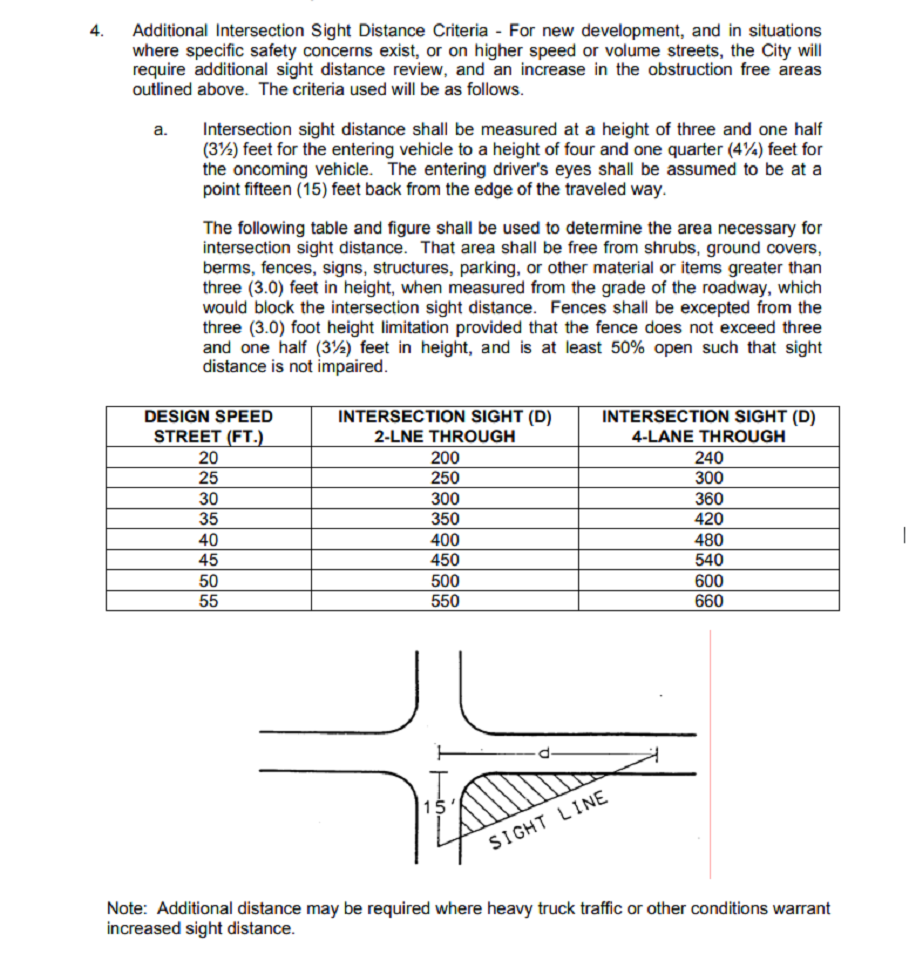 The posted speed limit is 25 mph along Third Avenue, another recent change in the area in an attempt to slow traffic in the area down.

On Dec. 27, staff from the city of Longmont posted no parking zones in the area.

The next day, owner Wes Isbutt of Westside Tavern, made a post on Facebook outraged at the change and fearful for his business.

Isbutt stated in an interview that he believed residents of the neighborhood surrounding the tavern had complained about his business, specifically the parking of his patrons.

The Westside Tavern resides in a 106-year-old building that has held its historic landmark status, not because of the building, but because it has been a neighborhood gathering place for much of its history, Isbutt said.

Isbutt believes a few of the neighboring residents were able to get no parking zones established around the intersection a few years ago but felt fine with the city’s decision to add signs stating “it made sense for people to see at the intersection.”

However, the recent removal of parking along Third Avenue was too much for Isbutt.

“This was done specifically to target us,” he said not believing comments he received from the city of Longmont or City Councilmember Martin that the changes were made for mitigating traffic safety.

“This is sneaky,” Isbutt said. “People unknowing there is a change, unfamiliar with the change are now going to be targeted … People are going to make the choice of not getting a parking ticket versus coming here.”

He also believes the city did not do its due diligence in speaking with the neighborhood before making the changes and that the decision was made to target his business based on the comments of only a few neighbors, he said in an interview.

Isbutt’s biggest concern is that the changes to the parking will dramatically harm his business.

Isbutt said his business has struggled throughout COVID to stay afloat. With an already limited space, he was not able to invite many customers in when early COVID restrictions were lifted. The week between Christmas and New Year’s is one of his busiest and without nearby parking he believes customers will choose elsewhere to dine.

The tavern itself does not have a parking lot and depends on street parking for its customers. He is concerned his customers will receive parking tickets or will have to walk several blocks to his business.

Tyler Stamey, city of Longmont transportation engineering administrator, estimates 12 to 13 spaces were removed from the area. The removed parking areas and sightline calculations are drawn on the map below. 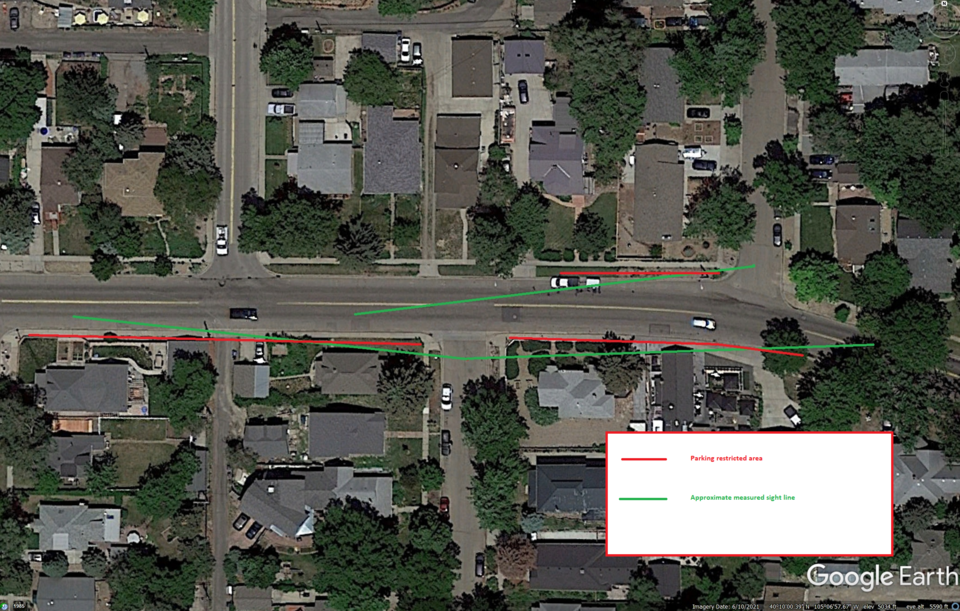 New parking signs were placed in the area, notifying drivers to the change in parking, however, no official notice went out to the community. According to Schol, this was a miscommunication between city staff and signs were installed before the intended notifications went out, Schol said.

“We recognize that this was part of the problem, and apologize for not issuing a timely notification prior to installing the signs,” Schol said, adding, “at the same time, the parking restrictions in this area of Third Avenue are critical to resolve the line-of sight-issues and provide an improved level of safety at these intersections. These are fundamental issues of safety for our residents and for patrons of local establishments.”

The city has now sent official notifications out to residents in the area making them aware of the changes to the parking areas along Third Avenue. According to Schol, the posted signs are official traffic control devices which are enforceable by the parking enforcement division.

Isbutt claims in his Facebook post that the city of Longmont contracts out with a third party for parking enforcement based on a conversation he said he had a conversation with a “meter maid” attempting to give a ticket to car parked outside his establishment.

Other than Isbutt’s account, The Leader was unable to confirm this to be true. The city of Longmont has its own parking enforcement officers within the city’s Code Enforcement Division and Longmont Police Department, Schol said.

Isbutt has hired a lawyer to fight the issue but was told that until a customer gets a ticket, there isn’t much he can do.

“I don’t have the money to fight this … I don’t know what to do,” Isbutt said

Macie May has built her career in community journalism serving local Colorado communities since 2017.
Read more