Locally, car thefts were up about 30% from July to November, according to Longmont Police Sgt. Matt Cage, who said a car thief was arrested Monday night and another was arrested on Sunday.
Dec 2, 2020 11:00 AM By: Ben Markus, CPR News 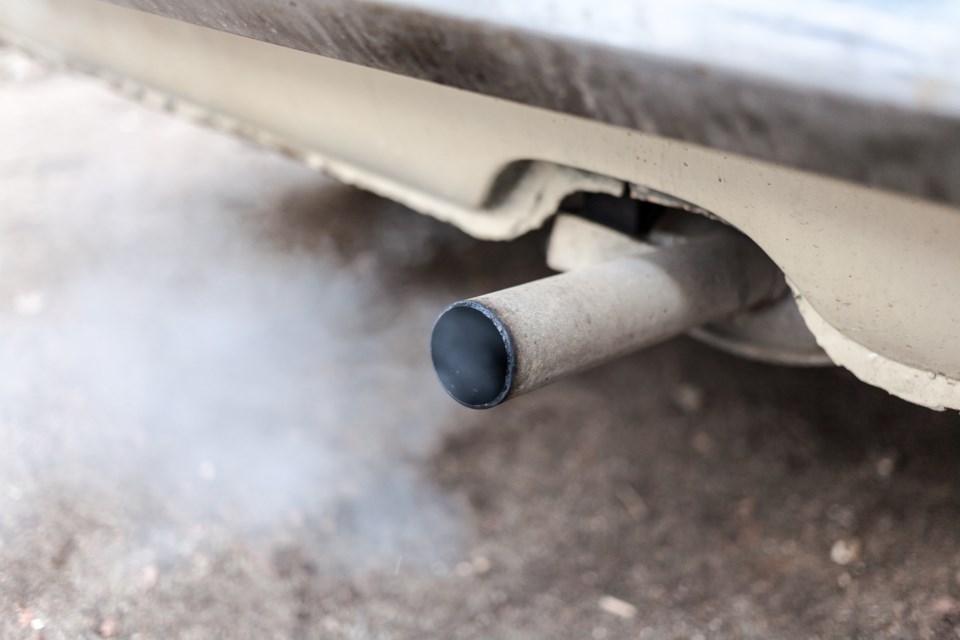 Editor’s note: This story was originally published by CPR News and shared by AP StoryShare. It has been supplemented by local reporting.

Lakewood Police Commander Mike Greenwell has seen a little bit of everything in his 38 years as a police officer, but the current wave of car thefts in metro Denver is unlike anything he has ever experienced.

In the last quarter, July to September, there were 63 car thefts per day in metro Denver, up from 35 per day in the same period last year — an 80% increase.

One of those was a van being used by a man painting Greenwell's house.

“He called us and he said, ‘I'm going to have to put off coming to paint your house for two weeks because my van got stolen,’” said Greenwell, who oversees the metropolitan auto theft task force. “He said it would cost him almost $12,000 to replace the equipment that was in his van.”

COVID-19 forced many people to work from home, creating lots of targets for car thieves.

“The apartment complex parking lots were filled up and apparently car thieves didn't hear the governor's order and didn't stay home and they went out and found all these cars,” Greenwell said.

Locally, car thefts were up about 30% from July to November, according to Longmont Police Sgt. Matt Cage, who said a car thief was arrested Monday night and another was arrested on Sunday. And just last month three stolen motorcycles were recovered in the city, he said.

“We’ve made lots of arrests,” Cage said. “(Car theft) has definitely spiked and we’ve noticed that. We’re doing our best to help.”

In the city of Denver, car thefts have risen steadily over the years but accelerated in 2020. The number of incidents has surpassed last year’s total by 33%, with about two months left this year, according to DPD data. That’s almost 7,000 stolen cars in the city alone.

“COVID itself has only served to exacerbate this problem,” said Denver Police Chief Paul Pazen. “I don't think any of us anticipated this significant spike.”

It’s the highest volume crime in the city.

The metro auto theft task force reports that last quarter 72% of cars were recovered within 30 days, but Pazen said these thefts hit the most vulnerable populations. Older model cars, late ’90s to early 2000s, have fewer anti-theft features and are much easier to steal.

“They may have only one motor vehicle,” Pazen said. “It really puts a significant impact on a family that's dealing with some challenges already to then have their mode of transportation taken away.”

In Longmont, “puffing” — leaving a car running and unattended, more common in the winter when drivers want to warm up their vehicles — has been an invitation to thieves, Cage said.

Eleven “puffers” have been stolen this fall, he said.

In a Facebook post, the police department stated those 11 thefts had happened since Nov. 1 and that seven had occurred since Nov. 16. Three of those seven cars stolen since Nov. 16 were left running at a gas station or convenience store, according to the post.

Cage stressed the No. 1 thing residents can do to prevent becoming a victim of car theft is to never leave their vehicles running unattended. Other tips he offered include always locking vehicles, never leaving keys or valuables in vehicles and parking as close as possible in a well-lit area.

“You might wake up your neighbors once or twice a year, but car alarms are great,” he added.

Stealing the car is often just the first in what is a chain of crimes. One stolen car retrieved recently had more than 1,000 pieces of stolen mail in it, according to Greenwell. Work trucks are also popular with thieves, he said, because the tools they carry can be pawned.

Cage, too, said stolen cars often are used to commit other crimes because of the anonymity they provide.

Because new cars are hard to break into, thieves have targeted working-class neighborhoods. But the thefts can still have a ripple effect that reaches all car owners.

The coronavirus has added to car thefts in another way. To avoid overcrowding in jails, and the possibility of outbreaks, car thieves are released from jail to await trial not long after getting arrested, and they go right back out to steal again, according to Greenwell.

He said it’s a disheartening cycle.

“We've even had people tell us, ‘why are you putting handcuffs on me? You know I'm not going to jail.’”

In Boulder County, Sheriff Joe Pelle said the jail's capacity is 560 when inmates are doubled bunked. However, because of COVID, that capacity has been reduced to 280 to 300 inmates at any given time.

Outbreaks in a jail "are pretty horrific right now," he said.

Standards are restrictive about who can come to jail during the pandemic, with felonies, victims' rights cases and domestic violence-related crimes all meeting the bar, Pelle said. Felony property crimes do, too, he said, but the reality of the pandemic means many people booked at the jail for such offenses are released on personal recognizance bonds within a few hours.

People charged with misdemeanors or municipal traffic offenses aren't being accepted at the jail, he said, adding such decisions were not made by the jail, but by the courts and the district attorney and public defenders offices.

Reducing capacity and limiting who is admitted to the jail is not ideal "but I don't want to kill people," Pelle said.

Lower numbers mean inmates can be isolated and tested for COVID before they are incorporated into the general population, he said.

"We're trying to protect our staff and other inmates and the only way we can do that is to keep our numbers low," Pelle said.