Colo. 119 and Main leading spot for crashes in Longmont, per city study 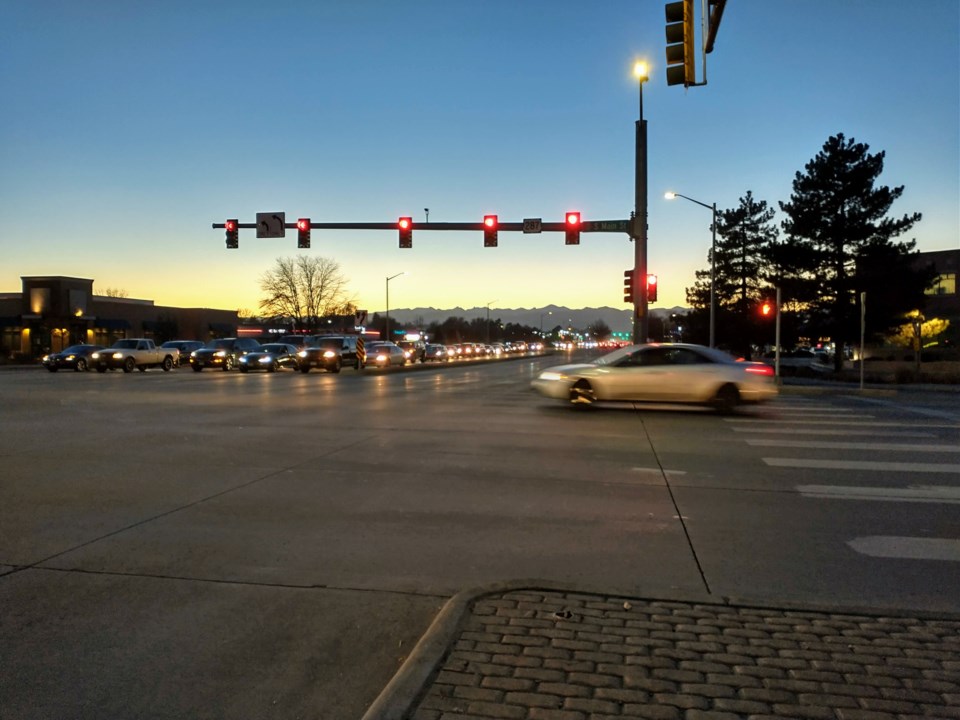 The intersection of Colo. 119 and Main Street saw the highest number of crashes of any Longmont intersection from 2015 to 2019, according to a city report. (Photo by Shona Crampton)

Longmont motorists are convinced they know where the city’s most dangerous intersections are lurking.

Debbie Schmidle has seen more accidents than she cares to recount at Hover and Colo. 119 including a fatality and car through a bank window.

“There are not so good intersections,” Nason wrote in response to a Leader Facebook post seeking residents’ input on the most crash-prone intersections in the city. “But these are the worst in my experience. The wrecks I’ve seen and almost had cars rollover on me just sitting at the light.”

“People need to slow down and drive defensively around here,” Nason added. “It’s ridiculous how many crap drivers there are.”

And it appears residents believe there is no shortage of other trouble spots in the city based on the responses the Leader received to its post asking about the location of the most dangerous intersections in the city and how they should be fixed.

Longmont’s traffic engineers recently took on those same questions and based on numbers crunched over the past five years, found that — by a fairly large margin — the intersection of Colo. 119 (or Ken Pratt Boulevard) and Main Street has the most crashes of any signalized intersection in the city. Their conclusions were presented last month to the Transportation Advisory Board.

The report stated the Main Street-Colo. 119 intersection sees more than 70,000 vehicles a day and recorded 290 crashes over the five-year period. Most — 203 — caused only property damage and 71 resulted in some injury. There were no fatalities recorded during the same period.

Those three factors are combined to calculate a composite crash index for each intersection, Stamey said.

That composite is nearly a full point higher than the next most troublesome intersection in the city. A crash frequency rate of 8.67 is the highest recorded at any signalized intersection in Longmont, according to the report.

Heavy traffic volume and distracted driving all play into the intersection being rated at the top of the crash index, Stamey said in an email.

“The large majority of crashes are property damage only, and are most commonly rear-end crashes,” Stamey said. “There are several factors that lead to rear end crashes — congestion, distracted driving, weather conditions, etc.”

The five intersections ranked just below Colo. 119 and Main Street and their average daily volume and composite crash indexes are:

The city is moving to improve many intersections throughout Longmont and is working with Boulder County, the Colorado Department of Transportation and the Regional Transportation District to improve the Colo. 119 corridor, also known as the Diagonal Highway, Stamey said.

The city in 2019 finished the Southwest Longmont Operations Study, which identified several improvements that could be made to the roadways and intersections generally bounded by Hover Street, Ken Pratt Boulevard and Nelson Road, Stamey said.The city is moving ahead with design work for several changes, including turn lane and grade separation improvements at Hover between Nelson and Ken Pratt, he said.

Earlier this year, Longmont tried for a U.S. Department of Transportation grant to provide funding for improvements at the intersection of Colo. 119 and Hover,  Stamey said. The total cost of the project is $26 million.The grant was not approved.

“We were unsuccessful in obtaining this grant for this funding cycle, but anticipate applying again in the future,” he said.

Meanwhile, Longmonters must learn to be better drivers, no matter the intersection, Thomas Anderson wrote in reply to the Leader’s Facebook post.

“They (intersections) are all dangerous,” Anderson said. “Why? Because way too many people either don’t pay enough attention, or are only focused on themselves, and making sure they get that next light, turn when they shouldn’t, make illegal turns because it’s convenient for them…”

CORRECTION: North 75h Street is the correct intersection to Colorado 66.