Some musicians have moved their performances to virtual venues, with the aid of studios and bars, or even their own living rooms.
Apr 4, 2021 2:00 PM By: Matt Maenpaa 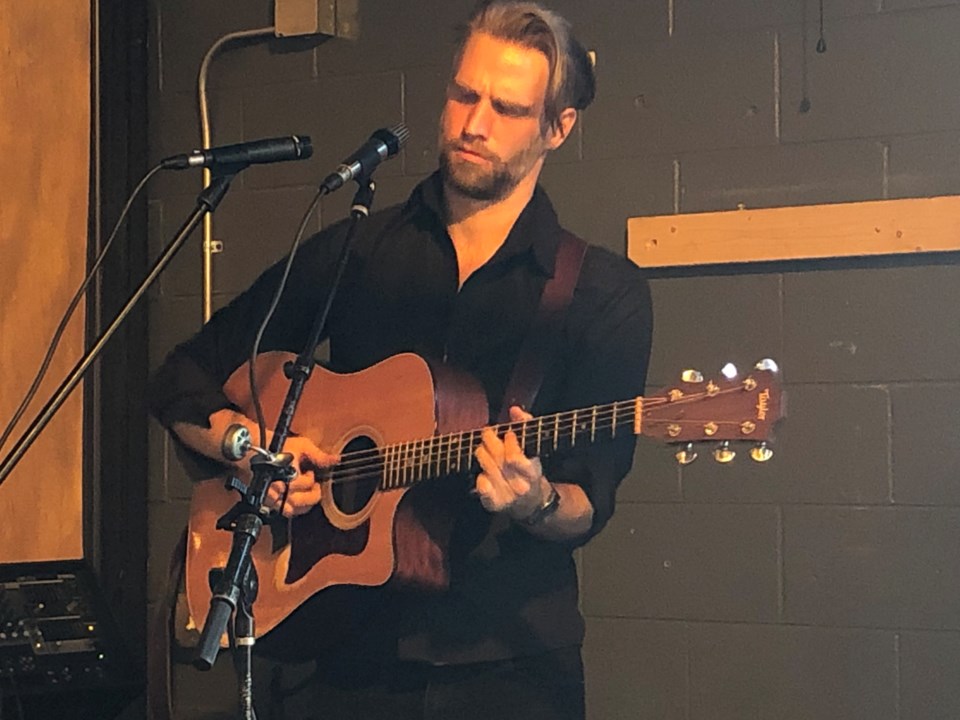 Andy Eppler plays at Longtucky.Macie May

More than a year after Colorado started its two-week mandatory lockdown, musicians have started to see a light at the end of the tunnel. While some venues, like Colorado’s famous Red Rocks Amphitheater, continue to push events further into the summer or reschedule shows until 2022, musicians have had to find new ways to adapt without the steadiness of live gigs.

“To be an artist, you must already be flexible and adjustable. So the hustle didn’t change, even if the market has moved,” said Longmont musician and artist Andy Eppler.

Eppler released an album in December of 2020, Brokedown Deluxe, a project three years in the making. With that release floating in the top 20 of the Colorado charts, Eppler considers it a triumph. Though he still continues his streaming “Hippie Report” — a live-streamed show Eppler hosts on Facebook — from the bathtub and other environs, Eppler is still more discerning when it comes to taking live gigs.

“It doesn’t seem noble to show up and be this noisy thing that makes people lean in closer,” Eppler explained. “There are too many risks right now, I don’t want to contribute to endangering our community.”

Some musicians have moved their performances to virtual venues, with the aid of studios and bars, or even their own living rooms. Longmont-based Foxfeather played a socially distanced concert at Longmont distillery Abbot & Wallace on New Year’s Eve of 2020, a marked difference from the crowded galas and concerts of New Year’s Eve past.

A collaborative cocktail, the Foxfeather Fizz, was paired with the virtual concert. The band played to the cameras and the nearly two-hour set was streamed on a variety of platforms. The revue can still be found on the Abbott & Wallace YouTube page.

Foxfeather released their song “The Rules” early on in 2020, with the official video coming together before the pandemic hit. Another version of the video, made as a submission for NPR’s Tiny Desk Concert series, was made after the quarantine protocols were already in place.

Filmed using home studios and recording equipment, the band recorded their parts individually and then edited the whole piece into something cohesive.

“We all had to use our own little home recording areas and recreate the emotion and vibe of the song while being apart. It was a wonderful creative outlet, if sometimes a bit trying,” said Carly Ricks-Smith, Foxfeather’s lead vocalist.

As of February of 2021, Abbot & Wallace started hosting live music and comedy nights. Though capacity for the distillery is still limited, they’ve taken some precautions to encourage safe distancing while still allowing for solo acts or duets to perform. The stage area has plexiglass walls on three sides, utilizing the alley entrance to the bar to create a better seating arrangement.

John A. Young, co-owner of Abbott & Wallace, said the response has been positive. “People are excited to experience live music and cocktails again. It’s great to have musicians back on our stage.”

Adaptation is key to being a working artist of any stripe or medium. Releasing an album in the midst of a global pandemic meant making changes. When Antonio Lopez released his latest album, Roots & Wings, the band live-streamed the event from Stone Cottage Studios, with proceeds of the tickets going to support Sound Bridge Music.

Sound Bridge Music works to “to use the power of music to make a positive difference in communities across the Front Range” per their website. Founded by Trish Applegate-Loetz and Oliver Jacobson in 2017,  Sound Bridge Music’s goal is to help musicians find new opportunities to showcase their work and connect with a greater community while making sure they can remain financially viable.

Lopez has made some shifts as well, focusing on substitute teaching as a means to supplement his income. “Part of being a working musician is wearing different hats. I've had substitute teaching in my back pocket as a side gig for the past decade,” Lopez said.

Finding alternative income streams led Antonio to a licensing deal with Assemble Sound, a Detroit-based studio and agency that helps artists get their work into advertisements, television and movies.

“I got my song on a television spot in Spain,” Lopez said. “It’s really something to get psyched about.”

Lopez still has his eyes set on supporting local artists, particularly with his organization, Sound Bridge Music. Collaborating with Stone Cottage Studios, they are working with local musicians to provide an opportunity to stream from a professional recording studio as part of a pilot program for The Common Thread — a multi-organization project creating new opportunities for working musicians since the start of the pandemic. A hybrid of streaming and the limited in-person audience is in the works for the near future.

“It seems like such a fun event, and you need to keep a distance from each other when flying a kite anyways,” Lopez said. “It’s a great opportunity for building community and connecting with the public.”

Lopez isn’t the only musician looking to support and give back to the community. Singer-songwriter Taylor Shae, who released her fourth album during the summer of 2020, kept writing through the pandemic.

Shae is releasing a new single, “Holding On,” on April 9. The Wheelhouse in Niwot is hosting a fundraiser with Shae on April 10. Proceeds of the fundraising campaign go to Rocky Mountain Music Relief — an organization supporting musicians in need of assistance during the shutdown of the live music industry.

In a press release about the new single, Shae states, “This song also speaks to the resilience of the music industry through immense hardship due to the pandemic. There is a strong sense of hope for a revival of the live music industry this summer and fall.”

Since the album Legend-Keeper released, Shae has been hard at work.

“This pandemic has made me realize how much I love and miss performing for a live audience and feeding off of that energy,” Shae continued. “But it also taught me how important it is to write music every day and keep flexing the creativity muscle to be able to grow and explore the undiscovered.”

Longmont’s Winter Walkabout Music Showcase would have been in its third year during 2021, but in the interest of public safety and keeping in compliance with restrictions on gatherings, the organizers changed their approach. Sponsors instead purchased albums from past Walkabout musicians, which were used as giveaways in packages for the 2021 event.

Jessica Carson, co-founder of the Winter Walkabout and founding member of local band Clandestine Amigo, explained, “there is really no replacement for live music, the community feeling, the energy in the room. We didn't want to try and move it to the digital platform, we felt like we should just wait until we can have the full event.”

Collaborations abound in the music world. Carson herself wears many hats, from community engagement and producing her own music, to being the director of Octave Records — a Boulder-based record label through PS Audio. The label will be releasing the next album from Foxfeather this summer.

“We are so excited to release our new album,” Foxfeather said in an email. “It has been very interesting recording a full-length project in the midst of the pandemic. With all of the COVID restrictions and necessary social distancing on top of the normal issues with scheduling multiple people, we have had to get creative about how to make it all work. Luckily we have had the pleasure of working with a truly amazing group of people, and, if there is anything we have all learned through this last year, it is the beauty of slowing down, of breathing. The album is coming together so nicely and we cannot wait to share it with our friends and fans.”

As the state continues to make adjustments to COVID-19 restrictions, and vaccines become more readily available, the future of live music in Longmont remains uncertain. Bars and musicians alike will have to continue to adapt and change, working together to find the best course.

“I do see a light at the end of the tunnel,” Young said. “But I think it will take all year to get there. Lifestyles have changed and people will be slow to venture back out.”

Downtown Creative District wants to establish sense of place and community
May 16, 2021 10:00 AM
Comments